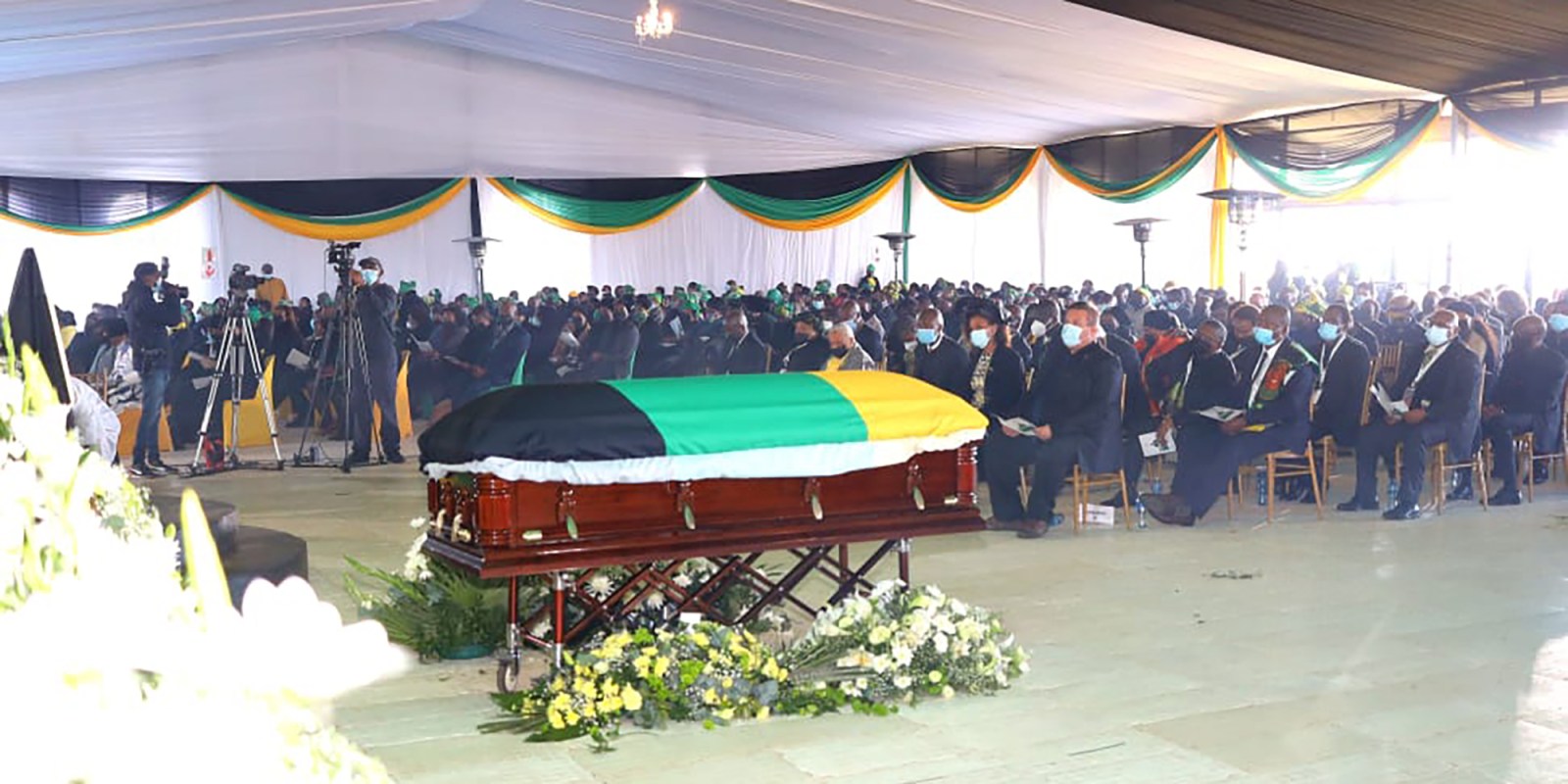 The funeral of former Johannesburg mayor Mpho Moerane on Sunday 22 May 2022. (Photo: Twitter)

'Comrade Mpho Moerane was the model of a servant leader,' President Cyril Ramaphosa said in his eulogy for Johannesburg’s former mayor and ANC regional treasurer, who was laid to rest on Sunday, 22 May.

“Bless this grave that it may be a resting place, peaceful and secure for the body of your servant, Mpho, for the sake of him who died and was raised and is alive for evermore. Amen,” said one of the pastors just before he circled the coffin, spraying holy water on the sides in preparation for it to be lowered into the ground.

Hamba Kahle Mkhonto Wesizwe was sung as the coffin slowly sank into the earth. The sombre moment was accompanied by tears from Moerane’s family members and friends.

Mpho Moerane died at the Netcare Milpark Hospital in Johannesburg on Wednesday, 18 May, of injuries sustained in a car accident a week earlier. His funeral was attended by senior ANC and government officials, including president Cyril Ramaphosa, ANC treasurer Paul Mashatile and Gauteng Premier David Makhura.

Makhura described Moerane as a gentle soul, conveying his condolences to the family on behalf of the people of Gauteng.

Moerane was born in Alexandra in Johannesburg 52 years ago. He matriculated from Minerva High School in Alexandra, after which he pursued a course in electrical engineering and attained a project management certificate. He was in the restaurant business before his election to the Johannesburg city council.

“You have lost a very dependable pillar of the family,” said Makhura. “I must also say nothing prepared the ANC in Johannesburg and the ANC as a whole within 10 months to be burying the third pre-eminent councillor who occupied the seat of the mayor.”

Johannesburg has lost three mayors in less than a year: Geoff Makhubo died from Covid-19 complications in July last year, shortly after he was elected, and Jolidee Matongo, his successor, died in a car accident two months later.

Mourners heard that Moerane supported a number of causes, including developmental and charitable work where his fundraising skills were essential. “He helped raise a lot of money … for developmental work. He also helped educate young children and supported golfers,” said Makhura.

“We all held hope that our brother Mpho would recover from his injuries,” Ramaphosa said. He added that Makhura had kept him up to date about Moerane’s health after his accident. He gave his condolences to the family and to the ANC in Gauteng.

Moerane assumed membership of the Mayoral Committee for environment and infrastructure services in 2019, when Makhubo became mayor of Johannesburg. Moerane remained as MMC during Mathongo’s tenure as mayor of the city.

Makhura said Moerane had impeccable fundraising skills, was dedicated to serving and his life was a powerful statement. He said Moerane would be remembered for his generosity and collegiality.

“As I listened to all the tributes to comrade Mpho, the one tribute that stood out was his approach to work, to voluntarism and selflessness. As I reflected on this, a bible verse, Isaiah 6 verse 8, came to mind, which says, ‘I’ve heard the voice of the Lord, whom shall I send? Who will go for us? I said, Here I am, please send me’,” said Ramaphosa.

Moerane is survived by his wife, Fikile, and their four children. 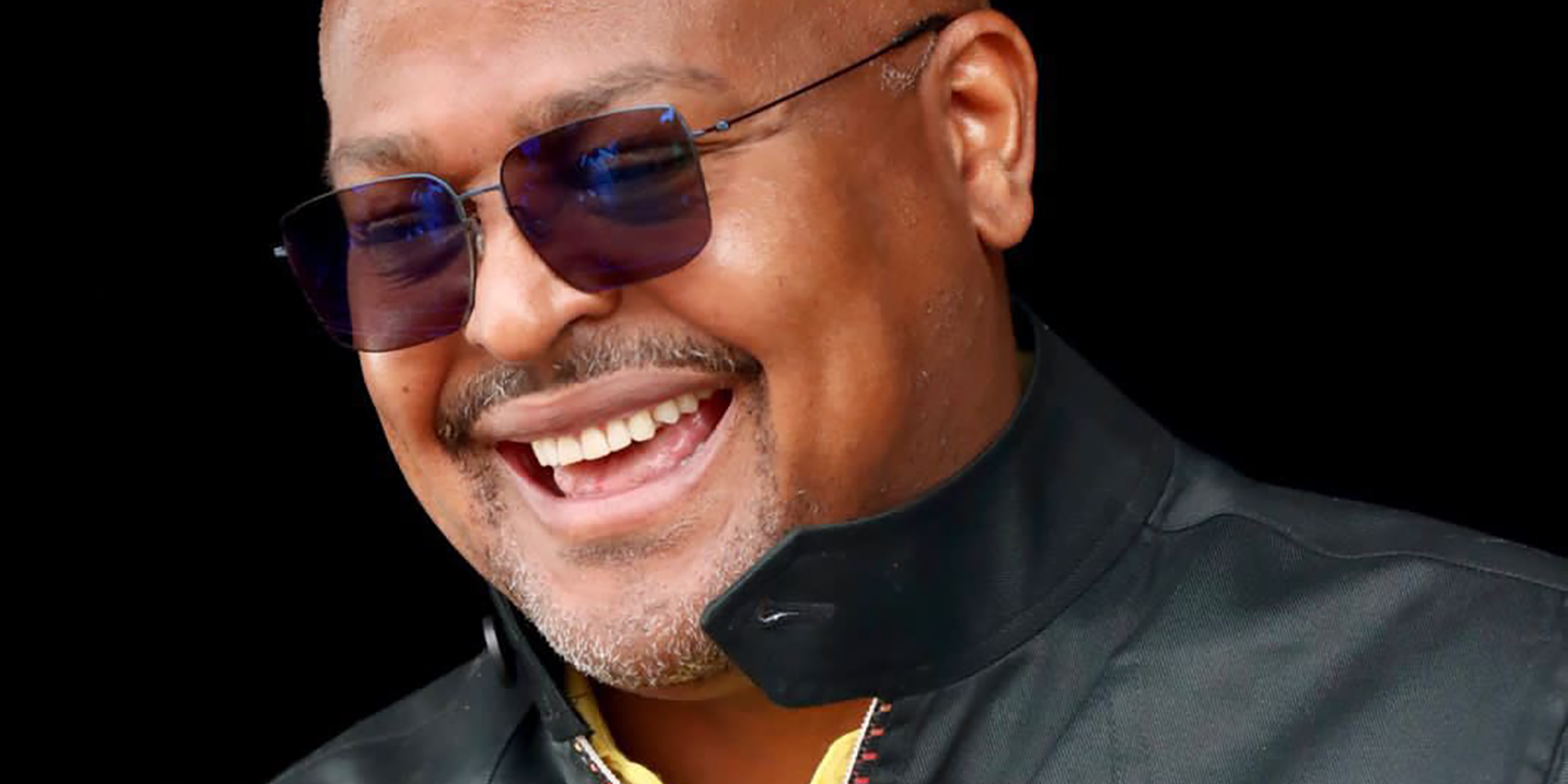 “When I was in Grade 2, I was bullied in school. I told my dad and he took me to school to point out the bully, and so I did. My father went up to the bully and said, ‘Don’t you ever bully my son’, and I was never bullied again,” one of Moerane’s sons said.

“You left a legacy, my husband,” Fikile Moerane said.

Ramaphosa told mourners: “Comrade Mpho Moerane was the model of a servant leader… After the 2021 local government elections, he had to move to another role to be the leader of the opposition and a leader of the caucus. He didn’t lay traps for the new executive mayor. He didn’t cling on the mayoral chain and cause chaos in the chamber.”

“I think the hurt is deep, but it’s in moments like this that we are reminded of our mortality and our fragility,” Makhura said. DM