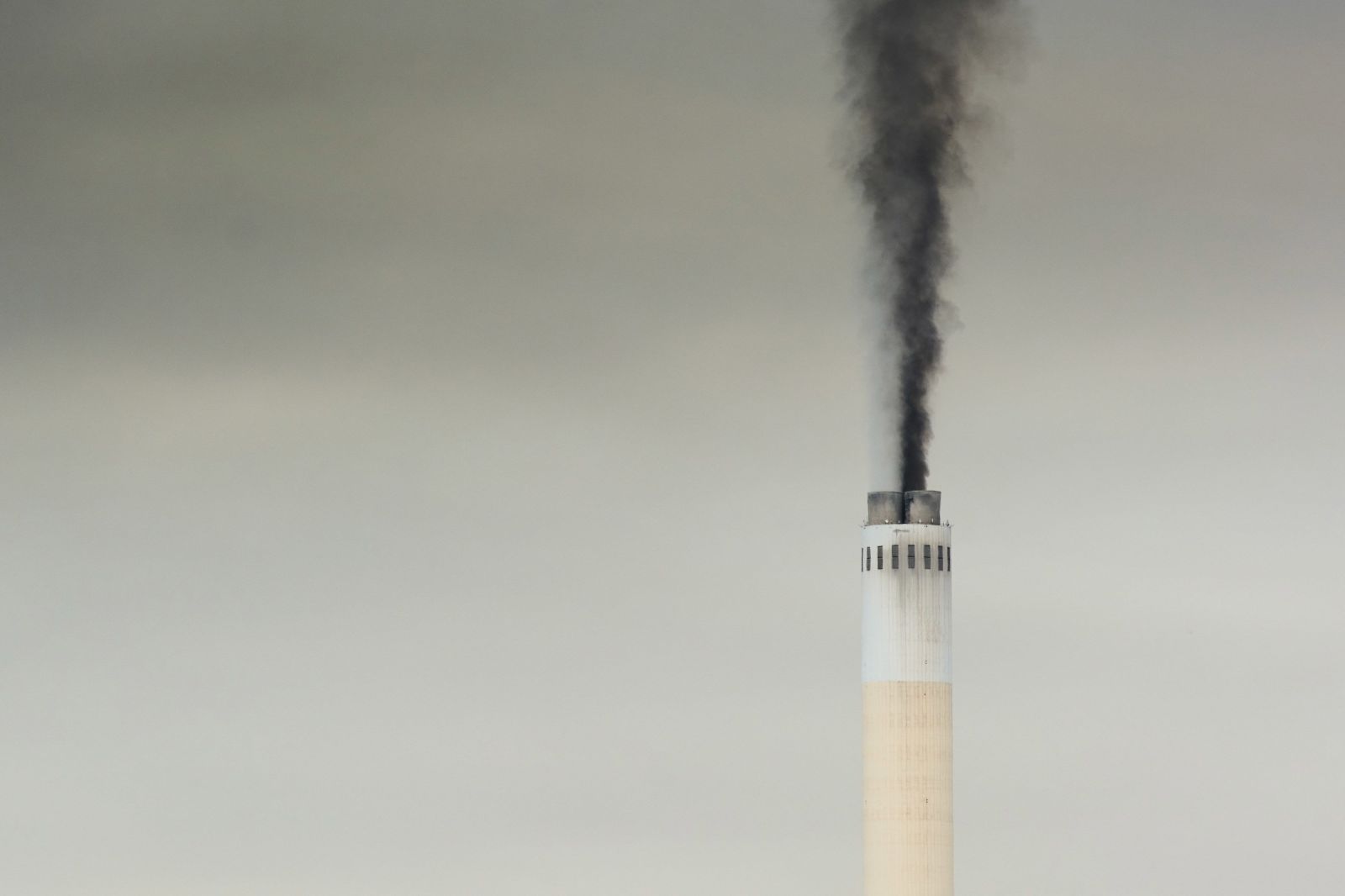 Emissions from a chimney of a coal-fired power station in Mpumalanga, South Africa. Image: Waldo Swiegers/Bloomberg

(Bloomberg) --A group of the world’s richest nations offered South Africa debt guarantees as part of a proposed $8.5 billion deal designed to cut the nation’s reliance on coal for power generation, people familiar with the talks said, potentially resolving one sticking point in the negotiations.

The guarantees would enable South Africa or companies such as state power utility Eskom Holdings SOC Ltd. to borrow money needed to close down coal-fired power plants and enable the generation of renewable energy, one of the people said. The people asked not to be identified as the talks aren’t public.

Such an arrangement would alleviate pressure on the South African government to guarantee any debt Eskom may need to fund its transition to renewable energy, the person said. By March this year, the National Treasury had extended 560.1 billion rand ($35 billion) of guarantees to state companies, with Eskom accounting for about 79% of that.

Concessional loans and grant funding would be included in the support, which was announced at the COP26 climate summit last year, and may be extended over the next three to five years. The deal is being funded by the US, the UK, Germany, France and the European Union.

In addition to funding Eskom’s transition, some of the money could be used to strengthen South Africa’s power grid and compensate coal-dependent communities when power plants close. The government also wants to use some of the money to kick start its green hydrogen and electric-vehicle industries.

Eskom and the EU declined to comment. South Africa’s Treasury and the UK’s COP unit didn’t immediately reply to questions. Representatives for the US Treasury Department and the office of US Special Presidential Envoy for Climate John Kerry didn’t respond to requests for comment.

The offer appears to be the latest effort to avoid increasing the South African state’s liabilities. If successful, it may support efforts to stem the downward trend in the assessment of the country’s debt, which is rated below investment grade by the world’s three biggest ratings companies.

Eskom, which has 416 billion rand of debt, is considering proposing that the government take on the loans and those funds be converted into equity in the utility when they are needed, a person familiar with the company’s thinking said in March. South Africa is the world’s 13th-biggest source of greenhouse gases, with about two-fifths of its output coming from Eskom.

Direct loans to Eskom from the partner countries would necessitate guarantees, Daniel Mminele, the head of the government’s negotiating team, said in an interview with News24, a South African website, published on Thursday.

–With assistance from Prinesha Naidoo, Jennifer A. Dlouhy and Jessica Shankleman.