‘Gas is going to be a game changer in the economy,’... 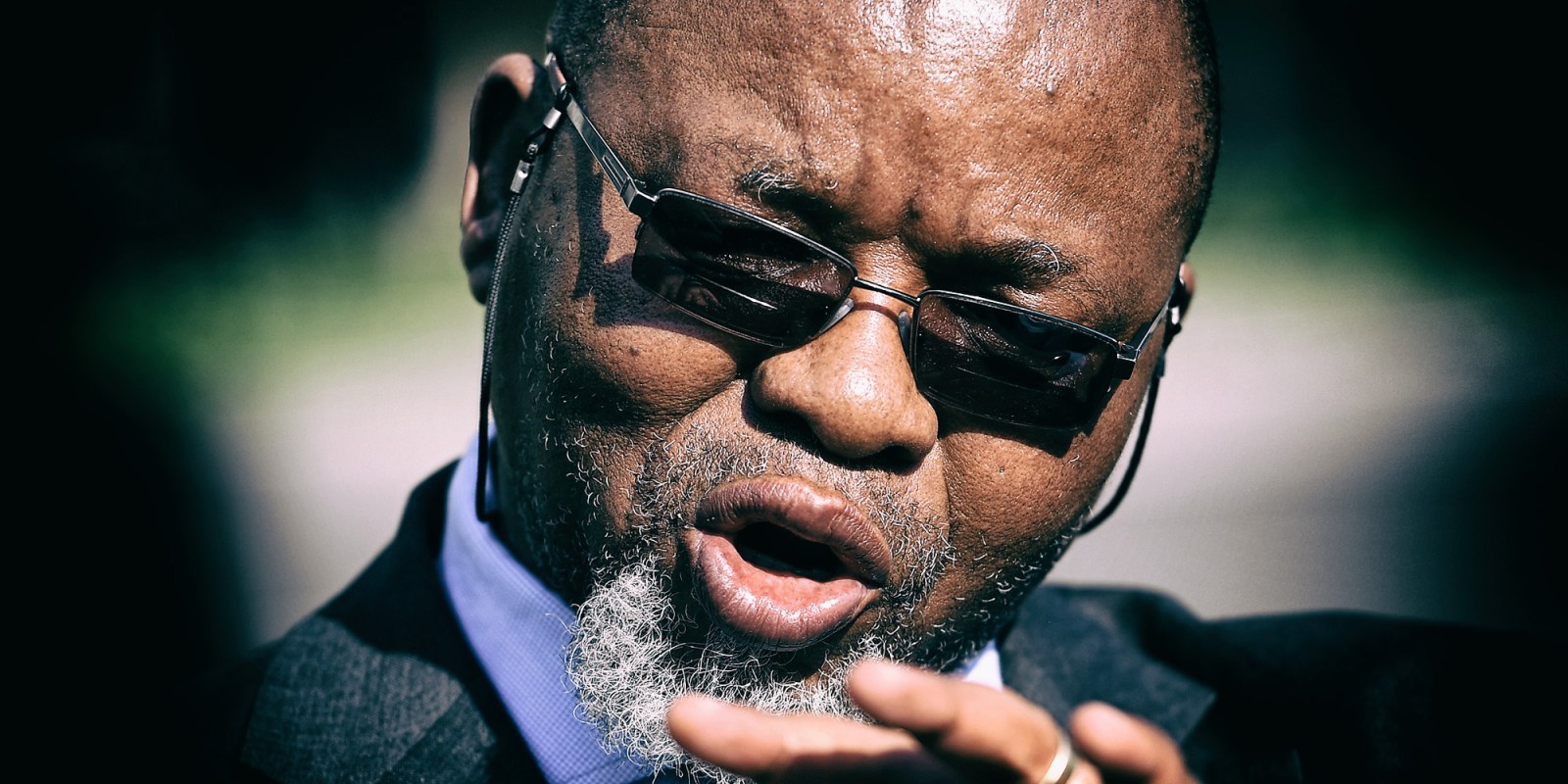 During his Budget Vote speech on Thursday, Minister Gwede Mantashe outlined key initiatives and programmes of the Department of Mineral Resources and Energy for the 2022/23 financial year.

‘The outcry that we are not addressing the shortfall of 4,000 to 6,000 [megawatts] of Eskom is not backed by facts,” said Minister of Mineral Resources and Energy Gwede Mantashe during the Budget Vote speech for his department in a mini-plenary of the National Assembly on Thursday.

“We’re giving you the fact that these projects are in the pipeline,” said Mantashe, citing how the Department of Mineral Resources and Energy (DMRE) was finalising requests for proposals for the procurement of an additional 13,000 megawatts (MW) of energy in this financial year.

Mantashe addressed South Africa’s energy crisis, which was constantly brought up by opposition parties during the mini-plenary.

He acknowledged that despite his department’s “various intervention measures, load shedding is commonplace, adversely impacting mining production and the economy broadly.” It was, he said, “a negative sector in the economy”.

He was quick to remind the National Assembly that Eskom “remains the primary generator of electricity”.

And therefore, every project that we’re putting in place is supplementing what should be the performance of Eskom, which has a connected capacity of 45,000MW, but hardly works and operate[s] optimally, even at 30,000MW.”

The minister strongly supports gas as a driver for the economy, stating: “If we are going to develop fully, we cannot write off and kill prospects of gas and oil development before it even starts.”

He said the Council for Geoscience had confirmed the verification of the Karoo shale gas samples that had been tested internationally, which meant that: “Shale gas deposits in the central Karoo are a reality and they are economical. Gas is going to be a game changer in the economy. And we appreciate the fact that even the EU now is labelling gas and nuclear as part of the green transition.”

Mantashe noted that the Upstream Petroleum Resources Development Bill had been tabled to Parliament and that iGas, a subsidiary of the Central Energy Fund, had acquired an additional 40% ownership of the Rompco pipeline, which transports gas from Mozambique to South Africa.

A gas master plan was at an advanced stage of development, he said.

In response to this opposition, Mantashe said, the DMRE had been engaging with communities to inform them of its plans for gas exploration.

“We, since February, therefore consulted some traditional councils in the Eastern Cape to help them understand the possible benefits of the upstream petroleum industry on their communities and our economy in general.”

He added that the department intends to engage more with traditional leaders and communities.

Mantashe said the DMRE was addressing the suspensive conditions from the energy regulator, Nersa, on a section 34 determination, which will ensure that the procurement of 2,500MW of nuclear energy is completed by 2024.

“The department will continue to exercise oversight on the Eskom implementation of [the] Koeberg Nuclear Power Station Long-Term Operation to ensure the security of the energy supply for an additional 20 years.

“That project is important to us. But there are some noises that are trying to resist it. But we have a responsibility to drive it through. That problem of nuclear waste remains a global problem, and we must resolve it.”

“We are running a tight ship,” said Mantashe, laying out where the DMRE’s budget of R10.4-billion for the 2022/23 financial year will go.

Nearly 80% of it, or R8.3-billion, is earmarked for public entities, municipalities and other implementing institutions – R5.7-billion will go to Eskom and municipalities for the implementation of the Integrated National Electrification Programme.

This year’s budget is 1.4% higher than the budget for the previous financial year, which Mantashe said was necessitated by information and communication technology costs to help backlogs in the processing of mining licence applications as well as funding for independent power producers’ offices.

After the minister’s Budget Vote speech, members of the National Assembly had their say.

Regarding South Africa’s energy crisis, Kevin Mileham from the DA said: “They say that insanity is doing the same thing over and over and expecting different results. And yet, that is exactly what we keep doing.”

Mileham argued that solutions lay in updating the Integrated Resource Plan (which last came out in 2019 and is meant to be updated every two years) and getting more energy on the grid (through incentivising investment in renewable energy and cutting red tape that slows the roll-out of sub-100MW generation.)

“I’m not suggesting we shut down Eskom’s plants,” said Mileham. “I’m saying we need to supplement the supply we received from Eskom so that they don’t need to run those plants so hard and to have a chance to build up reserves.”

Phiwaba Madokwe from the EFF said the party rejected the budget vote for the DMRE and that it had “failed miserably”.

“We’re being asked today to approve a budget that is clearly aimed at giving this country false hope and encouraging more taxpayers’ money to be pumped into the department with little accountability and consequences,” said Madokwe.

In response to this criticism, the ANC’s Valentia Thokozile Malinga, who serves on the portfolio committee for mineral resources and energy, said: “Opposition parties like the DA and the Freedom Front Plus will never accept that market fundamentalism diverts finance from investment in productive activities that could mitigate most of the challenges facing Eskom today.”

The ANC’s Matthews Wolmarans said: “The DA is nothing but a lobbying vehicle used by the industries that prospered under apartheid to continue to hold sway in the democratic South Africa.”

Wolmarans compared the DA’s confidence in renewable energy to the economist Ha-Joon Chang’s parable that the kung fu masters he looked up to as a child were actually suspended by piano wires.

However, both Wolmarans and Mantashe were encouraged by and accepted DA member Mileham’s offer to discuss the energy crisis together.

“As a starting point, Minister, let’s have lunch,” Mileham said, “a long lunch, where we set aside politics and ideology and map out a plan to fix our electricity crisis. I’ll even pick up the bill, but I do expect you to clear it in your members’ interests.” DM/OBP