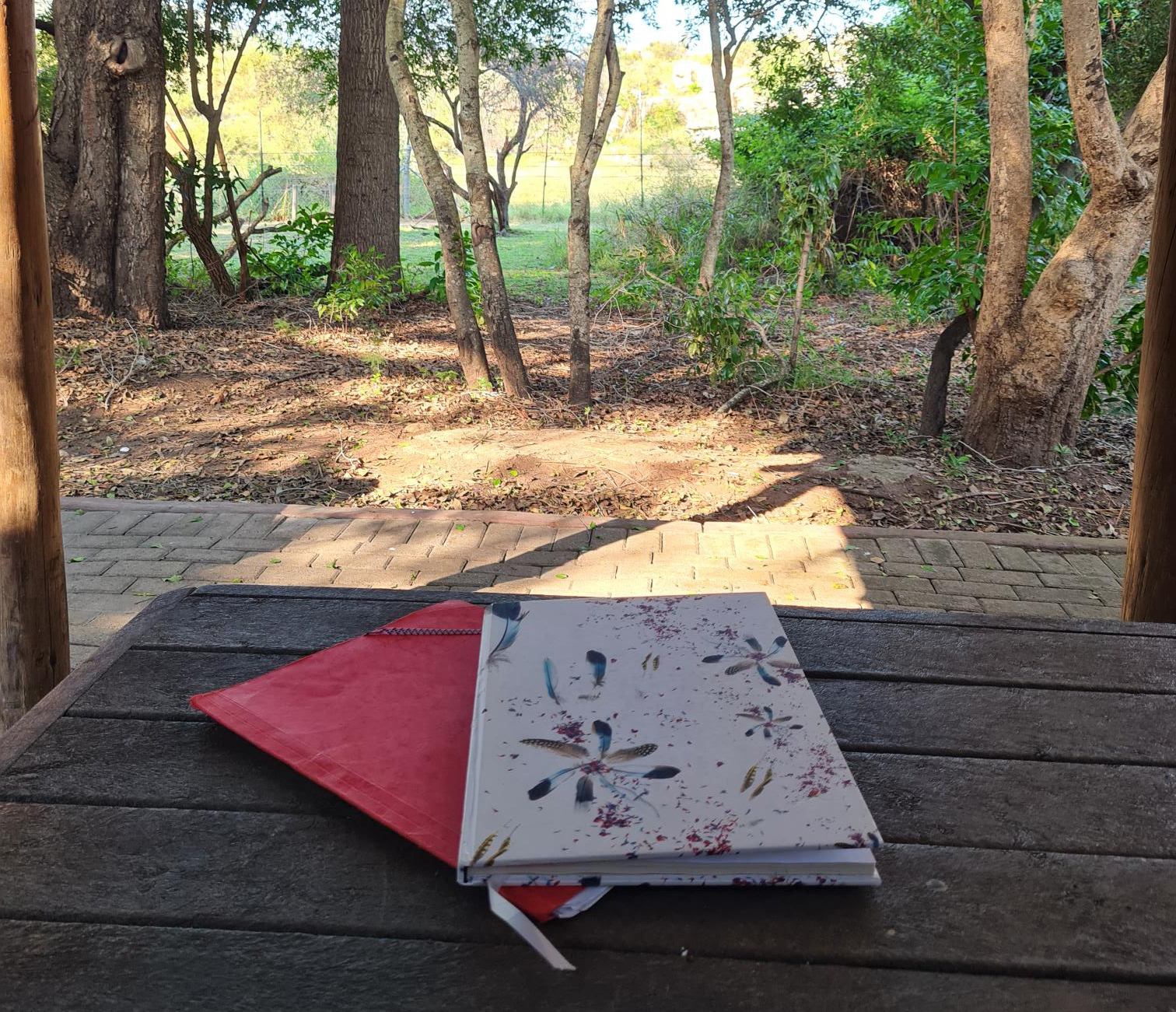 Earlier this month I celebrated a birthday deep in the bush, among a lot of wild animals. Some of them on my plate. I expected a primitive affair, but a few friends graciously demonstrated the art of fine dining in the bundu.

I have never claimed to be a serious camper. Even after spending many weeks in a camper van touring through the USA, my partner and I can at best call ourselves silly campers. Not well organised, not well equipped, relying more on luck and the kindness of strangers (i.e. other campers) than knowledge or preparation.

Besides, on our recent American trip we rarely ventured off the beaten track. Our rented camper van was not insured for rough dirt roads, and with our sense of direction (or complete lack of any such sense) we would never have found our way back to the beaten track.

Therefore I am always in awe when I see the way “real campers” operate. The range of equipment! The precise planning! The packing skills needed to find a place for everything including the kitchen sink, and then to remember where you packed every single item so that you can instantly find whatever you need. Even in the dark, in an emergency, when you’re completely lost in the wilderness.

Although “real campers” would probably never get lost in the wilderness. They are simply too well prepared.

So what a relief it was to spend my bundu birthday in the company of some pretty serious campers. I’d been invited to present a creative writing workshop in the Kruger National Park (not camping, please note, more like glamping in a spacious bungalow with its own bathroom, kitchen and cleaning staff) and as luck would have it, the workshop ended the day before my birthday. Obviously I decided to stay an extra day and celebrate in a memorable way. When last did I have a birthday among elephants and lions?

Although I’d spent the first almost 40 years of my life in South Africa – and at least two of those years within walking distance of the Kruger National Park – it never occurred to me that I could celebrate a birthday in the bush. Only now that I’ve been living in Europe for a long time does it strike me as the best possible place to celebrate just about anything.

Still, it would’ve been a rather haphazard feast if it weren’t for Koos and Ingrid, whom I’ve known since our school days in Snor City and who certainly qualify as serious campers. They decided to surprise me with a birthday brunch at a picnic spot called Afsaal, on the way from the Malelane Gate to Skukuza, and what a glorious al fresco meal this turned out to be.

I watched in astonished admiration as they unpacked everything from their camping car (one of those impressive vehicles with a roof that transforms into a pop-up sleeping area high above wild animals and other dangers), arranging ingredients and utensils in exactly the right order on a wooden picnic table. Fresh eggs for foamy omelettes, bacon to be fried to perfect crispiness, plump red tomatoes to be cut in slices and fried in the bacon fat, a flour mixture to prepare flapjacks on the spot. A bowl of beautiful blueberries and golden gooseberries to enjoy with the flapjacks. Real butter, real honey and, to crown it all, real coffee made with an espresso gadget* specially designed for sophisticated campers.

The tasty coffee treat was apparently thanks to my confession, in a previous TGIFood column, that I was an incurable coffee snob.

How glad I was that I had made this confession. The whole meal, prepared on two tiny gas cookers, was a delight. The omelettes had a filling of melted cheese with slivers of anchovies, a taste sensation I’d never experienced before and will now always remember fondly as part of my bundu birthday brunch. But the coffee, oh the coffee, was truly unforgettable.

There were many things I didn’t expect at this birthday meal. The hyenas circling the rubbish bins a few metres away. The huge number of elephants in the immediate vicinity, so many that you didn’t even stop the car to watch them any more. But most unexpected of all was an excellent Italian espresso on a wooden table in the bush.

And that was only the beginning of my birthday feast.

After driving past hordes of elephants, impalas and warthogs, we spent the night at Skukuza, where we dined in Kruger Station restaurant. This used to be a real working station where trains from Mozambique stopped, and the front part of an old train formed the backdrop of our birthday meal. The menu was suitably exotic.

Alain, always braver than me when it comes to food, wanted to try the crocodile meat. I don’t like the thought of eating something that could eat me, although I suppose one could call that poetic justice. Finally Alain decided that since he’d tasted crocodile meat before, and hadn’t been wildly impressed, he would rather go for the devil he knew. He chose a dish of pulled pork, an all-time favourite of his, with chilli, lime and honey on roosterbrood. Not thin slices of English toast, but fat and flat bread made over an open fire, as we saw someone doing that morning at Afsaal.

Pronouncing the name of the dish, particularly that Afrikaans roosterbrood with its rolling rrr, was the only unpleasant part for his French tongue. Once he started eating, he didn’t stop until his plate was wiped clean with the last piece of bread, as the French do.

Meanwhile I had agonised over the choice between a selection of samoosas, some of them with warthog meat as filling, and a pie made with a mixture of impala and warthog meat. The agony wasn’t so much about the choice, more about all the lovely warthogs we’d seen that day. I couldn’t help remembering how our daughter loved Pumba in The Lion King.

In the end I drowned my guilty conscience in another glass of sparkling wine, ordered the pie and decided not to tell our vegetarian daughter that I ate her friend Pumba’s family. And I have to confess – another confession coming up – that it tasted absolutely fabulous.

I was reminded of when my son helped with a building project in a remote mountain village in Laos, as part of his architecture studies, and on the last evening the villagers wanted to thank him with a festive meal in his honour. Shortly before the meal was served he realised, with shock and horror, that they were planning to honour him with dog meat. He also realised it was probably the only meat they could afford, and that it would be an insult if he refused to eat their offering.

As soon as he reached a town with WiFi connections again, he called his mother to confess. The first confession was that he’d had to eat a few morsels of dog meat. The second – much more difficult – was that it actually tasted very good.

I thought of this while I was eating Pumba’s family in my birthday pie.

Since my son’s return to France he has never yearned for dog meat again, so it’s not as if we have to hide the family pets from him. It was a very special occasion; he did what his hosts demanded of him, and lived to tell the tale.

Of course, my warthog meal was different. I didn’t have to eat that pie. There was even a vegan option on the menu.

But when in Rome?

All I can say (or sing along with Piaf) is Non, je ne regrette rien.

I don’t know where in the world I’ll be by my next birthday. Maybe even settled at a fixed address again. But I suspect whatever I’ll be eating will be less memorable than this year’s feast in the bush. DM/TGIFood

* Handpresso, a manual espresso maker, working without electricity or power, can be ordered online on the Handpresso site by serious campers who are also serious coffee lovers.

L’addition: Counting the cost of haughty waiters and hefty prices