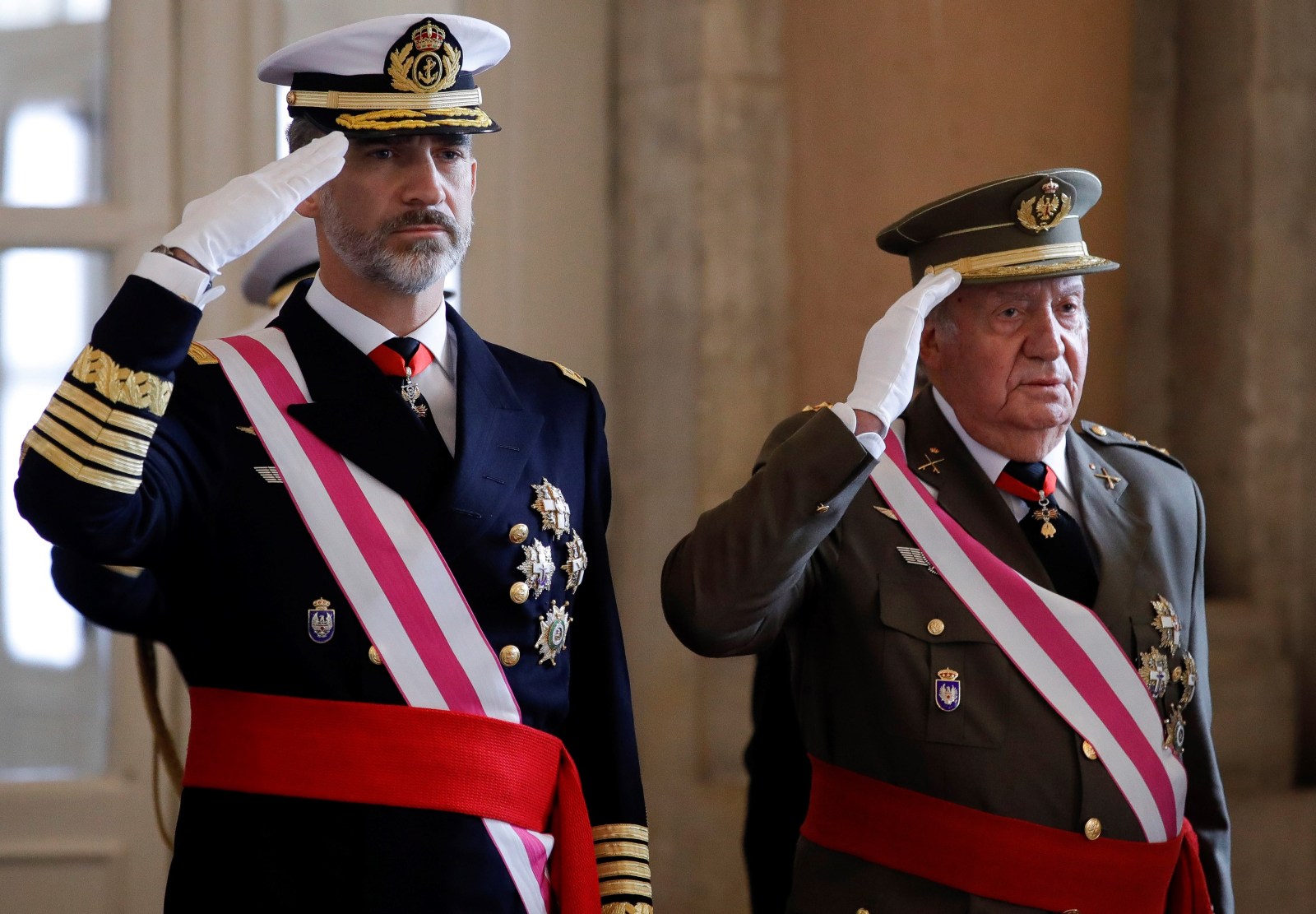 MADRID, May 19 (Reuters) - Former Spanish King Juan Carlos is due to land in Spain on Thursday for his first visit since he departed to Abu Dhabi in 2020 under a cloud of financial scandals that shook the Royal House.

The former monarch is expected in the city of Vigo on Spain’s northwest coast on Thursday evening and will then go to Sanxenxo, a nearby resort, to participate in a sailing regatta, Pedro Campos, a long-time friend, told state broadcaster TVE. Juan Carlos will stay at Campos’s house during the visit.

“He is very glad to come and be here to recover after two years away and do something he likes so much, which is sailing,” Campos said. The king, who is 84 and walks with a cane, will sail on a ship adapted to his situation, Campos added.

Juan Carlos’s trip will end on Monday with a visit to his son, King Felipe, in Madrid, the Royal House said in a statement on Wednesday evening.

Juan Carlos will not stay in the Zarzuela palace in Madrid, the king’s official residence, the statement said.

Once revered for his role in the country’s transition to democracy, the popularity of the former king fell drastically after a series of scandals. He abdicated in 2014.

The former monarch left Spain for Abu Dhabi in August 2020 after several investigations opened in Spain and Switzerland over alleged fraud.

He now keeps his permanent residence in the Gulf state but said in March he would visit Spain frequently after prosecutors dropped the investigations.

Since investigations were closed, the Spanish government hasn’t been opposed to him visiting the country though several ministers have asked him to explain his actions. “The Spanish people deserve an explanation,” Economy Minister Nadia Calvino said on SER radio station on Thursday.

Juan Carlos could still face trial in Britain in a harassment case brought against him by his former lover Danish national Corinna zu Sayn-Wittgenstein.