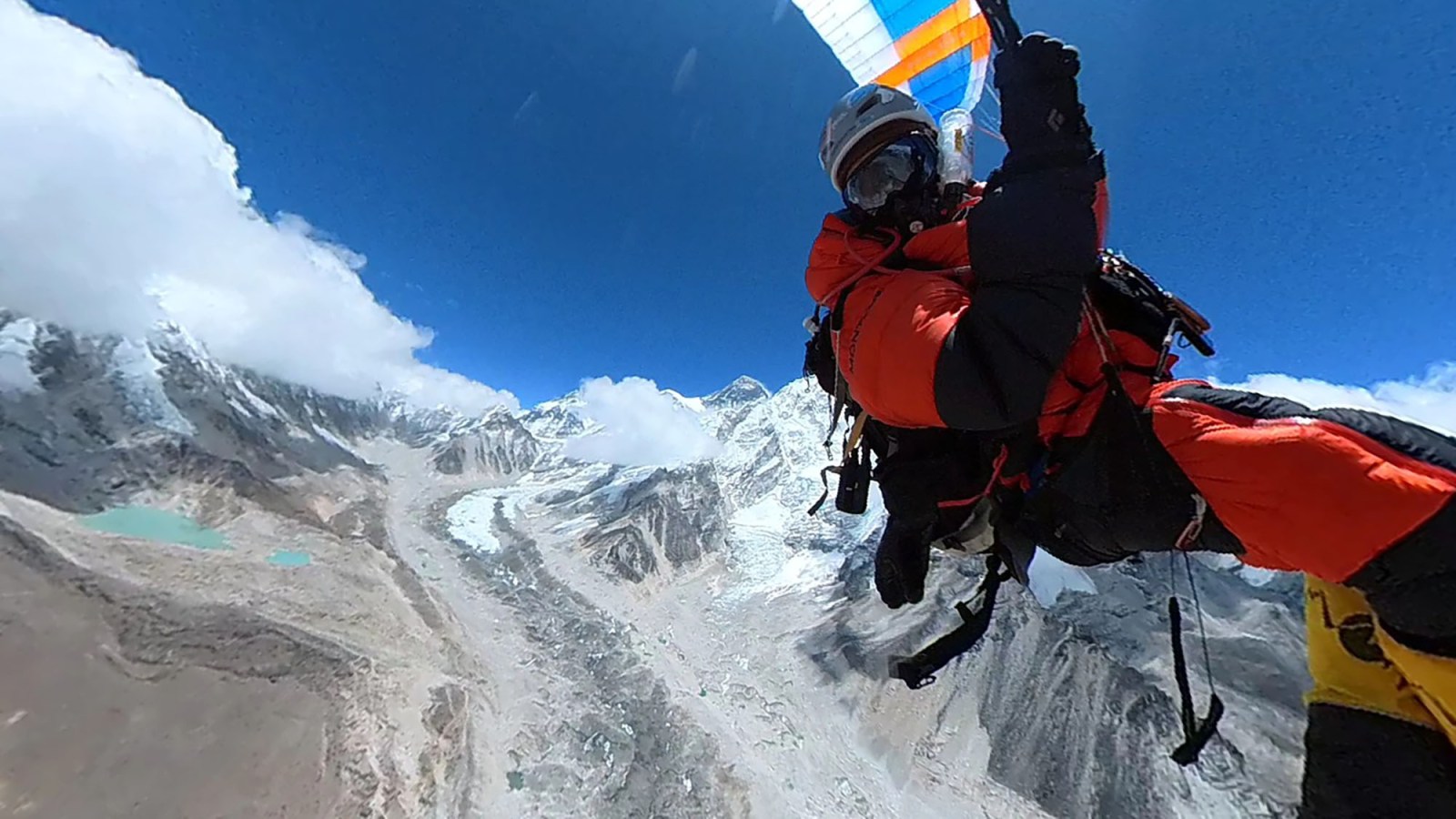 Pierre Carter has leapt from the highest mountains on five continents. (Photo: Supplied)

‘I was invited to a Mount Everest exhibition in 1998 and that’s where I got the idea that maybe I can try to fly off it,’ said Pierre Carter.

On Sunday, 15 May, South African Pierre Carter became the first person to legally paraglide off Mount Everest, the world’s highest mountain – a dream he spent a decade saving up for.

Carter has paraglided off mountains on five continents and seemed slightly underwhelmed by his latest achievement.

“It doesn’t really make a difference, because in my mind I’m still the fourth person in the world – the other three before me did it illegally. But someone said that I could apply to be in the Guinness World Records,” Carter said with a chuckle.

He spoke to Daily Maverick via a WhatsApp call from Everest Base Camp on Wednesday.

The first person to paraglide off Mount Everest was the French alpinist and pilot Jean-Marc Boivin in 1988, while Bertrand Roche and his wife, Claire, made a tandem flight from the summit in 2001. In 2011, in a tandem flight, Sano Babu Sunuwar and Lakpa Tsheri Sherpa became the first Nepali paragliders to jump off Everest.

Getting a permit to paraglide off Mount Everest is costly and many people’s applications are rejected, said Carter. In 2017, Ryan Sean Davy from South Africa was fined $22,000 for attempting to climb Mount Everest without a permit.

“Authorities often refuse to give permits to fly off mountains because they probably think it’s dangerous,” said Carter. He added that the operator at Everest Base Camp happened to know someone in a ministry who helped with his permit.

The permit cost Carter $36,000, which covered his accommodation at the base camp and included food.

Before flying off Everest, Carter was denied permission to paraglide off Denali (also known as Mount McKinley), the highest mountain in North America at 6,164m.

“They’re quite fussy about their national parks. I don’t think I’ll ever get permission to fly off that,” said Carter, who climbed the mountain in 2016.

The Johannesburg-based builder has struggled to find corporate sponsorships for his mountain ventures.

“I’ve tried to get funding, but South Africa has other problems besides someone going to live their dream and play in the mountains.”

“I was invited to a Mount Everest exhibition in 1998 and that’s where I got the idea that maybe I can try to fly off it. But by then my daughter was two years old and life got in the way. I also had other responsibilities and I eventually started [climbing and paragliding the highest mountains] in 2005.”

While saving up to get to Mount Everest, Carter repeatedly climbed and paraglided off the highest mountains in Africa, Argentina and Russia.

Usually, when ascending the highest mountains, climbers can expect to stay at the base camp for about eight weeks. When the weather is good, they are allowed to ascend. Carter arrived in Nepal, where Mount Everest is, in mid-April. He will leave the base camp on Friday.

As to how Carter deals with spending almost two months away from his family in Johannesburg, he said: “My wife is fantastic and quite supportive. She usually says, ‘Go for it’, while my daughter has left the house now.”