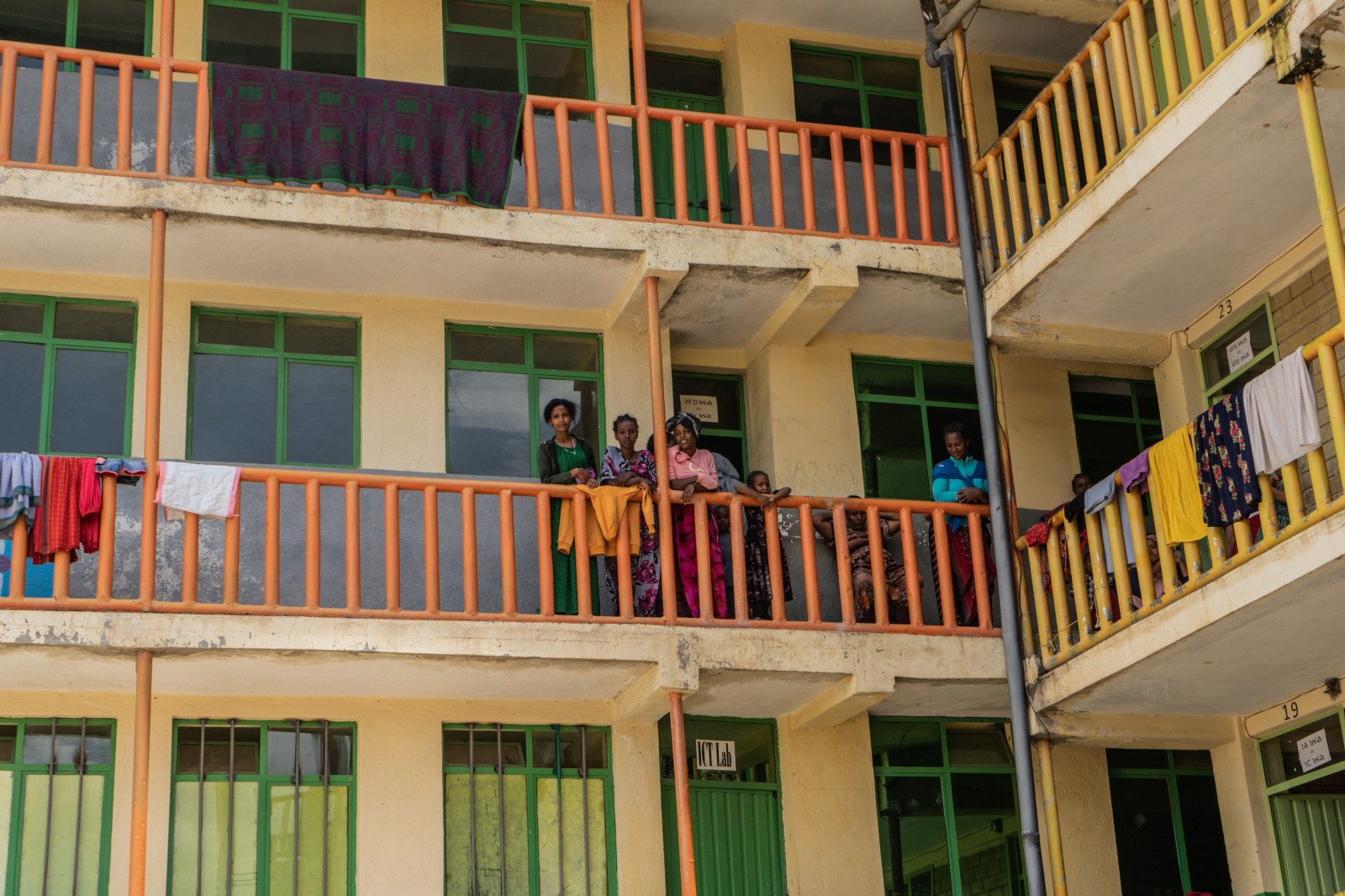 Ethiopian Internally Displaced Peoples (IDP's) who fled the fighting in the Tigray region take shelter in a make-shift IDP camp at a school in Dessie, Ethiopia, 19 August 2021 (20 August 2021). According to Dessie government communications officer Mesaye Kider, 55,000 Ethiopians have fled from war torn Tigray region in the north and are taking shelter in makeshift camps. This occurred as the Tigray Peoples Liberation Front (TPLF) captured Alamata and Kobo area's in the war that has been going on with Ethiopia's national military. EPA-EFE/STR

GENEVA, May 19 (Reuters) - In a world beset by conflicts and natural disasters, the number of people who fled their homes and sought shelter within their own countries hit a record high of close to 60 million by the end of last year, according to new data.

Disasters, including weather events such as cyclones and floods in Asia as well as protracted conflicts in places like Syria, Afghanistan and Ethiopia were factors behind high levels of new displacements last year, according the report compiled by the Geneva-based Internal Displacement Monitoring Centre (IDMC).

“The world is falling apart, too many countries are falling apart,” said Jan Egeland, Secretary General of the Norwegian Refugee Council which set up the IDMC in 1998 to document displaced people whom he said would otherwise be “unseen”.

“2021 was, as we documented here, a very bleak year and 2022 is proving to become even worse,” he said, adding that the war in Ukraine would lead to a new record this year.

In total, 59.1 million people were living in displaced conditions at the end of last year compared with 55 million people in 2020, the annual report showed. The countries with the highest numbers of displaced people were Syria, Democratic Republic of Congo, Colombia, Afghanistan and Yemen, it said.

The report does not count refugees – people fleeing to other countries – although there is often a correlation between internal and cross-border trends.

“It’s a damning indictment of the world’s lack of ability for conflict prevention and conflict resolution,” Egeland told journalists this week.

He said he was “nervous” about the Ukraine crisis diverting aid funds from other locations, saying some countries were using their aid budgets to help Ukrainian refugees.

“That means that it will go down, the money we have for the rest of the world,” he said. The Ukraine war is also increasing the cost of aid for the displaced because it has driven up food and fuel prices, he said.