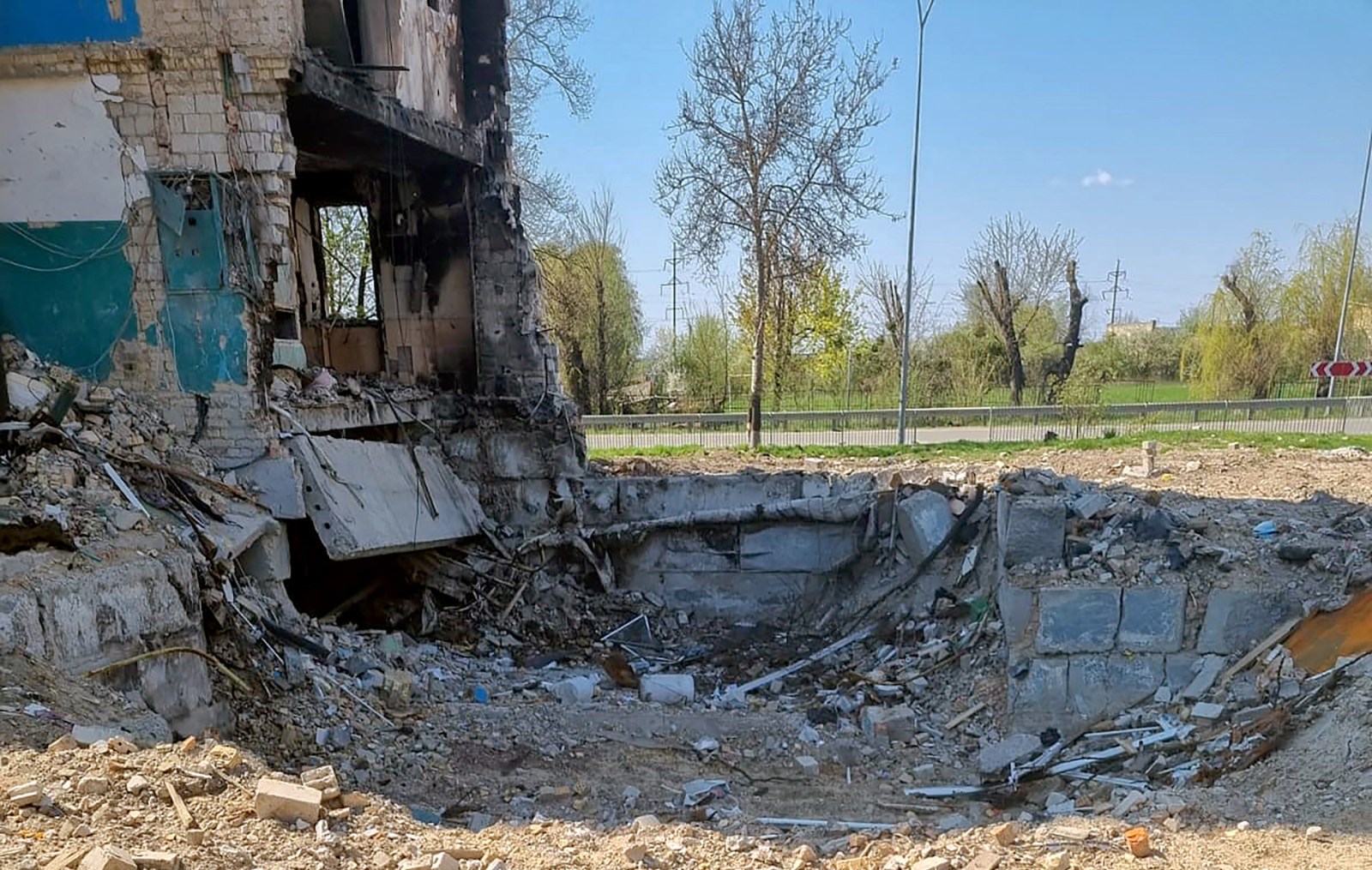 There are some legitimate explanations for Africans’ support of Russia that can’t be ignored, but they are also increasingly redundant. Such associations can even be outright dangerous if they do not shift.

‘This war is about ethnic superiority – we need to understand this.” This was the passionate declaration of a Belarusian citizen I met at Zigzag café in Kyiv during my recent visit to Ukraine as part of Amnesty International’s fact-finding mission. The blackened scars on Kyiv’s once-pristine buildings exposed the war in a tone that reminded me of the horrors of Rwanda. “Yes, and they have always called us little Russians,” was the response from a Ukrainian, whose apartment building adjoined one that was destroyed by Russian missiles.

As an African, imperialism makes me nervous and I am absolutely terrified of neocolonialism, as I was born in Zambia, which was colonised by Britain and gained its independence in 1964. Ukraine may be far removed from the hinterland of Kalomo in southern Zambia, where my ancestors came from, yet something about what is happening in Ukraine feels terrifyingly familiar.

Terror, terror and more terror has been unleashed on Ukraine since Vladimir Putin decided to send his troops and warships to annex Donetsk and Luhansk in the eastern part of the country. Like others around the world, Africans are well aware of the catastrophe this war has wrought, yet many support Vladimir Putin or are ambivalent about Russia’s invasion. There are historical reasons for this ambivalence, including the friendships forged between African nations and the Soviet Union during the Cold War. These are legitimate explanations that can’t be ignored, yet they are also increasingly redundant or even outright dangerous if such associations do not shift.

Whether we like it or not, the Russia-Ukraine war has significant downstream impacts, and nowhere will these be felt more harmfully than in Africa, which is home to the largest percentage of people living in poverty globally. As the conflict escalated, we learnt that more than 15,000 African students were enrolled at Ukrainian universities. Some have already abandoned their studies in medicine and other fields due to the war and returned home. We cannot underestimate their potential future contributions to their home countries. There was outrage over the treatment of black Africans – which was acknowledged by Ukrainian authorities – who tried to flee Ukraine when the war broke out on 24 February. But this is the tip of the iceberg.

Africa risks going down a rabbit hole if it ignores the impact this invasion is likely to have on our continent’s freedoms and development. By supporting an invasion of a sovereign country or nodding in puffed-up approval based on the assumption that Ukraine chose to align its values with the West, those in support of the aggression are essentially saying it is okay for Putin to attack “as long as they attack people we don’t agree with”. By this logic, it is fine for someone to invade a person’s home if they believe that person aligns themselves with a neighbour the invader disagrees with. By this logic, choice does not matter – might does.

This fragile rationale is an affront to the values of freedom that any rights-respecting society must maintain or aspire to. The nostalgic value of Russia’s support for some liberation struggles in Africa may be misplaced considering Moscow’s interest in the continent has always been tangential, despite the Soviet Union’s significant footprint in Africa during the Cold War. One must remember that Ukraine once formed part of the Soviet Union. Russia’s interest now should be seen as the actions of a country that seeks to limit the influence of other hegemonic powers, such as the US and China.

Russia’s interest has always been to maintain its prestigious position as a global power. It has become notorious in recent years for propping-up oppressive regimes in Africa, including in Libya, Sudan and Zimbabwe, in order to neutralise freedoms. What is different between Russia’s approach and the West’s thirst for global hegemony?

During the African liberation struggles of the 1960s and 1970s, while Cuba took the moral high ground and fought Western imperialistic forces by sending ground troops and other technical and material support, the Soviet Union (including Ukraine) took a measured approach to minimise risk by providing political, economic and technical aid to “friendly” countries. It acted out of a desire to counter the influence of others, not an undying love for the African people. It still does.

Africans need to understand that Russian aggression is as immoral and harmful as Western colonialism or imperialism; that attacks on civilian objects in Borodyanka and Bucha are as catastrophic as the decimation of Hereros by Germans in the 1900s, and that the siege of Mariupol is as savage as the continued attacks against Palestinians in the West Bank and the Gaza Strip.

In Bucha and Borodyanka, I saw the rubble still piled up. Rubble that might take weeks, months or even years to clear. Lives will continue to be lost or forever damaged. This is the story of many Africans. Africa must not forget its history. The continent paid in blood and lives to be free from the yoke of colonialism. It should condemn Putin’s belligerence. It must not remain indifferent to the suffering of millions of Ukrainians. Such pain still continues in Somalia, Sudan and South Sudan, the DRC, Central African Republic, Mali… the list goes on.

It is frustrating to see Africans enthused by their politicians’ engagement in whataboutism. Some have supported decisions not to support the UN resolution to condemn Russia’s invasion of Ukraine. In doing so, they join Belarus, North Korea, Eritrea, Russia and Syria, all countries whose authorities have dubious human rights records.

Given what Africa has been through, including egregious human rights violations by imperialistic forces, nodding in approval as defenceless people are bombed out of their homes is not something to celebrate under any circumstances. Being neutral is also not an option since it is at odds with the Constitutive Act of the African Union, which takes a moral high ground on territorial integrity, respect for human rights and the rule of law. The act also recalls the “heroic struggles waged by our peoples and our countries for political independence, human dignity, and economic emancipation.” With such lofty recollections, it is, therefore, contrarian to engage in the whataboutism that has characterised the war on Ukraine.

In its latest briefing, “He is Not Coming Back”, Amnesty International documented the vicious executions of civilians and war crimes committed by Russian forces in the northwestern areas of Kyiv Oblast. The stories in the report are as harrowing as they are unbelievable. There is nothing in those attacks that supports Putin’s statement before he sent his troops to invade Ukraine, in which he said: “Our policy is based on freedom, the freedom of choice for everyone to independently determine their own future and the future of their children.”

While we may not like the racism exhibited by Europeans, even by Ukrainians, taking a stand and condemning Russia should not be synonymous with standing with Ukraine hook, line and sinker, or supporting the West. Taking a principled stance and condemning human rights violations under any circumstances is right, regardless of the colour of people’s skins or where they come from. DM/MC

Muleya Mwananyanda is Amnesty International’s Deputy Director for Research in southern Africa. She recently returned from Ukraine as part of Amnesty’s delegation to the country, where she witnessed first-hand human suffering as a result of Russia’s invasion and war of aggression.