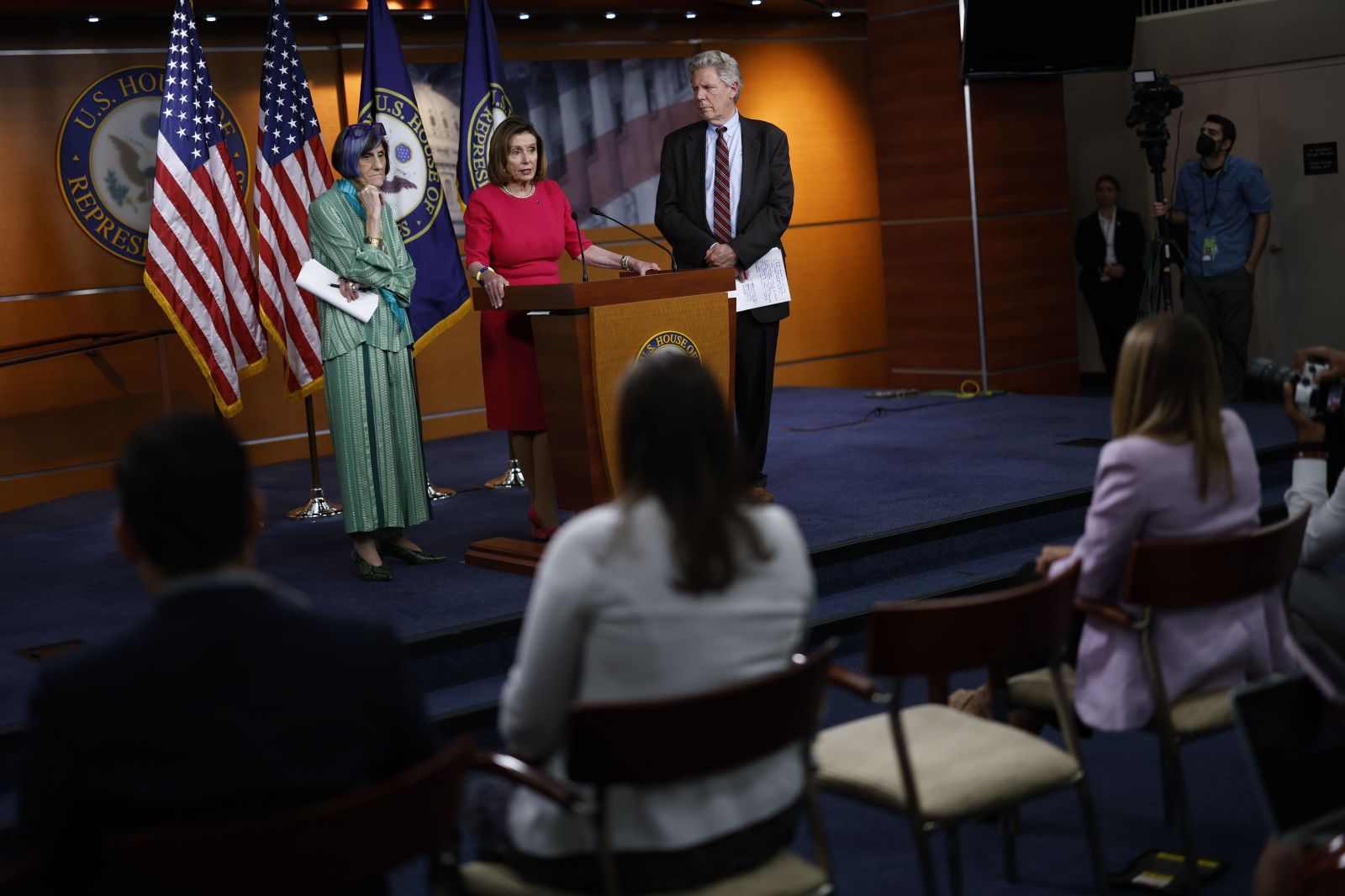 US House Speaker Nancy Pelosi, a Democrat from California, speaks during a news conference on the baby formula shortage with House Democrats at the US Capitol in Washington, D.C., US, on Tuesday, May 17, 2022. The House Democrats proposed providing $28 million in emergency funding for the Food and Drug Administration to address the shortage of infant formula in the US and provide tighter oversight of the industry.

The House passed a $28 million emergency funding bill for the Food and Drug Administration to address the shortage of infant formula in the US and provide tighter oversight of the industry.

The legislation was approved on Wednesday night on a 231 to 192 vote.

Democrats argued that increasing funding for inspections would help bolster supplies by expediting sourcing of formula from new domestic and international suppliers, which must be FDA-approved.

The House vote occurred hours after President Joe Biden invoked emergency powers under the Defense Production Act to step up production of baby formula, while ordering the use of government planes for imports to alleviate shortages.

The White House said in a statement that the move would allow domestic manufacturers to obtain needed ingredients and speed shipments of foreign stocks. The president also announced “Operation Fly Formula” to ship in supplies from other countries.

The House bill was opposed by Republicans who said it offered a blank cheque to the FDA without securing an immediate boost in formula supply.

House Speaker Nancy Pelosi “dropped this legislation yesterday in hopes of covering up the administration’s ineptitude by throwing additional money at the FDA with no plan to actually fix the problem, all while failing to hold the FDA accountable,” Representative Steve Scalise, the second-ranking House Republican, said in a memo to GOP lawmakers that urged them to vote no.

The fate of the legislation in the Senate isn’t yet clear, given the level of House Republican opposition and the need for the support of at least 10 Republicans for it to pass the chamber, which is split 50-50.

Senate Majority Leader Chuck Schumer told reporters he hopes no senator blocks the measure, an indication he will seek unanimous consent to pass it. That effort is unlikely to work.

“I wouldn’t understand why anyone would not want to move as quickly as we can, with giving people the wherewithal to get the product to bring it back here. Because this is not a Democratic issue or a Republican issue,” said House Appropriations Chair Rosa DeLauro, the bill’s sponsor. “This is about the risk and the life of babies in this country.”

Top Senate Appropriations Committee Republican Richard Shelby said in an interview that he is studying the bill to see if it is necessary, as did the top health spending panel Republican, Roy Blunt.

Given the lengthy procedural obstacles in the Senate, it is likely Democrats there would try to save floor debate time by combining the measure with other health legislation, such as the stalled coronavirus relief package.

Blunt said it would be unusual for the Senate to spend a week of debate time on a spending bill that small.

House Democrats also passed another bill, 414 to 9, that would grant emergency authority to the Special Supplemental Nutrition Program for Women, Infants, and Children, known as WIC, to relax some regulations on purchases using program benefits. Senate Agriculture Committee Democrats and Republicans have announced they support that bill, giving it a greater chance of being enacted.

Baby formula was 43% out of stock nationwide as of the week of May 8, according to industry data provider Datasembly. The nationwide formula shortage has prompted a scramble by the Biden administration and Democratic lawmakers to increase supplies as Republicans have seized on the issue.

Republicans said this week they would like to see the Agriculture Department spend existing funds to transport stocks of formula from areas where stocks are plentiful to the hardest hit locations. BM