EU lets gas buyers decide on rouble accounts, but “advises” against it 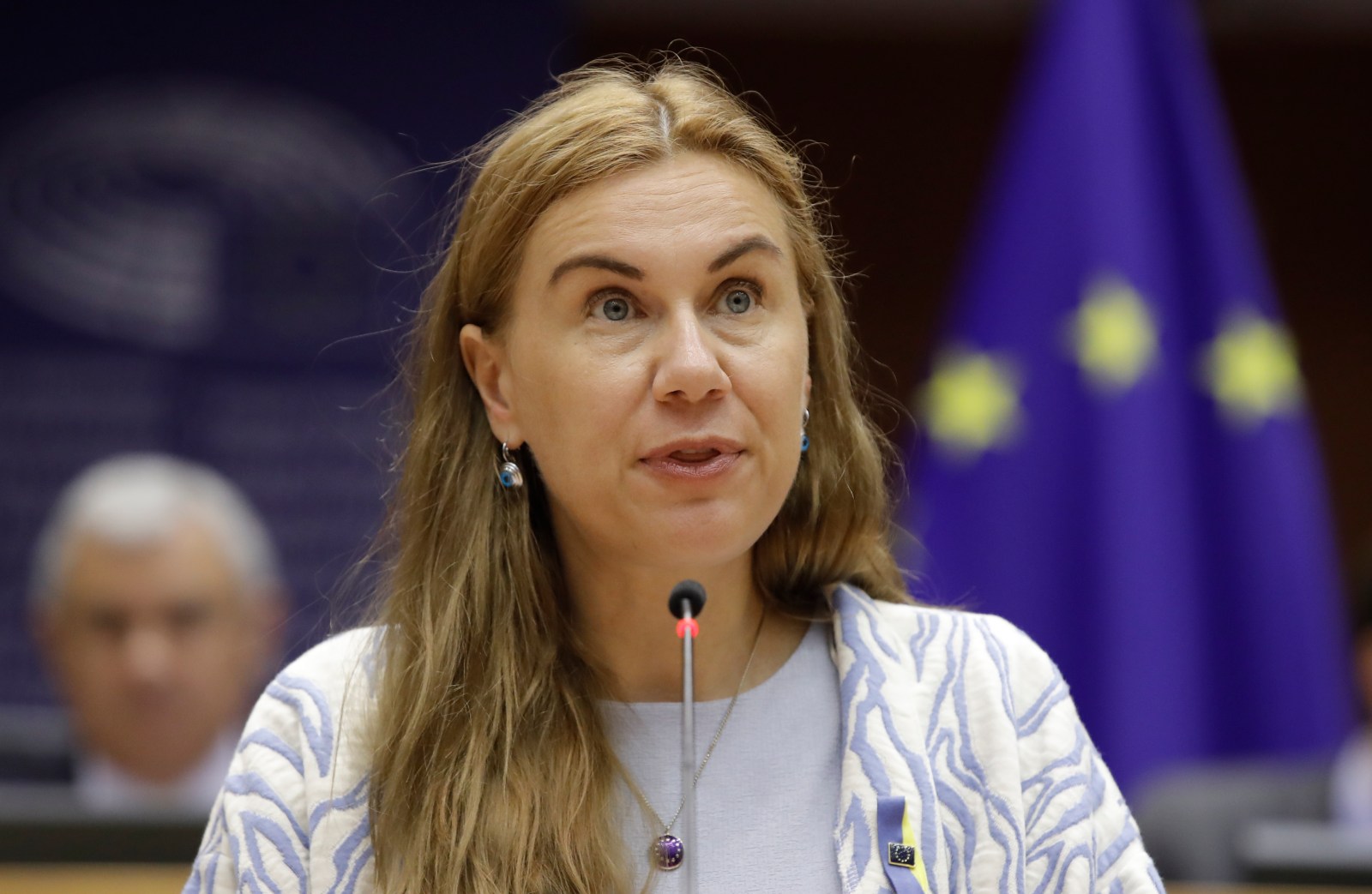 European Commissioner for Energy Kadri Simson addresses a plenary session of the European Parliament in Brussels, Belgium, 19 May 2022. The session's agenda includes debates over the fight against impunity for war crimes in Ukraine, and European solidarity and energy security in the face of Russia's invasion of Ukraine, amid recent gas supply cuts to Poland and Bulgaria. EPA-EFE/OLIVIER HOSLET

The Commission advised companies against opening a bank account in roubles at Gazprombank to do this, as requested by the Kremlin, but has not explicitly said doing so would breach sanctions in its formal written guidance to governments on the issue.

The European Commission gave the advice at a closed-door meeting on Wednesday, according to officials with knowledge of the matter.

Companies in the European Union have been scrambling to confirm how to keep buying Russian gas, after Moscow demanded foreign buyers start paying in roubles and cut supplies to Poland and Bulgaria for refusing to do so.

At the meeting of EU envoys, the Commission repeated its stance that companies can keep buying Russian gas without breaching sanctions, if they pay in the currency of their existing contracts and declare that doing this fulfils their contract obligations, the EU officials said.

Most EU companies’ contracts with Russian gas giant Gazprom GAZP.MM are in euros or dollars.

The Commission said it did not have a more conclusive position on whether companies can open rouble accounts at Gazprombank GZPRI.MM to do this, but advised against it, the officials said.

Advice has no legal weight, and can be effectively ignored by companies. In its latest written guidance on gas payments, which bears more legal power and which was seen by Reuters, the Commission did not clarify whether opening an account in roubles was in breach of sanctions, in line with an earlier document.

Poland had asked in the meeting for clearer advice on whether rouble accounts were allowed, after a Commission spokesman on Tuesday appeared to go beyond the written guidance by saying in a public news briefing that this would go beyond what Brussels had said was allowed within the sanctions regime.

In what appeared as a slight change of tack, the same spokesman said on Thursday it was merely not “advisable” for companies to open rouble accounts, declining to give conclusive answers to specific questions on the legality of such accounts.

He added that EU countries were responsible for enforcing the bloc’s sanctions. Brussels could launch legal action against governments that fail to enforce them.

Russia has said foreign companies need two accounts to comply with its new payment mechanism – one for foreign currency and one for roubles.

The European Commission on Wednesday unveiled a plan for Europe to end its reliance on Russian fossil fuels by 2027, which it said would require 210 billion euros ($220.44 billion) in investments.

By Kate Abnett and Francesco Guarascio