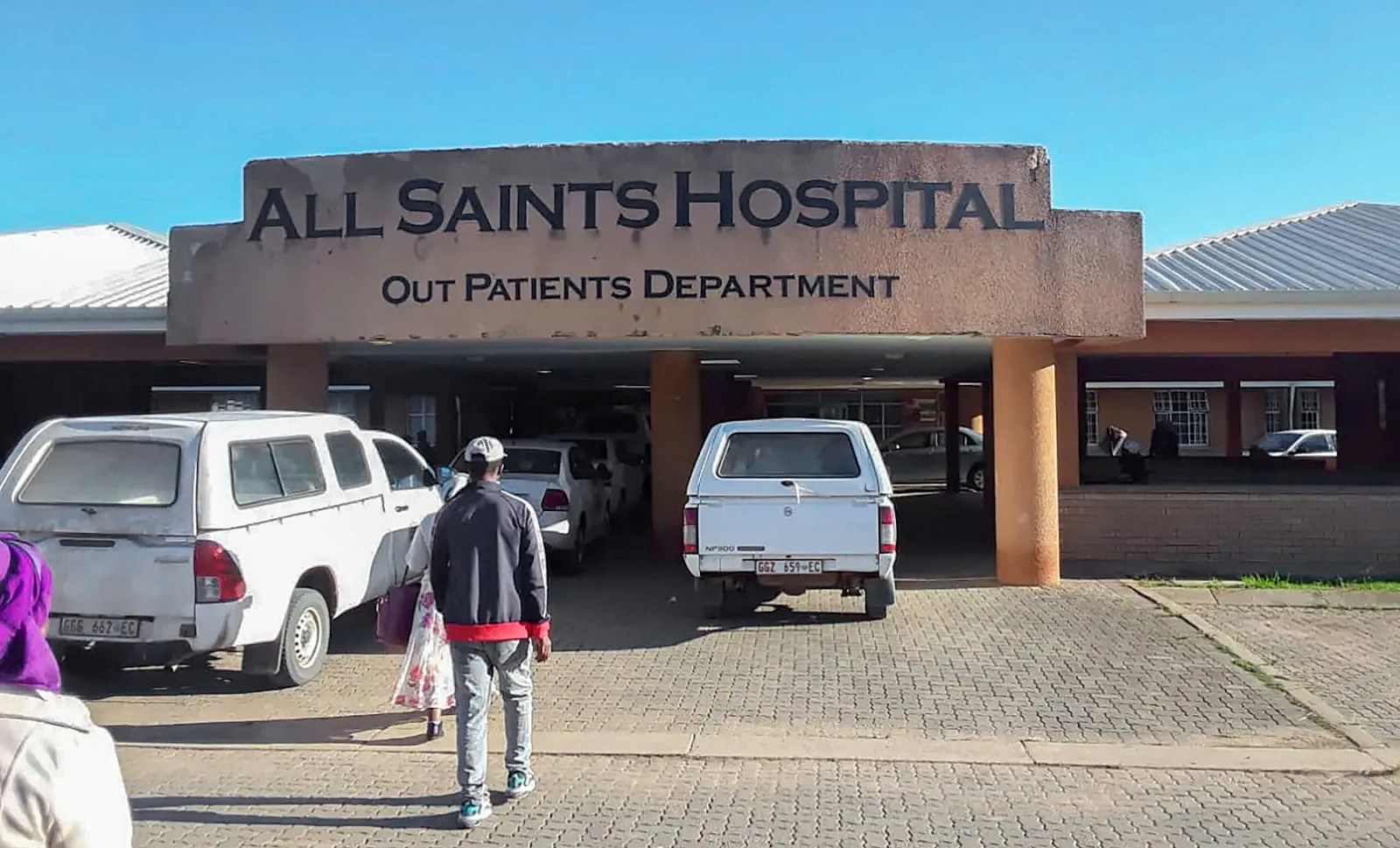 Water is crucial for delivering quality healthcare services, so when the taps ran dry at All Saints Hospital in Ngcobo in the Eastern Cape two months ago, patients say things took a turn for the worse. (Photo: Siyabonga Kamnqa / Spotlight)

Water is vital for delivering proper healthcare services, so when the taps ran dry at All Saints Hospital in Ngcobo in the Eastern Cape two months ago, things took a turn for the worse. Siyabonga Kamnqa visited the hospital and asked authorities how they plan to deal with the crisis.

Worried staff at All Saints Hospital in the Eastern Cape town of Ngcobo say they have raised the water issue with hospital management. And that despite Eastern Cape Health MEC Nomakhosazana Meth indicating on 15 March that the hospital had been allocated R57-million to deal with its water challenges, the situation remained dire.

At the hospital, a stench apparently emanating from the men’s toilets hangs in the air. Outside, Mziwoxolo Ziqubu (64) is awaiting his turn to use the facilities. He is wearing a mask but holds his jacket across his nose and mouth to escape the smell. He had come to the hospital to collect medication.

Ziqubu says conditions at the hospital have been bad since December.

“I don’t know why something isn’t being done. A healthcare facility is supposed to be spotless, but that is never the case here. It’s either you get confronted by an ‘out of order’ sign [on] the toilet doors or you are greeted by faeces piling up in the toilet. It is just not okay,” he says, shaking his head.

Some patients say they’ve grown accustomed to there being no soap or running water in the bathrooms. Often, they say, there are dirty or bloodied sheets left on the floor – something witnessed during Spotlight’s visit to the hospital.

Buyiswa Cekiso (39) asks how it can be that there is no hand soap in a hospital.

“This, while we get reminded daily that Covid is still among us and that we should continue to sanitise and wash our hands regularly. Every time I’ve come here since the beginning of the year, I’ve been told about this water shortage.

“If they can’t find a solution to the problem, they should seek assistance from organisations such as Gift of the Givers who we often see on TV offering water assistance,” says Cekiso.

According to Eastern Cape Health Department acting communications manager, Yonela Dekeda, staff at the hospital have been raising their concerns about the water issue since March.

“It was towards the end of March that some staff members raised concerns with the facility management regarding the pumps that were unable to pump out water to the wards,” she says. “The facility generates its own water from the Xuka River, which has two pumps.”

Dekeda says one of the pumps was stolen and the other blocked by sand after recent heavy rains in the province.

She says the department will investigate the complaints at All Saints.

“The facility has 10 back-up water tanks that service the hospital when there are water disruptions. We understand that they are currently relying on those water tanks.”

Speaking on condition of anonymity, a healthcare worker at the hospital tells Spotlight the water shortage poses many challenges for staff.

“As you know, water plays a crucial role, not only in a hospital environment, but in any environment. Besides drinking and using it to take medication for patients, we have to bathe the frail patients every day.

“There is also linen that is supposed to be changed daily, but with this issue, that becomes impossible,” says the worker.

“We are doing our best for the patients under these trying conditions, but we are only human and can only endure so much,” says another healthcare worker.

“Some of us are used to having flushing toilets in our homes, but here at work we have to put up with these inhumane conditions. Sometimes, when the JoJo tanks run dry, we have to carry buckets and collect water from the taps in the community.

“That is embarrassing … Our jobs are to treat patients and not do housekeeping. We risk getting sick here.”

The healthcare worker says the water crisis comes at a time when the hospital is understaffed.

“It’s as if they are not taking us seriously and just expect us to work under these appalling conditions.”

Medupi Simasiku, spokesperson for the Office of Health Standards Compliance (OHSC), says they are aware of the complaints about All Saints Hospital.

“[We] received [complaints] via the OHSC call centre and they are receiving the necessary attention,” says Simasiku.

“The OHSC receives, assesses and, where necessary, investigates complaints about poor healthcare lodged by health service users, their families and other members of the public, including health workers and professionals.

“The office works together with the Health Ombud and most complaints can be resolved by engagement with the complainant and the relevant health establishment.”

On 15 March this year, Health MEC Nomakhosazana Meth indicated that R110-million had been allocated in the Medium-Term Expenditure Framework for the upgrade of water and wastewater treatment plants at hospitals in the province. And that R57-million of this had been allocated to All Saints Hospital.

Spotlight has been unable to get any details from health authorities on how and when the water issues at All Saints will be addressed.

“Infrastructure needs for all the facilities that had been affected will be considered with available funding envelopes as the department focuses on planned maintenance of our facilities.

“Some facilities were not originally designed for the comprehensive services currently provided at those facilities, and thus upgrades and refurbishments are under construction,” Meth said.

Spotlight tried to get a response from the hospital CEO but our calls went unanswered. DM/MC