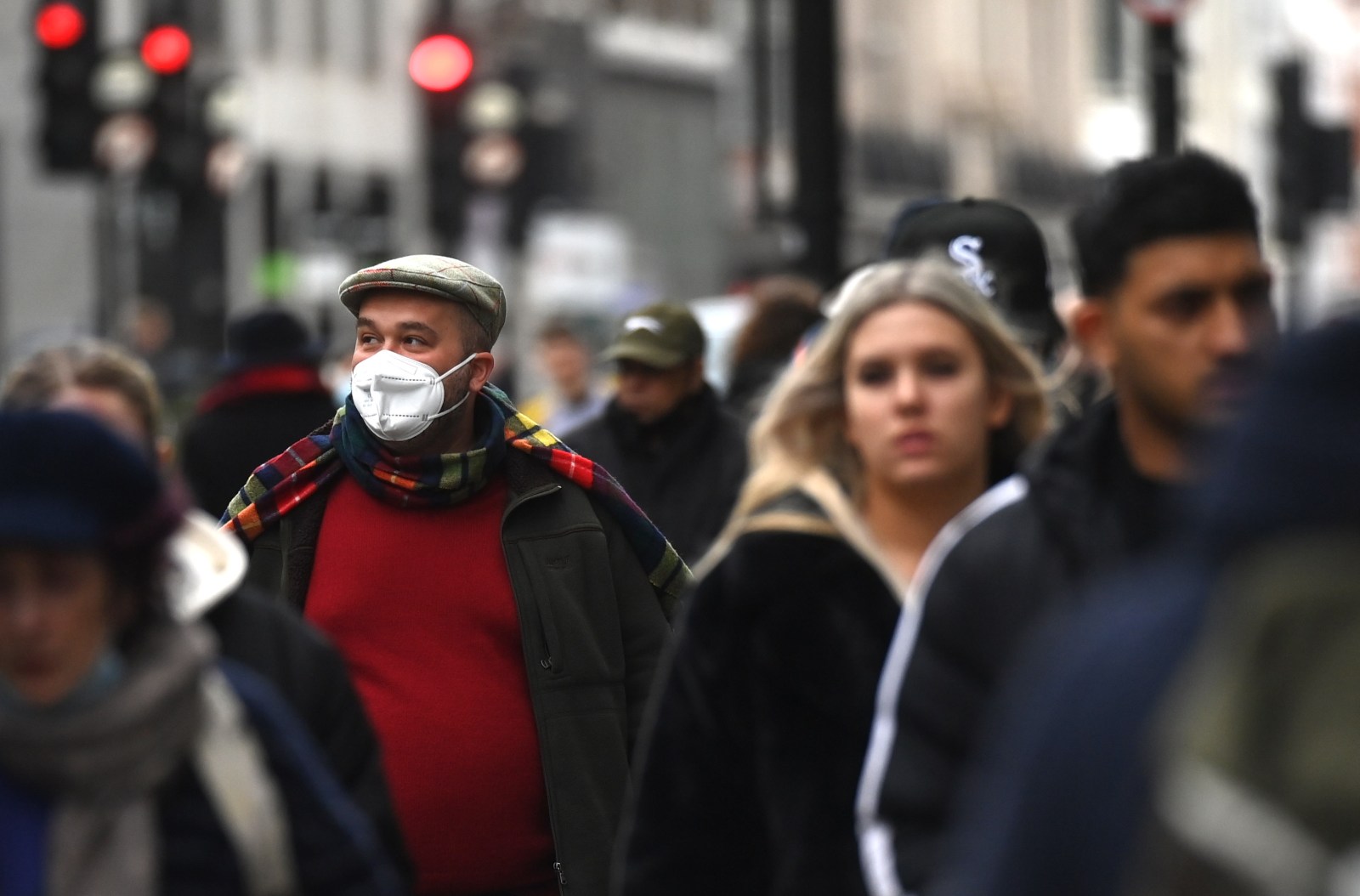 A man wears a mask as he walks on Oxford Street in London, Britain, 20 February 2022. EPA-EFE/NEIL HALL

LONDON, May 19 (Reuters) - A smattering of monkeypox cases in Britain has prompted authorities to offer a smallpox vaccine to some healthcare workers and others who may have been exposed, as a handful more cases were confirmed in parts of Europe.

Monkeypox is a usually mild viral illness, characterised by symptoms of fever as well as a distinctive bumpy rash.

There are two main strains: the Congo strain, which is more severe – with up to 10% mortality – and the West African strain, which has a fatality rate of about 1%.

First identified in monkeys, the viral disease typically spreads through close contact and largely occurs in west and central Africa. It has rarely spread elsewhere, so this fresh spate of cases outside the continent has triggered concern.

In the United Kingdom, nine cases of the West African strain have been reported so far.

There isn’t a specific vaccine for monkeypox, but a smallpox vaccine does offer some protection, a UK Health Security Agency (UKHSA) spokesperson said.

Data shows that vaccines that were used to eradicate smallpox are up to 85% effective against monkeypox, according to the World Health Organisation.

“Those who have required the vaccine have been offered it,” the UKHSA spokesperson added, without disclosing specifics on how many people have been vaccinated so far.

Some countries have large stockpiles of the smallpox vaccine as part of pandemic preparedness, including the United States.

Copenhagen-based drugmaker Bavarian Nordic BAVA.CO on Thursday said it had secured a contract with an undisclosed European country to supply its smallpox vaccine, Imvanex, in response to the monkeypox outbreak.

The first European case was confirmed on May 7 in an individual who returned to England from Nigeria, where monkeypox is endemic.

Since then, Portugal has logged 14 cases, and Spain has confirmed seven cases. The United States and Sweden have also reported one case each. Italian authorities have confirmed one case, and suspect two more.

Several monkeypox outbreaks in Africa have been contained during the COVID pandemic while the world’s attention was elsewhere, Africa’s top public health agency said on Thursday.

“We are however concerned at the multiple countries outside, especially in Europe, that are seeing these outbreaks of monkeypox,” the acting director of the Africa Centres for Disease Control and Prevention, Ahmed Ogwell Ouma, said.

“It would be very useful for knowledge to be shared regarding what the source of these outbreaks actually are,” he said.

Meanwhile, in Britain, the UKHSA has highlighted that the recent cases in the country were predominantly among men who self-identified as gay, bisexual or men who have sex with men.

This unusual spike in cases outside of Africa could suggest a novel means of spread or a change in the virus, said Anne Rimoin, an epidemiology professor at UCLA in California. “But this is all to be determined”.

“This isn’t going to cause a nationwide epidemic like COVID did,” cautioned Jimmy Whitworth, professor of international public health at the London School of Hygiene and Tropical Medicine.

“But it’s a serious outbreak of a serious disease – and we should take it seriously.”