Belligerent Barcelona Femení – the rise of a Europea...

Belligerent Barcelona Femení – the rise of a European powerhouse 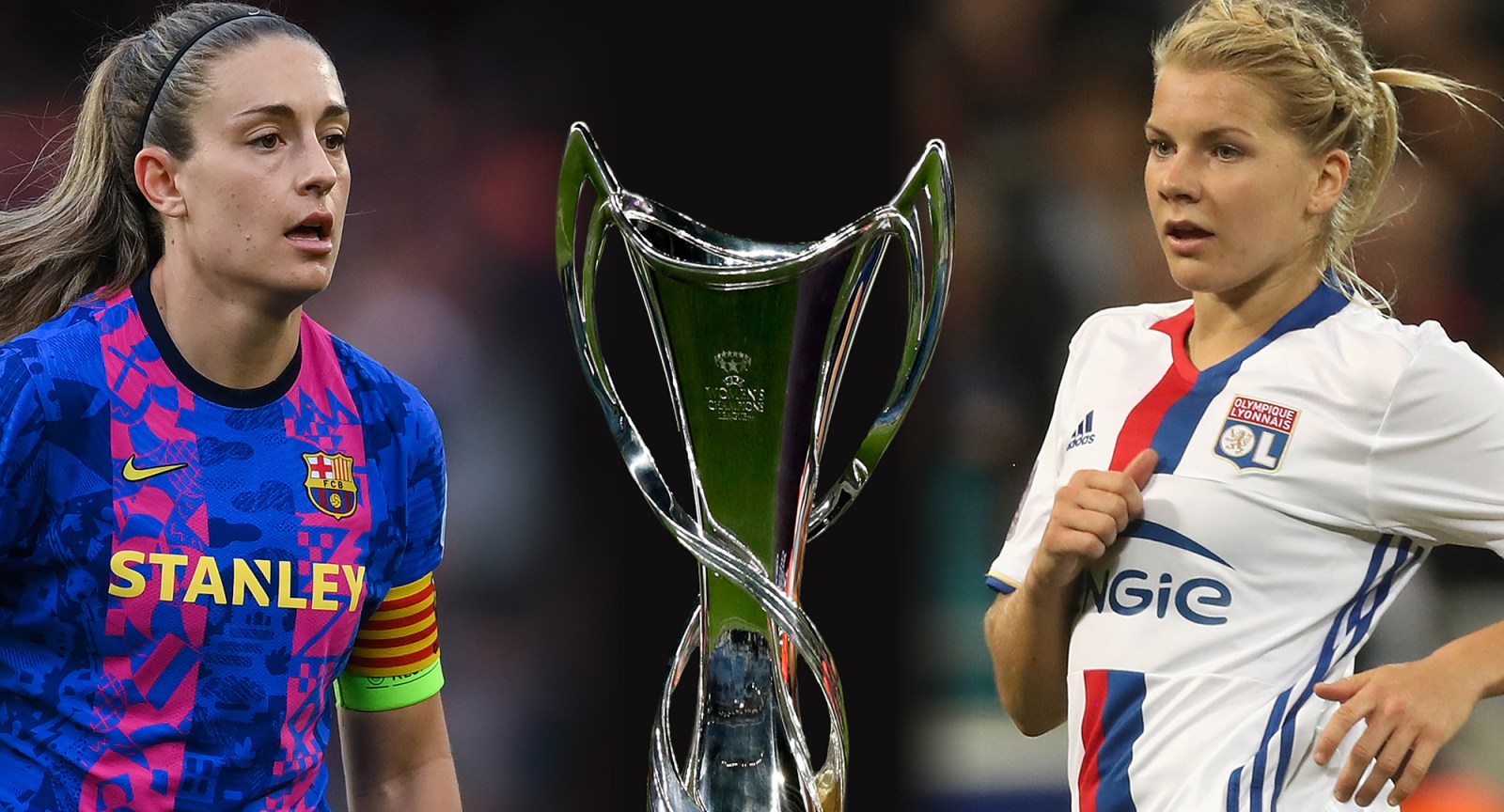 Alexia Putellas of FC Barcelona (left) and Ada Hegerberg of Olympique Lyon. Their teams will meet in the UEFA Women's Champions League final at Juventus Stadium in Turin, Italy on 21 May 2022. (Photo: Christopher Lee / Getty Images)

Barcelona Femení, the women’s wing of Spanish giants Barcelona, have sent records tumbling all around them this season. Now they’re focusing on defending their Uefa Champions League title.

Barcelona’s women’s team recently completed an astonishing achievement: playing 30 Premier Division league games and winning all 30 of them. Every single one, to finish on 90 points out of a possible 90.

During that period, the reigning European champions scored 159 goals and let in just 11. The outstanding achievement for the players and manager Jonatan Giráldez came in spite of a coaching change from the 2020/21 season. Giráldez replaced Lluís Cortés, who had enjoyed his own success with the club.

He led them to a domestic double inthe Primera División and Copa de la Reina (Queen’s Cup) during his first full season with the team. He also helped the Spanish giants to their maiden Uefa Champions League title before his departure.

Speaking upon his appointment in 2021, Giráldez, who had served as an assistant under Cortes, ominously stated: “To get here you have to have a winning mentality to want to win every game. With these two-and-a-half years [as assistant] I have gained a lot of experience; in an elite club I learnt from the best. I have evolved and perfected my idea.

“We have the tools to keep winning. This is the mentality we have… we have a very nice challenge, which is to win again, and that is the intention.”

Win they have. The team – with their high-tempo passing game typically associated with Barcelona – blew past their Superliga rivals in 2021/22. They ended their campaign 24 points clear of second-placed Real Sociedad.

This history-making league title run was Barca’s third on the trot. The last team to win the Premier Division before the Blaugrana was Banyana Banyana star Thembi Kgatlana’s Atletico Madrid – which also won it thrice in a row between 2016 and 2019. During all three of those triumphs for Atletico, Barcelona were the runners-up.

Giráldez’s side is also in the semifinals of the Copa de la Reina, where they are set to meet Real Madrid. They beat their fellow Spaniards 8-3 on aggregate in the Champions League quarterfinals this season. As such, they will fancy their chances of reaching the cup final for the third time in a row.

Winning is a beautiful feeling. Winning when having sweated for the victory is even more gratifying. Of course, the fact that Barcelona’s last league loss came almost a year ago (to Atletico, their only league defeat in that campaign) is a mind-boggling achievement.

However, it is also an indictment that the teams around the Blaugrana need to step up their game – post-haste. Or else the Catalan side will reign supreme, virtually unchallenged, for years to come.

Though a number of teams have completed the achievement of seeing out a whole league campaign undefeated, not many have won every single one of their league games.

South Africa’s own Mamelodi Sundowns Ladies, in the inaugural season of the national women’s football league, managed to win 21 out of 22 games on their way to the 2019 title. They did not suffer any defeats and drew one game.

A few more teams have managed to pass through entire league campaigns without tasting defeat. The most famous was Arsenal’s “invincible” season during the 2003/04 Premier League campaign where they won 26 games and drew 12.

Under manager Fabio Capello, Italian side AC Milan went undefeated throughout all of their 34 matches in the league to capture the 1991/92 Serie A title. They went unbeaten between 1991 and 1993, an Italian record of 58 league matches in total.

In addition to their perfect domestic campaign, Barcelona have flexed their muscle in Europe.

For all their growth and eventual dominance domestically, European glory had eluded the Catalans. That is, until a year ago when they won their maiden Champions League title with a 4-0 trouncing of Chelsea.

They reached their first-ever Champions League final in 2019, losing 4-1 to record winners Lyon. In 2022, they once again face the French side in the final and will be eyeing vengeance. A victory for Barca will indicate a power shift from one European juggernaut to another.

Lyon were previously the undisputed champions of Europe with five consecutive Champions League titles before they were knocked out in the quarterfinals last year by fellow French side Paris Saint-Germain.

However, Barca have shown that they may be the new force in women’s football.

The team set a women’s football attendance record for the home leg of their Champions League semifinal against German side Wolfsburg in April. The 91,648 spectators counted by club officials surpassed the 91,553 who filled up the Nou Camp to see Barcelona beat Madrid in the quarterfinals of the continental club showpiece.

Previously, the record for a women’s game was 90,185 – set during the 1999 Fifa Women’s World Cup final between the United States and China at the Rose Bowl in California.

“It is spectacular that we have set a new record,” Barcelona midfielder Patricia Guijarro said.

“What happened today and a month ago has left us speechless. As the days, or the years, go by, we will understand better what has happened. Right now, we have not completely grasped the magnitude of this experience.”

Just more than 41,000 spectators can be accommodated at the Juventus Stadium in Italy, which is set to host the 2022 Champions League final. This means the Blaugrana faithful won’t be granted an opportunity to snap the attendance record for the third time in three months.

However, the players of a team which seeks to firmly entrench itself as the best in Europe for years to come will be hungry to show the previously dominant Lyon that the tables have turned, by defending their European crown.

The final takes place on Saturday, 21 May at 7pm South African time. DM