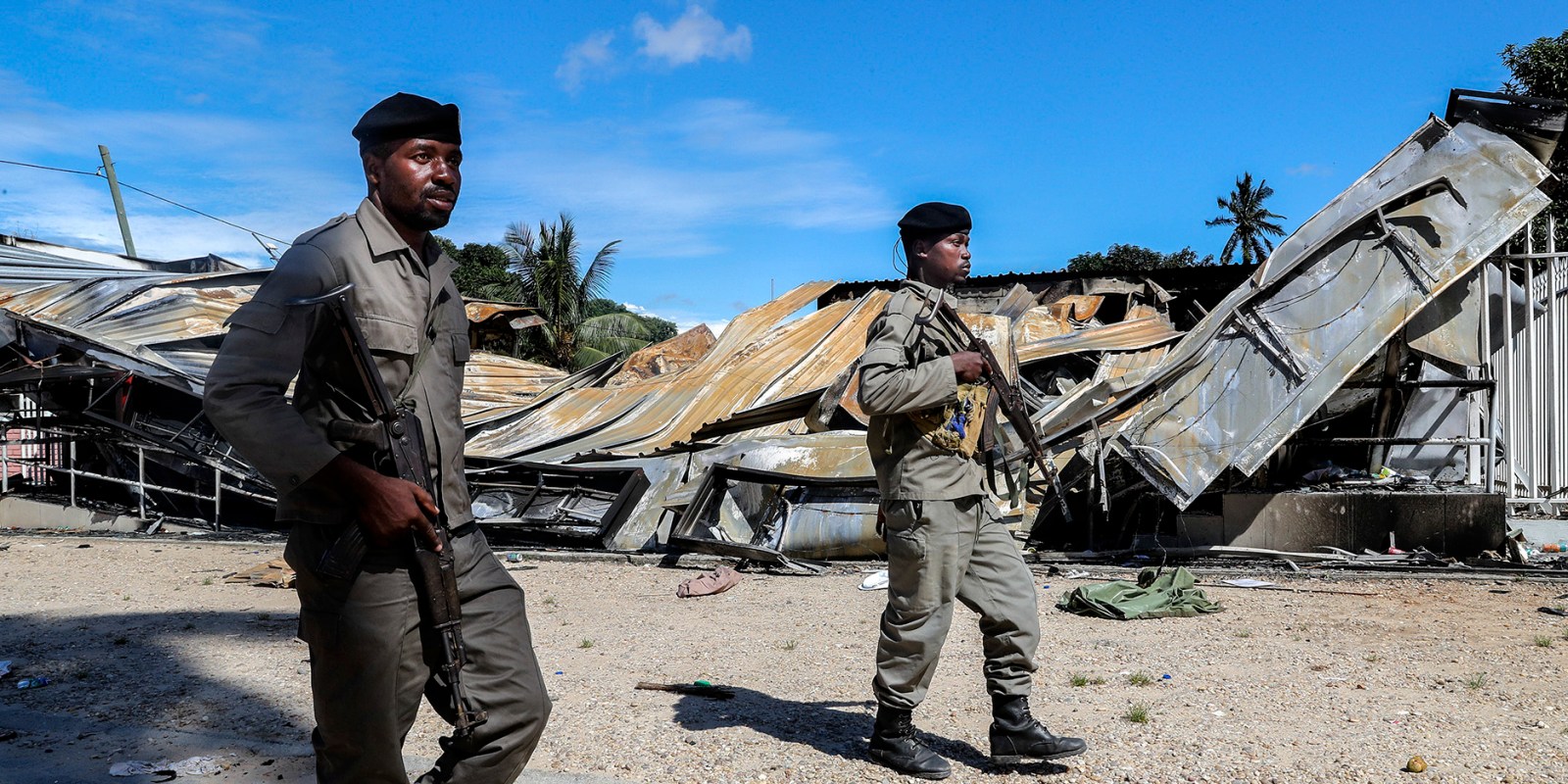 The support is aimed at veterans of Mozambique’s liberation struggle who trained Museveni and members of his rebel Front for National Salvation in Cabo Delgado in the 1970s. Uganda is already providing military logistical support to Mozambique, and president Filipe Nyusi recently visited Kampala to discuss further assistance.

While Uganda’s support might bolster that provided by the Southern African Development Community (SADC) and Rwanda, the fact that it’s aimed exclusively at liberation struggle veterans could fuel the conflict.

When terror attacks spread inland and government forces were unable to protect the population from incursions, the veterans established a militia to defend their communities and properties. The first such groups were seen in Mueda District in 2019-20, before the 2021 deployment of Rwandan and SADC forces.

Known as a força local, they comprise predominantly struggle veterans and their sons from the dominant Makonde ethnic group. The militia is active mainly inland, where they are trying to stop the insurgency expanding from the coastal areas.

The Cabo Delgado terrorist attacks started in the coastal district of Mocímboa da Praia and, in the first two years, spread to the coastal areas of Macomia and Palma. Expansion into the interior has seen attacks reach Nangande, Muidumbe and Mueda districts. The coastal districts are inhabited mainly by Kimwani and Makua ethnic groups, who follow Islam, while the Makonde, who are Christians, live inland.

Although the conflict’s ethnic dimension hasn’t been studied in depth, some scholars believe it is a Mwani rebellion “against what they see as an encroachment by Makonde people and interests of their land.” One who does see the ethnic links is Severino Ngoenha, rector of the Technical University of Mozambique. He says the insurgency is against “ethnic problems and social discrepancies that Frelimo [Mozambique Liberation Front] has not been able to correct” in almost five decades of rule.

Indeed, the attackers’ targets reveal an ethnic dimension in many cases. Journalists reporting from the ground said that during assaults on villages inhabited by Kimwani and Makonde, “the houses they torched all belonged to predominantly Christian members of the Makonde ethnic group.”

And while violent extremists had some support from locals in the coastal areas and were at times described as sons of Mocímboa, they encountered resistance from the mostly Makonde inhabitants inland. When the local population refused to join the insurgency in these areas, they were met with brutality and even a massacre.

So the creation of the local militia is seen as a Makonde attempt to stop attacks spreading inland — essentially a Makonde response to the rebellion from the Kimwani. Makonde militias aren’t new. They existed during the 1976-1992 Mozambican Civil War and helped government forces fight Mozambican National Resistance Movement rebels, mainly of the Makwa ethnic group, from the south of Cabo Delgado.

The Makonde represent around 20% of the province’s two million-strong population and are the country’s military, political and economic elite. They are also prominent members of Frelimo, which has held power since independence in 1975. Many defence force generals, along with Nyusi and at least three former defence ministers, are Makonde from Cabo Delgado.

There is no law allowing the força local to operate in Mozambique, and some see it as an imposition by powerful Makonde generals. At first, members’ actions were disorganised and friendly fire incidents with government forces were reported. Recently the government has started helping reorganise the group and announced its intention to legalise the militia.

Research in other African regions facing violent extremism shows that local militia have exacerbated ethnic tensions. Across northern Nigeria, such armed groups have contributed to the crisis irrespective of their role in helping security forces. In the country’s north-west, bandits partly justify their attacks as reprisals against activities of the Yan Sakai militias. In the north-east, some Combined Joint Task Force members use their state backing to commit rape, armed robbery and extrajudicial killings.

Uganda has considerable experience combating terrorism in Africa, with thousands of its soldiers deployed to Somalia and Democratic Republic of the Congo (DRC). Although its intervention in eastern DRC is often seen as controversial — soldiers have been accused of supporting certain rebel groups and enabling the illegal export of minerals — Uganda’s support could help stabilise Cabo Delgado.

Uganda also has an interest in stabilising Cabo Delgado. Ugandans were among the insurgents arrested in Mozambique, and the country is battling, on its own soil, the Allied Democratic Forces — a group affiliated with Islamic State, like al-Sunnah in Mozambique. Uganda will also soon start agro-industry development projects in Cabo Delgado to support Makonde veterans, and according to Ugandan military sources, troops will protect those ventures.

However, Uganda’s support should be channelled to Mozambique’s government and its armed forces — not an ethnically biased militia. Military aid should also be coordinated with the other troops already in Cabo Delgado and the African Union (AU). It’s worth remembering that the presidents of Rwanda and Uganda only recently mended their rifts that saw the border between their countries closed for many months.

By supporting the força local, Uganda may unwittingly perpetuate instability by contributing to the ethnic conflict between Mozambique’s dominant Makonde and Cabo Delgado’s majority Makwa and Kimwani. To prevent this, SADC and the AU should coordinate the promised support with the governments of Mozambique and Uganda. DM