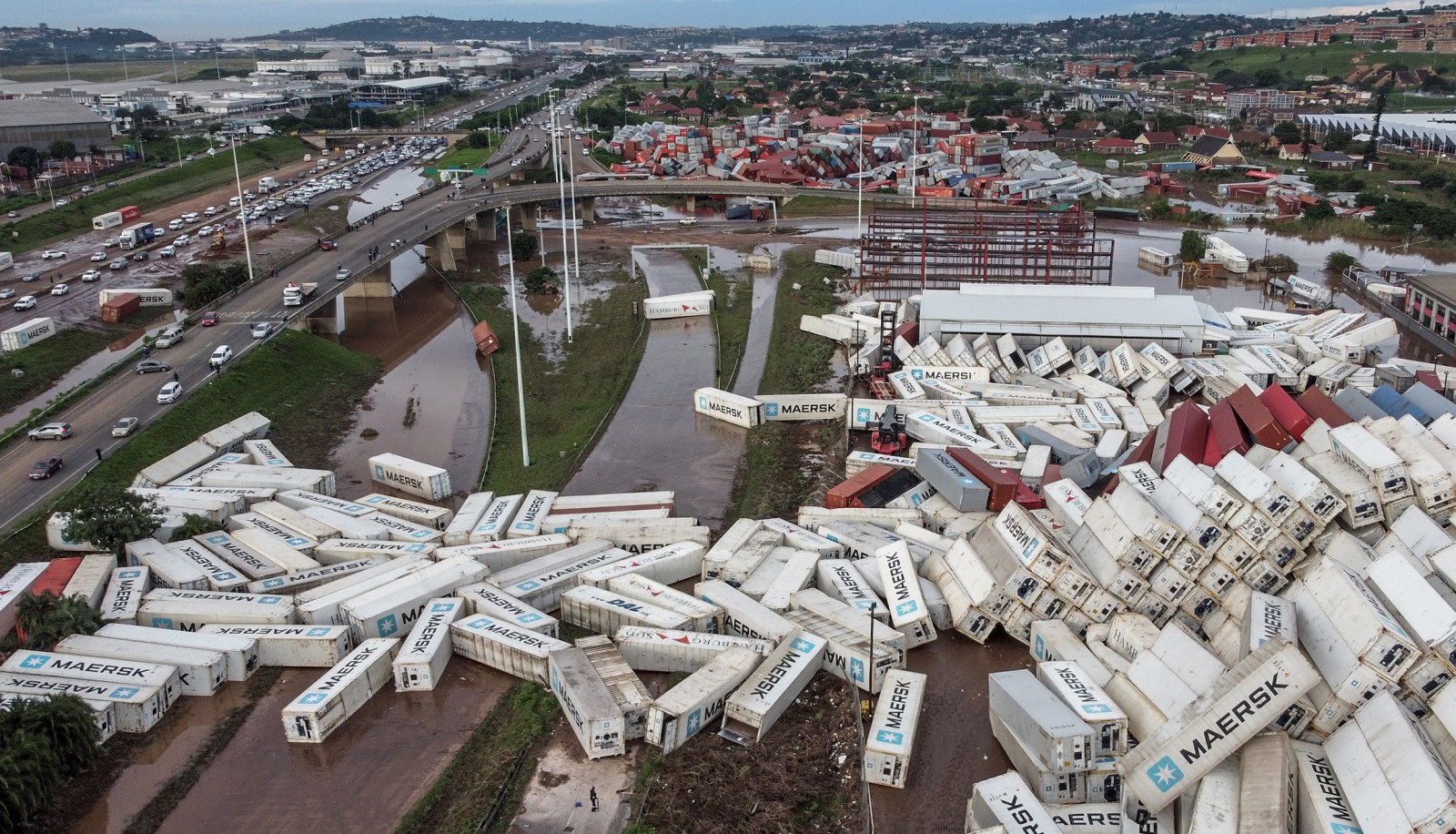 Repairs to the railway system damaged by recent flooding in KwaZulu-Natal have been derailed by ‘business forums’ demanding contracts and job opportunities.

The devastating April floods in KwaZulu-Natal killed more than 400 people. Dozens are still missing and thousands more have been left homeless.

The floods also seriously damaged homes and infrastructure such as roads, bridges, buildings and railway networks. Activities have been disrupted at Durban’s port, Africa’s biggest terminal, while passenger and goods trains travelling between Durban and other parts of the country have been affected.

Initially, the Passenger Rail Agency of South Africa (Prasa) said it would cost between R2.6-billion and R2.9-billion to repair the damage.

The Port of Durban is the largest and busiest shipping terminal in the country, handling more than 13,000 heavy vehicles a day. It links the economy of South Africa to that of its neighbours.

Earlier this month, Prasa’s parent body, Transnet, assembled a team of engineers, technicians and other skilled artisans from around the country to restore the railway infrastructure, particularly along the Johannesburg corridor.

Transnet has also been working with councillors and other stakeholders to get people from local communities to help with the project. But despite this effort, some unemployed youth and members of local “business forums” are not happy, claiming that they have been sidelined.

Earlier this week, jobseekers invaded sites where repair work was being undertaken and stopped construction from going ahead.

Mbongeni Msomi, a member of the Amadelangokubona (local business forum) in St Wendolins, near Pinetown, said the forum would not allow the railway repairs to continue until its demands were met.

“We were the ones doing voluntary work here of clearing the road and trying to find missing people, but when there are work opportunities, new people that we don’t know are called.

“It is clear to us the councillors are bringing their own people to work here,” he said.

Andile Ngcongo, a ward committee member in Mariannhill, said he had heard of the disruptions, but that his area had not been affected.

“Here, the councillor was able to take 30 people from local communities and there was no trouble. But the Transnet team left because they did not feel safe,” Ngcongo said.

“We want the work to continue because many people use the train to go to work, and children use it to get to school in Chatsworth and Queensburgh. Many of these pupils cannot get to school because they cannot afford taxis and other transport.”

Sphiwe Mhlongo, a Grade 11 pupil at a Chatsworth school, said that to attend school he was forced to stay at a friend’s home in an informal settlement.

“The situation is very bad. Just when we could finally attend school every day — after two years of lockdown restrictions — now comes the flood and the damage to the railway line.

“Many of the pupils from Dassenhoek and Mariannhill are not coming to school at all,” he said.

Transnet said it was “aware of sporadic incidents along the railway lines. Discussions are ongoing with the relevant stakeholders (such as local community leaders, ward councillors, local business forums and its suppliers) to reach an amicable and lasting solution.”

Sibu Majozi, Transnet executive manager for corporate communications, said a Transnet team was “working around the clock with local councillors to quell the unrest by responding, within reason, to the requests of the communities”.

She said there was extensive damage to the railway line between Durban and Cato Ridge as well as the north and south coast lines.

“The date is informed by the scale and nature of the infrastructure damage from the flood. Our engineers have assessed which sections of the double rail line can be restored in the shortest possible time in order to ramp up operations as soon as reasonably possible,” Majozi said.

President Cyril Ramaphosa said repair work on the Durban-Johannesburg line had to be prioritised as the corridor was a key logistics enabler of South Africa’s import and export freight transportation, and was vital in facilitating economic growth for the country.

With this corridor out of commission, goods are transported on the roads, clogging already congested routes. DM