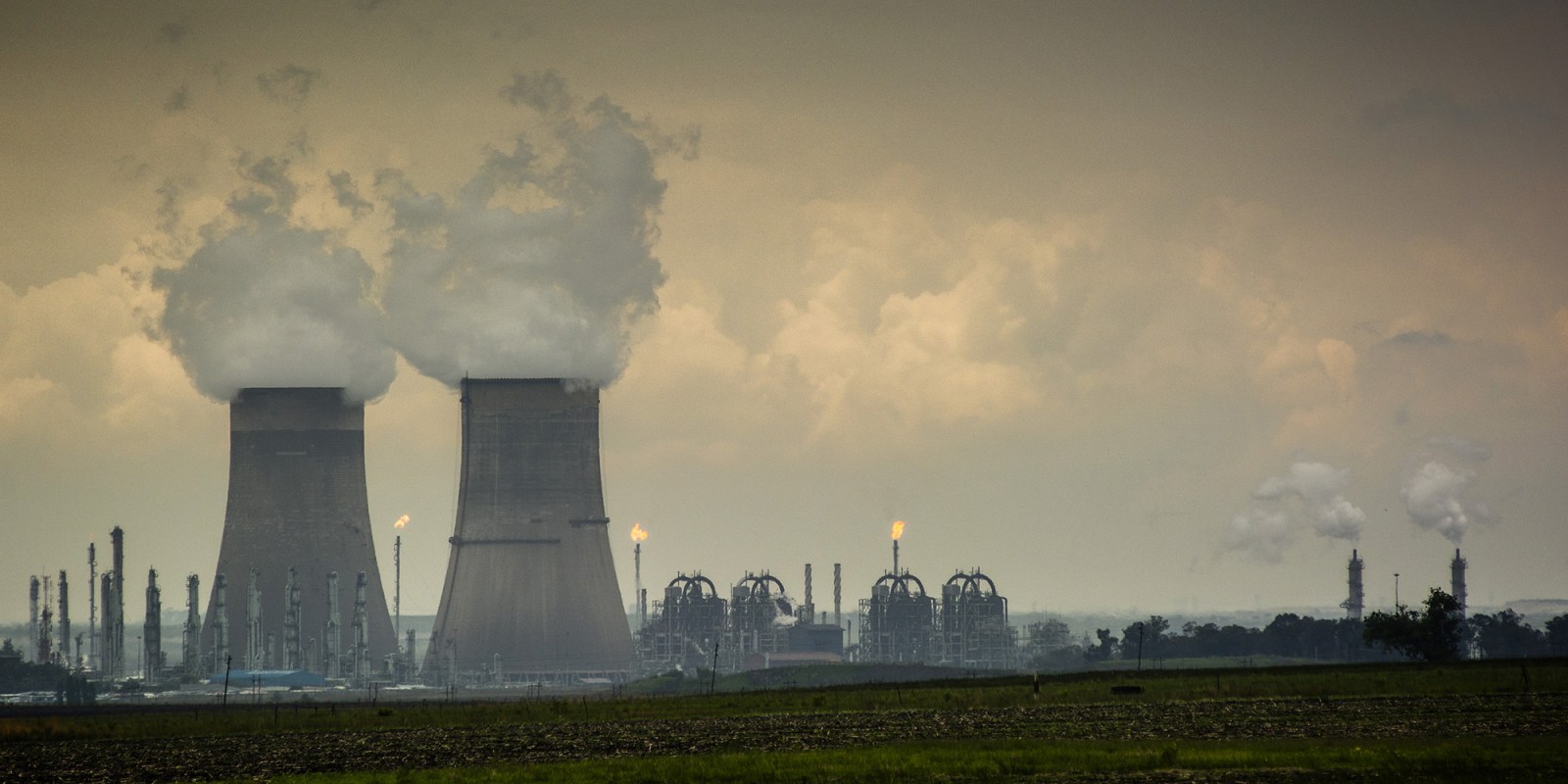 Poverty reduction globally has come at a deadly cost thanks to more air pollution and the worrying ‘silent threat’ of lead and other chemicals, according to new research.

Premature deaths from common pollution sources have risen by two-thirds globally since 2000, a dark consequence of the economic development that has lifted millions from extreme poverty this century. More than 90% of the deaths have occurred in rapidly developing low- and middle-income countries, according to research published in The Lancet Planetary Health on Tuesday.

As population and wealth in poorer countries have increased over the past two decades, so have the number of power plants, goods manufacturers and cars on the road. This is having deadly consequences in areas where pollution mitigation standards have not been put in place, according to Richard Fuller, lead author and founder of both the Global Alliance on Health and Pollution network and the nonprofit Pure Earth.

“Growth without care can be very costly, with the impact on future generations being far more expensive than the immediate benefit,” he said. 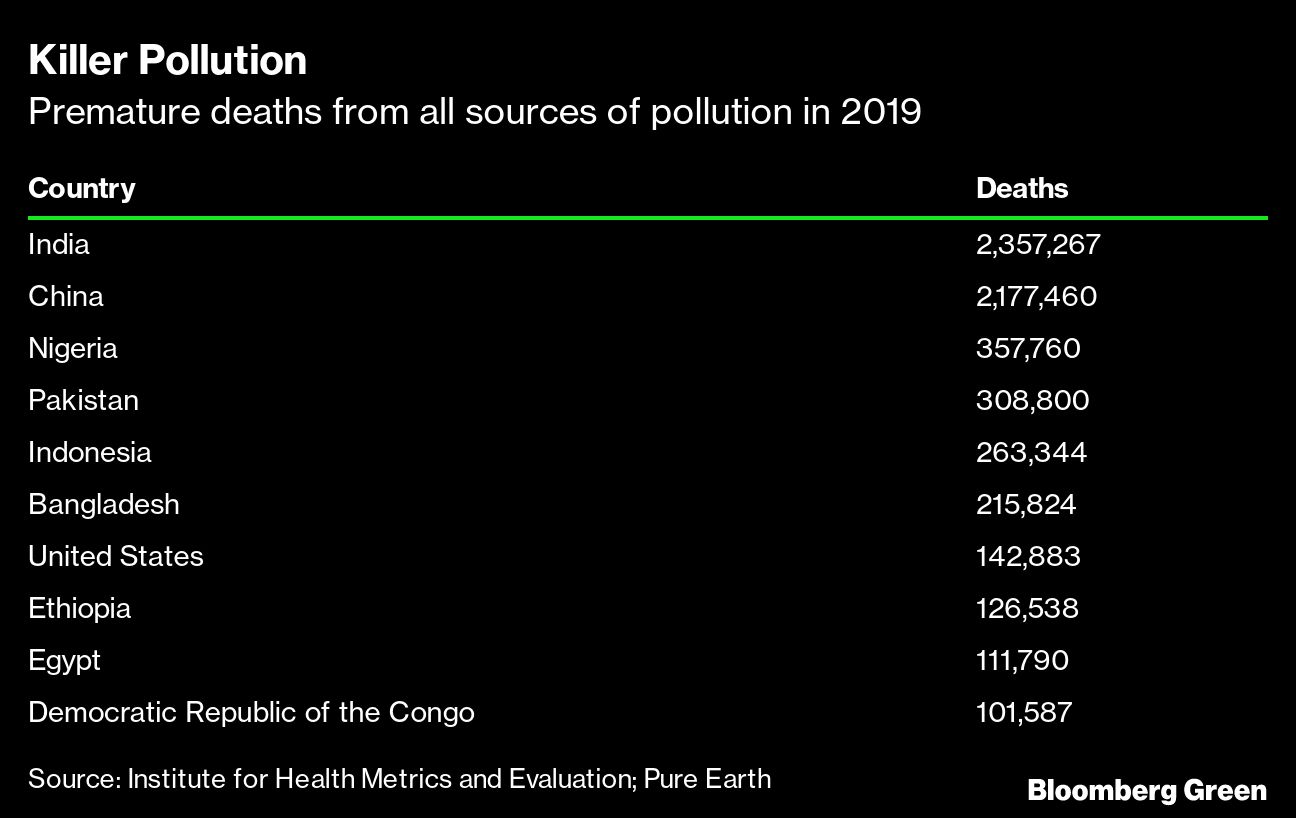 Pollution causes more than nine million deaths each year globally. While most of those are attributed to air pollution, lead and other chemicals are responsible for at least 1.8 million deaths each year – and the actual number might be much higher. The study notes that the ubiquity of chemical pollutants in the modern environment has made them a silent threat.

“I assumed that we would see these problems in air pollution,” Fuller said. “But I was really stunned to see that the chemicals agenda is almost as big as the air pollution agenda.”

About two-thirds of the world’s chemical production is now in low- and middle-income countries. Globally, chemical production has grown at a rate of 3.5% a year since 2000 and today’s output is expected to double by 2030. Only a small percentage of industrial chemicals have gone through rigorous safety studies, which means their actual impact is unknown, according to the research.

Lead remains a top-level concern and was linked to 900,000 premature deaths in 2019, despite every country in the world removing it from gasoline. Pure Earth and Unicef estimated in 2020 that up to 800 million children have high lead levels in their blood – one in three. The causes range from unsafe recycling of car batteries to use of lead in turmeric as a color enhancer.

Lead poisoning can reduce a child’s IQ by three to five points. That means, Fuller said, they lose the equivalent of a year of education and resulting earnings potential, and that mass lead poisoning can shave points of GDP off of entire countries.

Not all the health impacts of economic development have been bad. Poverty reduction brought benefits to some of the world’s poorest people as cases of disease from sanitation and indoor cooking ticked down, a rare encouraging conclusion in the analysis.

Potential solutions include air and water quality monitoring, chemical safety programmes and comprehensive government policy, all of which have been proven to work in developed countries where some pollution has declined for decades. Specific collaborations between public and private institutions, called Health and Pollution Action Plans, have led to advances in countries where industrial and health ministries previously hadn’t worked together to prioritize the problem.

Air pollution kills 6.7 million people a year. A little less than two-thirds of the premature deaths come from fine particulate matter. The number of men whose deaths were attributable to this form of pollution was 44% higher than the number of women, who were slightly more susceptible to water pollution.

The trends were similar to the those in The Lancet Commission on pollution and health’s 2017 review, a sign that countries are failing to address persistent, avoidable causes of premature death. Fuller said acute crises, such as the pandemic, draw attention from more chronic plagues. “The reality is we can multitask and do multiple things at once,” he said.

The analysis is based on global health data collected by the Institute for Health Metrics and Evaluation at the University of Washington. DM/Bloomberg