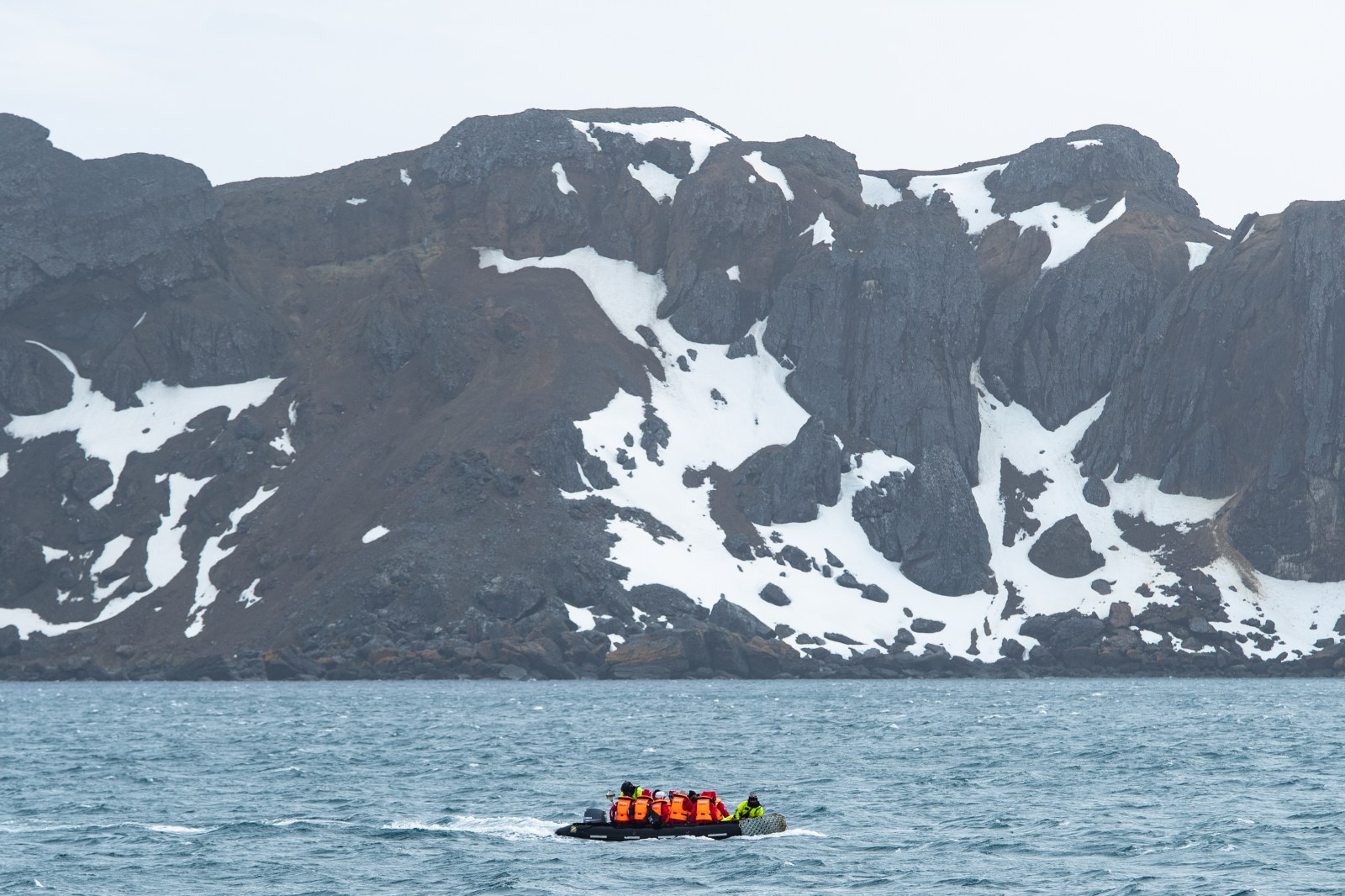 Students from an Antarctic expedition sail in a boat through Fildes Bay, on Rey Jorge Island, located in the Chilean Antarctic territory, 17 December 2021 (Issued 14 January 2022). Known in the collective imagination as 'the end of the world', Antarctica is today the Earth's thermometer: a vast frozen territory in which scientists are investigating the effects of climate change that will have consequences throughout the planet. EPA-EFE/ALBERTO VALDES

May 18 (Reuters) - The world's oceans grew to their warmest and most acidic levels on record last year, the World Meteorological Organization (WMO) said on Wednesday, as United Nations officials warned that war in Ukraine threatened global climate commitments.

Oceans saw the most striking extremes as the WMO detailed a range of turmoil wrought by climate change in its annual “State of the Global Climate” report. It said melting ice sheets had helped push sea levels to new heights in 2021.

“Our climate is changing before our eyes. The heat trapped by human-induced greenhouse gases will warm the planet for many generations to come,” said WMO Secretary-General Petteri Taalas in a statement.

Taalas told reporters there was scant airtime for climate challenges as other crises, such as the COVID-19 pandemic and war in Ukraine, grabbed headlines.

Selwin Hart, U.N. Secretary-General Antonio Guterres’s special adviser on climate action, criticised countries reneging on climate commitments due to the conflict, which has pushed up energy prices and prompted European nations to seek to replace Russia as an energy supplier.

“We are … seeing many choices being made by many major economies which, quite frankly, have the potential to lock in a high-carbon, high-polluting future and will place our climate goals at risk,” Hart told reporters.

The WMO report said levels of climate-warming carbon dioxide and methane in the atmosphere in 2021 surpassed previous records.

Globally, the average temperature last year was 1.11 degrees Celsius above the preindustrial average – as the world edges closer to the 1.5C threshold beyond which the effects of warming are expected to become drastic. Read full story

“It is just a matter of time before we see another warmest year on record,” Taalas said.

Oceans bear much of the brunt of the warming and emissions. The bodies of water absorb around 90% of the Earth’s accumulated heat and 23% of the carbon dioxide emissions from human activity.

The ocean has warmed markedly faster in the last 20 years, hitting a new high in 2021, and is expected to become even warmer, the report said. That change would likely take centuries or millennia to reverse, it noted.

The ocean is also now its most acidic in at least 26,000 years as it absorbs and reacts with more carbon dioxide in the atmosphere.

The WMO also listed individual extreme heatwaves, wildfires, floods and other climate-linked disasters around the world, noting reports of more than $100 billion in damages.