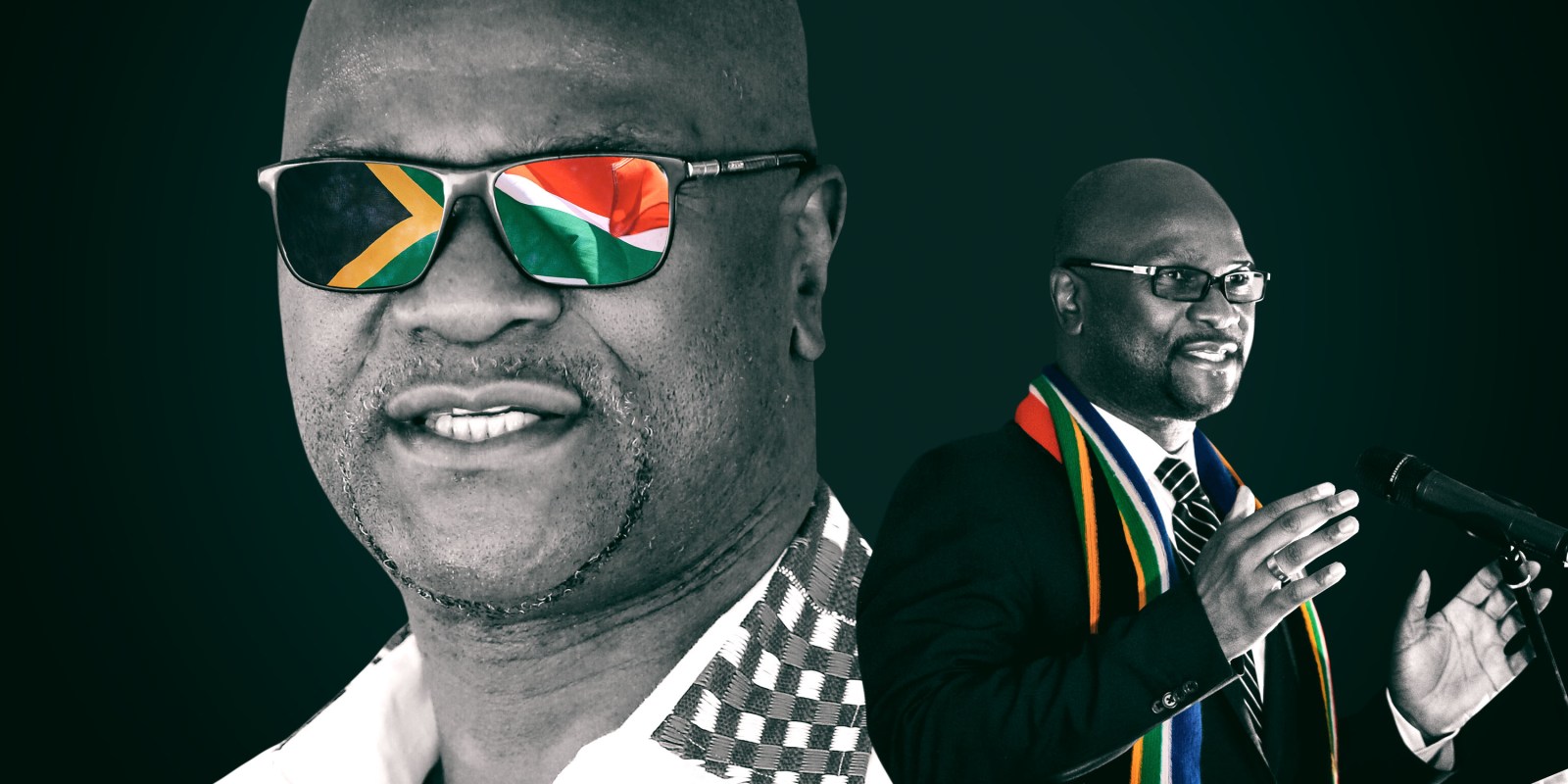 One of Mthethwa’s many problems is that he has created a long list of enemies – and his latest misstep is a good opportunity to remind the nation of his lockdown failure.

Over the past few days, members of our society have queued up to pour scorn on the plan by Arts and Culture Minister Nathi Mthethwa to spend R22-million on a massive South African flag. Much of the frustration appears to come from the very idea of spending so much money on what appears to be a vanity project when the needs of so many are so pressing.

At the same time, the politics around national flags in general, and perhaps ours in particular, can be unpredictable. National flags can elicit strong emotions. That said, it may be that Mthethwa has created the perfect conditions for his critics who accuse him of a spectacular failure to help struggling South African artists during the pandemic lockdowns of 2020.

Mthethwa’s plan emerged last week. He described the flag as a structure that would be 100m high, saying: “We are memorialising our democracy and we are building this monumental flag which will be there forever to inform society about this symbol. It is quite a clear marker of a break with the colonialism and apartheid. It epitomises the democratic values and other values.”

He said that the sheer size of its installation in Freedom Park, Pretoria, and the fact that it would be lit at night would add to its allure.

In short, he appears to believe that erecting this flag will lead to improved social cohesion and increased national pride.

Mthethwa has not stated if he plans to use electricity to illuminate the flag at night.

South Africa has an unfortunate history of money being spent on projects that appeared to be a good idea at the time but were later abandoned.

Perhaps a politically perfect example of this was a statue of then president Jacob Zuma which was erected in Groot Marico in North West in 2017, at a reported cost of around R6-million. It was unveiled with much fanfare in a ceremony involving the then premier Supra Mahumapelo. Now, it lies abandoned, with both Mahumapelo and Zuma forced out of office.

In 2007, in a project almost forgotten now, the then Gauteng Finance MEC Paul Mashatile announced that a 44km monorail would be built to connect Joburg and Soweto. A few weeks later, at a press conference which can only be described as humiliating, he had to announce the project would not go ahead.

Mthethwa’s proposal could not be landing at a worse time.

Food prices have been rising dramatically, petrol prices are about to go up by more than R3 a litre and the Reserve Bank is widely expected to increase interest rates. Underpinning this nationwide calamity is the fact that millions of people lost their jobs during the pandemic and some starved to death.

Amid that, there has been little evidence that the government, and the ANC itself, understand the pain that so many in South Africa feel. Instead, the government has decided to press ahead with a donation worth R50-million to Cuba, despite the fact that there is less hunger there than in our country.

Perhaps the most strident voice of opposition has been from Cosatu, which has demanded that President Cyril Ramaphosa fire him.

Cosatu spokesperson Sizwe Pamla said: “The only message we can say to the President of this country is you are surrounded by mediocre individuals and, as a result, you’re coming across as very mediocre yourself. Now the onus is on you. How do you want to navigate going forward, because all of this, at the end of the day, is going to land on the President’s door.”

Even the TV presenter and social media personality Bonang Matheba has intervened, saying: “Fire this man. Please… You have no clue what you’re doing. Go Away.”

The head of the SA Guild of Actors, Jack Devnarain, has a slightly different view, telling Newzroom Afrika that he hopes Mthethwa gets to erect his massive flag. But Mthethwa is unlikely to take much comfort from Devnarain when he suggests that the flag would then stand as a lasting monument to his tone-deafness.

One of Mthethwa’s many problems is that he has created a long list of enemies – and this misstep is a good opportunity to remind the nation of his lockdown failure.

(Mthethwa has shown monumental tone-deafness many times before; he even politicised the disastrous 2017 Knysna fire, when he accused Absa and FNB of donating R10-million each because they were driven by racist motives. – Ed)

During that terrible time, Mthethwa was particularly unconvincing in his performance, and his singular inability to help the arts and culture sector survive earned him a long roster of loud enemies whose complaints were heard clearly across the land.

Within this is another dynamic around the increased level of cynicism that the government and the ANC now face after the State Capture era. These days, almost every government project, whether to provide relief for flood victims in KwaZulu-Natal or a plan to build a giant flag, is believed to be related to intended corruption.

As has been noted before, the ANC now has the problem that many people believe it is “guilty until proven innocent”.

There is a long track record of this. It was in 2007, 15 years ago, that the then ANC secretary-general Kgalema Motlanthe told the journalist Carol Paton: “This rot is across the board… Almost every project is conceived because it offers opportunities for certain people to make money.”

As the ANC may slip below 50% in the 2024 elections, there is a growing suspicion the ANC elites will attempt to make money while they can.

All of that said, it should not be forgotten that the politics of national symbols and flags can be unpredictable and very powerful.

For example, coming in the context of a court battle over whether the “gratuitous display” of the apartheid flag should be illegal, this proposal could be used to force people to publicly show whether or not they support our national flag.

This kind of politics has been used in name-change debates. In some cases, people have proposed certain changes not so much to make the change but to galvanise their own political base by provoking a response from their opponents.

To put it another way, if an organisation like AfriForum or the DA could be painted as being opposed to our national flag, that could be useful to Mthethwa, or the ANC, in a close election – though that’s unlikely to be the case this time around.

Still, the power of a national symbol can lead to strange outcomes.

In Zimbabwe, in 2016, people wanting to protest against the government wore the country’s flag imprinted on their clothes. In the end, the government banned the sale of the flag and tried to stop people from wearing it, making it illegal for the people of Zimbabwe to display their own flag.

This suggests that those who play politics with a national flag should be aware of what can be unpredictable outcomes and that a flag can have an almost unique power.

In the case of Nathi Mthethwa, it may well be the power to disappear from Cabinet. DM