All we are saying is ‘Give Peace a Chance’ 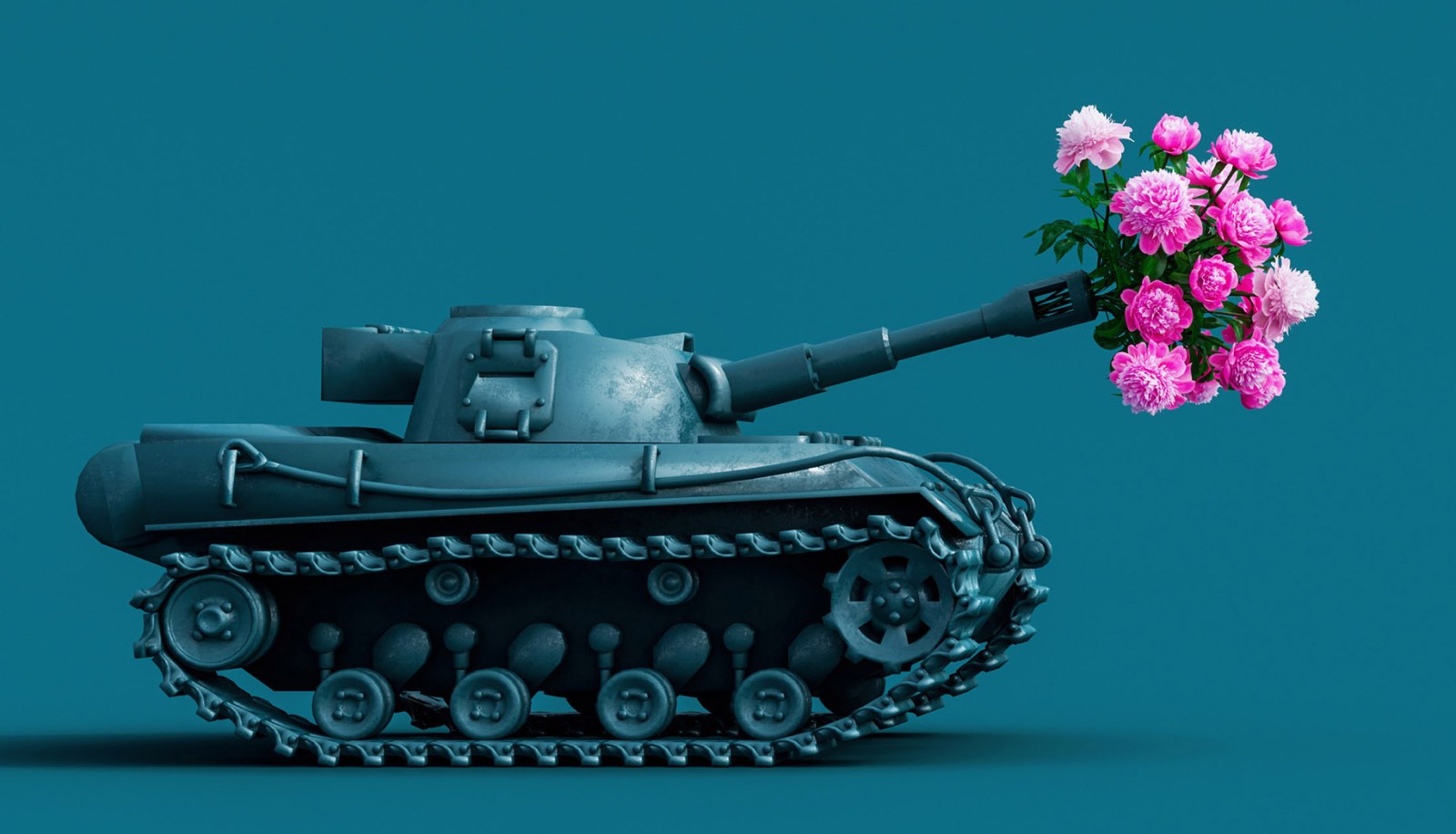 The United Nations International Day of Living Together in Peace was on Monday. But, where, you might ask, is the United Nations as the world moves towards new and ever more dangerous wars? And... where is the peace? (Photo: iStock)

For those under siege of hunger, local violence and fear, South Africa feels a long way away from the horrors of the war in Ukraine. But while we might not feel the ground shudder with bombs, or see the earth colour with blood, the sense of distance is an illusion. This is already a global conflict with global consequences. We are all already paying for it. To end the killing and destruction and to prevent a catastrophic escalation we should be doing more to give peace a chance. Everywhere.

And… where is the peace?

This year’s theme was “End racism. Build peace” and according to the UN the day was meant to be dedicated to “working towards a world free of racism and racial discrimination. A world where compassion and empathy overcome suspicion and hatred.”

Yet, it occurred two days after a hate crime in Buffalo in the US that targeted people purely because they were black. Ten people died.

Globally the picture is not pretty.

Across the world there are darkening clouds of war and, as the peace movement points out, governments are responding to war not by mobilising and negotiating for peace, but by funding and threatening further war.

In all but name NATO and Russia are at war. One fears that it will not be if, but when, this becomes a formal state of affairs.

This is a boon to the arms industry. There’s a killing being made from killing, as hyper-remunerated CEOs of arms companies like Raytheon have unashamedly acknowledged, telling shareholders in January 2022 that a war over Ukraine was a “benefit” and “increased opportunities for international sales”.

In 2021, according to the reputable Stockholm International Peace Research Institute (SIPRI), world military expenditure exceeded $2-trillion for the first time. 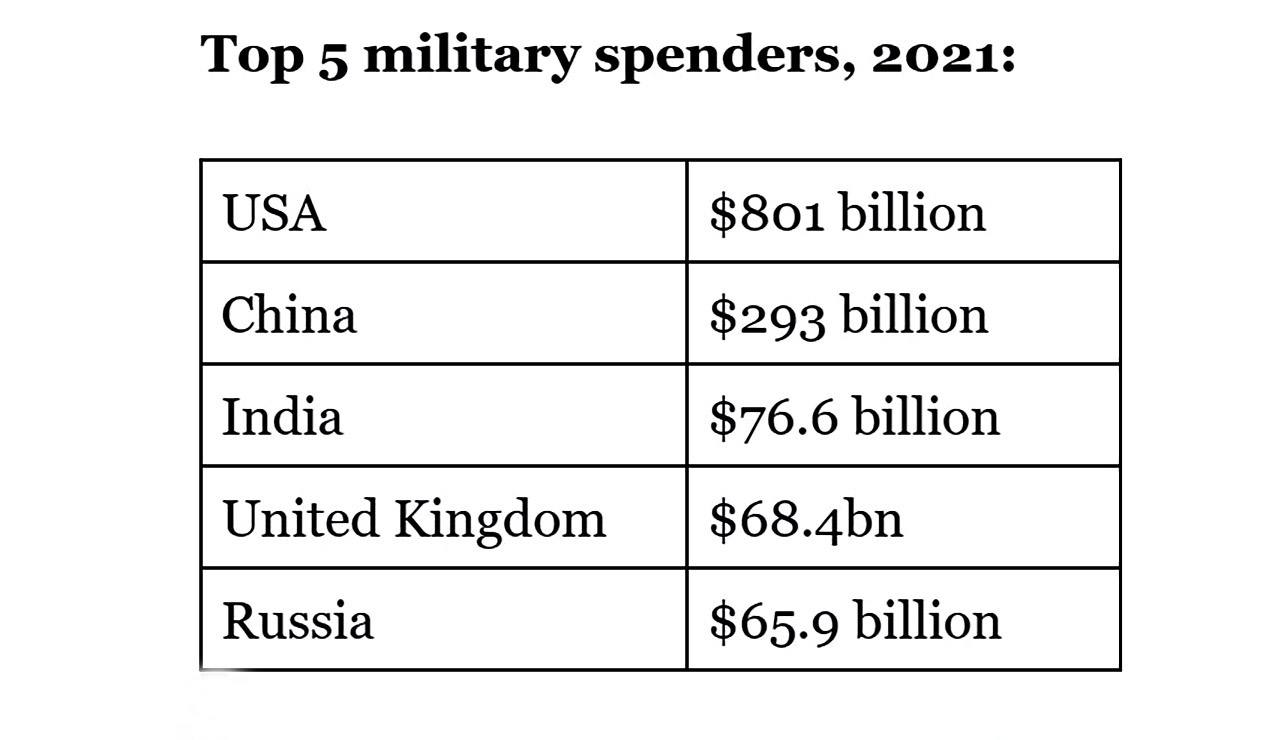 Given the Russian invasion of Ukraine, these numbers are likely to increase dramatically in 2022. It is estimated that Russia is spending $900-million a day on the war. According to the New York Times, the US Congress has so far passed more than $50-billion to support Ukraine “with few questions asked”, and is spending $100-million a day, according to some estimates.

Conflicts simmer all over the world: in Israel, in Yemen, in South Sudan, potentially in the South China sea.

This is bad for all life. But as we pointed out in an editorial days before Vladimir Putin invaded Ukraine, it’s also bad for social justice, bad for equality and bad for climate crisis mitigation. There are life-saving and planet-saving ways to spend such vast amounts of money.

War, oh lord, there’s got to be a better way.

In his book How to Spend a Trillion Dollars: the Ten Global Problems We Can Actually Fix, New Scientist senior editor Rowan Hooper points out that “the UN estimates that it would cost $175-billion per year to eliminate extreme poverty around the world. To achieve all 17 Sustainable Development Goals, including action on global health, climate change, biodiversity, sustainable housing, industry and food production and consumption, the UN puts the figure at $2-trillion per year. Its budget for 2020 was a pitiful $3.1-billion.”

War is also eclipsing attention to the greatest threat to peace and security on the planet: global heating. The cowardly and insufficient targets of COP-26 have already been surrendered. As a result, catastrophe awaits our children and their children.

But, according to the expert-informed calculations of Hooper, with a trillion dollars – half the amount we spend on arms per annum – “we have a chance to change the world – and perhaps save it”.

However, our governments have decided not to save the world. Many of them are in the pockets of what Shadow World Investigations founder Andrew Feinstein calls “the global national security elite”.

Thus, while world leaders declare “insufficient funds” for the climate crisis and realising fundamental human rights, there are unlimited funds for war. It’s mind-boggling, debilitating… and meant to be that way.

South Africa has its own wars: against women, against Abahlali baseMjondolo, against foreigners, against children. In this context, for those on the receiving end of domestic violence, the war in Ukraine feels a long way away. But while you might not feel the ground shudder with bombs, or see the earth colour with blood, the sense of distance is an illusion.

Though it may sometimes look like it, this is not a war game, watched nightly on cable news, with goodies and baddies shooting it out in the underground tunnels of the Azovstal steel plant in Mariupol.

This is already a global conflict with global consequences.

Predictably, as in all past wars, the media have given little attention to peace movements that are stuttering into existence across the world, braving jingoism and calumny.

Putin = bad. Ukraine = good. True. More or less. But in between these two poles there is little nuance to the analysis of the war, little attempt to help the public understand what led up to it, little lasting focus on who’s making money from it, who’s lobbying behind the scenes for it, who’s political careers depend on it.

However much we despise corruption in our government and its Russian connections, people in South Africa should not be chilled into thinking that calling for peace is a dirty word. Many respected analysts, like Jeffrey Sachs, have called for peace negotiations. War is not realpolitik, it is elite politik. People like Nelson Mandela showed the advantage of choosing peace and negotiation, even with the worst enemy, rather than perpetual destructive conflict. Where the poor pay.

The danger is that if ordinary people do not demand that our governments break the new cycle of war NOW, the world will be tipped into a vortex that will see an intensification of conflict for years to come. Time is against us. We need to stand up for peace and social justice. Everywhere. Without discrimination. Now.

The Stop the War campaign in the UK is calling for an international day of action on 25 June demanding “the withdrawal of Russian troops, an end to the military escalation by the NATO countries and for all efforts to be focused on finding a negotiated solution to this terrible war”.

On 25 June all of South Africa needs to be seen and heard calling for peace and social justice. Conversations, mobilisations, debates and peace protests can start today! DM/MC