Sweden seeks to overcome Turkish objections to its NATO...

Sweden seeks to overcome Turkish objections to its NATO bid 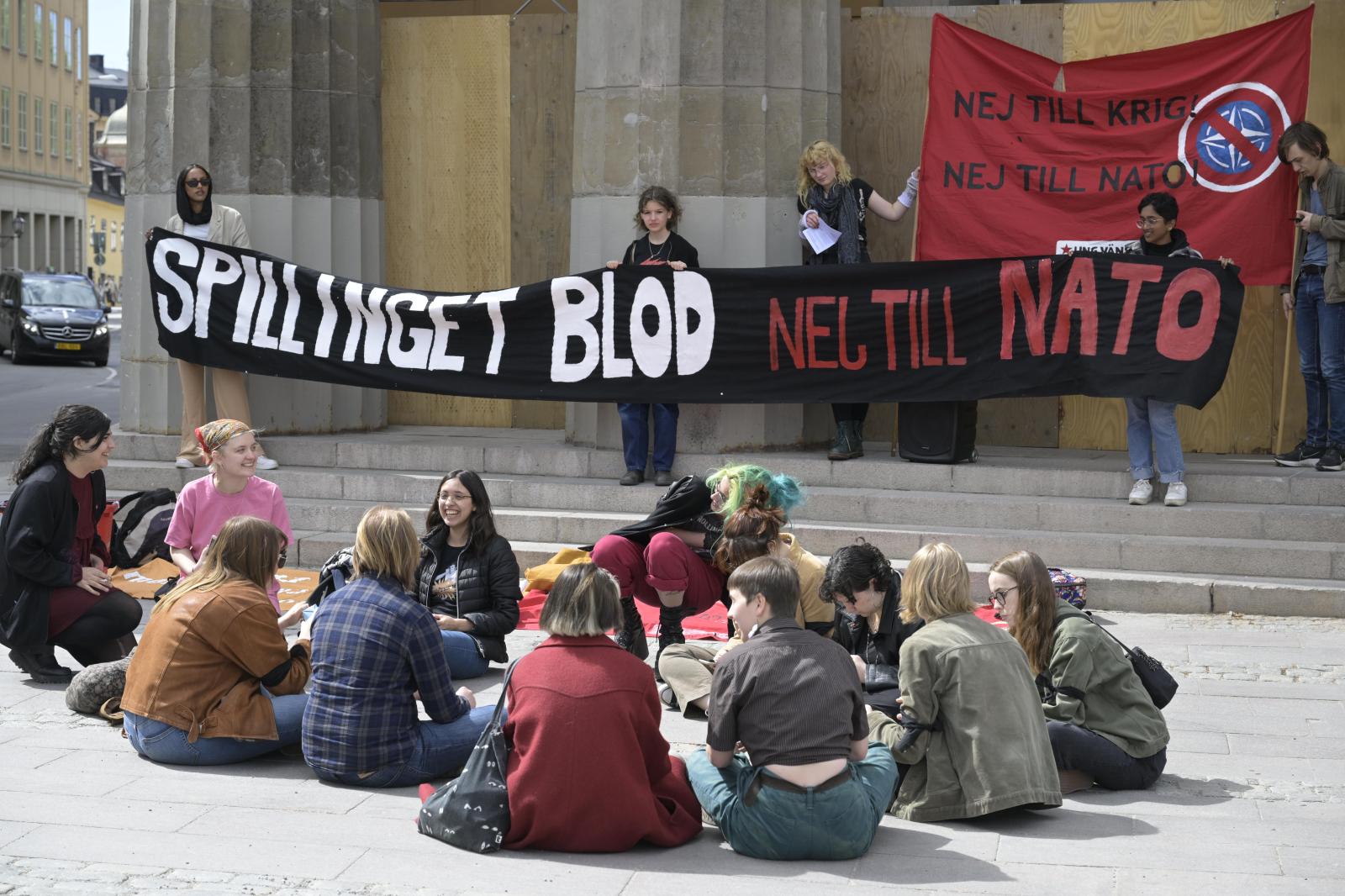 People protest against Swedish membership in NATO, outside the Parliament in Stockholm, Sweden, 16 May 2022. Today the Swedish Parliament will debate the NATO membership. EPA-EFE/Janerik Henriksson SWEDEN OUT

STOCKHOLM, May 16 (Reuters) - Sweden will start diplomatic discussions with Turkey to try to overcome Ankara's objections to its plan to join NATO, Defence Minister Peter Hultqvist said, with a formal decision to apply for membership of the 30-nation alliance expected on Monday.

Sweden’s governing Social Democrats dropped their 73-year opposition to joining NATO on Sunday and are hoping for a quick accession, following Russia’s Feb. 24 invasion of Ukraine.

The decision to abandon the military non-alignment that has been a central part of Swedish national identity for more than 200 years marks a sea change in public perceptions in the Nordic region following Russia’s attack on its neighbour.

“Europe, Sweden and the Swedish people are living now in a new and dangerous reality,” Andersson said during a debate on security policy in parliament on Monday.

She said however that Sweden did not want NATO military bases or nuclear weapons on its territory if its membership is approved.

There is broad backing in parliament for an application, though the government does not need its approval to go ahead.

Finland on Sunday also confirmed it would apply to join the Atlantic military alliance.

However, Turkey surprised its NATO allies by saying it would not view applications by Finland and Sweden positively, mainly citing their history of hosting members of Kurdish militant groups. President Tayyip Erdogan calledthe Scandinavian countries “guesthouses for terrorist organisations”.

“We will send a group of diplomats to hold discussions and have a dialogue with Turkey so we can see how this can be resolved and what this is really about,” Swedish Defence Minister Peter Hultqvist told public service broadcaster SVT.

Turkey said it wanted the Nordic countries to halt support for Kurdish militants on their territory, and to lift bans on sales of some weapons to Turkey. Turkish state media said on Monday that Sweden and Finland had rejected requests for the repatriation of 33 people that Turkey alleges have links to groups it deems terrorists.

Sweden’s Foreign Ministry did not immediately reply to a request for comment.

NATO and the United States said they were confident Turkey would not hold up membership of Finland and Sweden.

Any decision on NATO enlargement requires approval by all 30 members of the alliance and their parliaments. Diplomats said Erdogan would be under pressure to yield as Finland and Sweden would greatly strengthen NATO in the Baltic Sea.

“I’m confident that we will be able to address the concerns that Turkey has expressed in a way that doesn’t delay the membership,” NATO Secretary-General Jens Stoltenberg said on Sunday.

The parliamentary debate in Sweden, a formality as there is already a broad majority behind an application, also gave a chance for the two parties still opposed to a NATO membership application to voice their concerns.

“The decision … to join a nuclear-armed alliance with authoritarian regimes is being made with no input from voters,” Left Party leader Nooshi Dadgostar said. “There are other ways of keeping Sweden safe.”

By Johan Ahlander and Simon Johnson