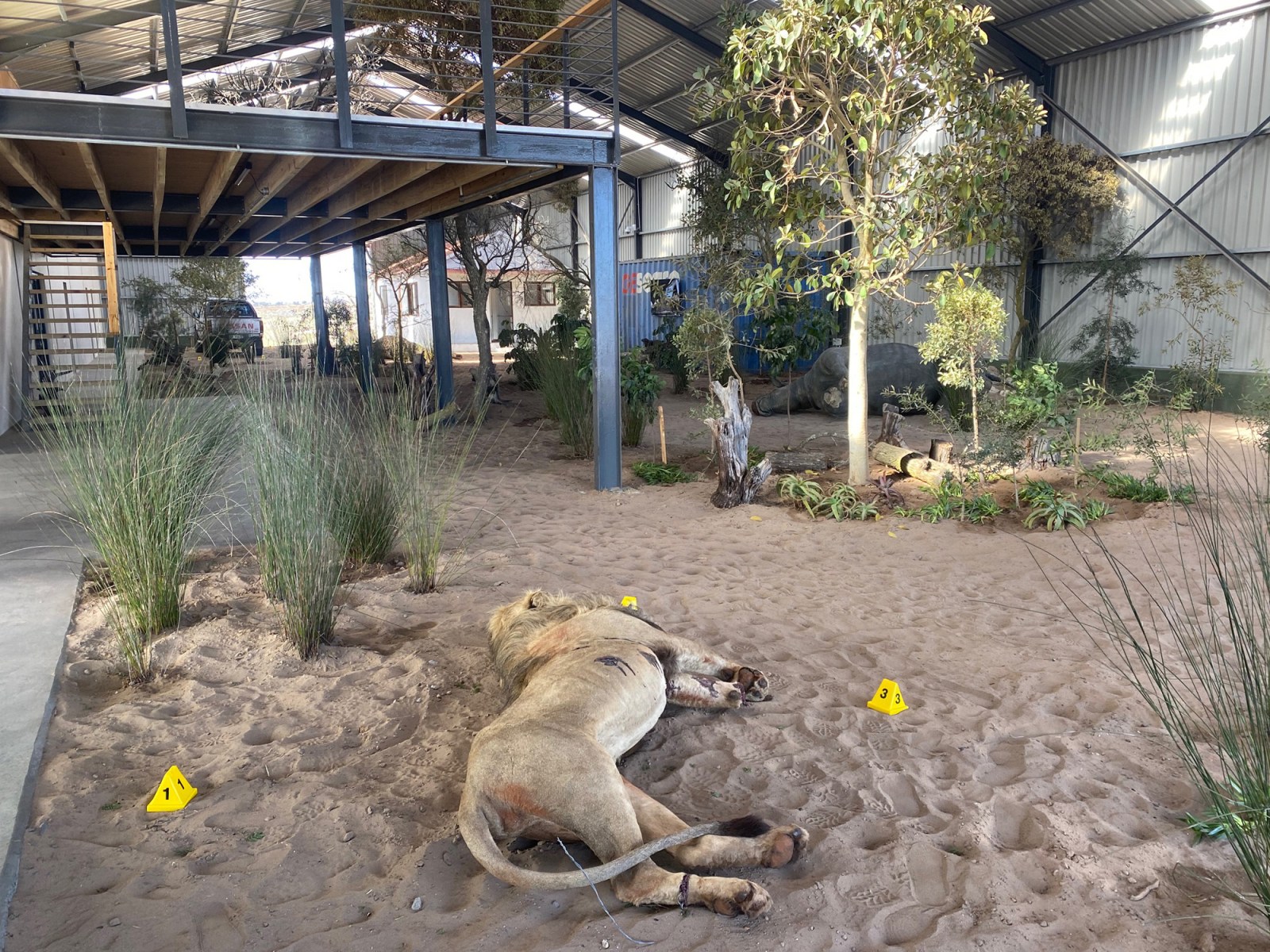 A forensic academy in the Western Cape will make it easier to catch and prosecute poachers and other perpetrators of crimes against wildlife. The Wildlife Forensic Academy, a state-of-the-art forensic training institution aimed at protecting and preserving wildlife around the globe, was launched at Buffelsfontein Nature Reserve on the West Coast on Friday.

While forensic science has proven highly successful in helping catch perpetrators of human crimes — with a single cell now being enough for forensic sleuths to form a DNA profile — its potential in animal-related crimes remains largely untapped.

The Wildlife Forensic Academy (WFA) is a first-of-its-kind forensic training facility. It was launched on 13 May at Buffelsfontein Nature Reserve on the West Coast and will be another weapon in the fight against wildlife crime.

“It must be understood that in most cases, wildlife poaching is linked to organised crime. Using forensic evidence to bolster a criminal case can help combat poaching through increased prosecution levels, financial chain disruptions and thus reduce repetitive crimes,” said director and co-founder of the WFA, Dr Greg Simpson.

According to Simpson, most wildlife crime scenes are entered, trampled and contaminated and key evidence is destroyed — evidence which could assist in building strong cases against suspects and the organised crime syndicates fuelling the illicit trade in wildlife.

The Wildlife Forensic Academy hopes to assist in turning the tide against illicit wildlife trading through training and providing expert knowledge to help establish databases and capability.

The academy aims to provide forensic knowledge, awareness and training to rangers and veterinary, conservation, ecology and wildlife forensic students.

“I think, as humans, we really need to do a better job of living with the species around us… and forensics is quite focused. But it is just a link in the chain, [and] it’s a very important mechanism to make a difference,” said Simpson.

“I’m hoping that the academy will do more than just teach about that link, but also create awareness and [highlight] the need for understanding the bigger picture and how we can improve how we tackle these types of crimes,” he said.

The WFA is the brainchild of Andro Vos, who first conceived of the idea about 10 years ago when he was then programme director at the Netherlands Forensic Institute. While giving a lecture in South Africa, Vos had been asked whether forensic science could be used in tackling wildlife crime.

“I hadn’t thought about it, but the idea never left my mind,” he said.

After learning more about wildlife crime and the thousands of animal species that are headed for extinction through the growing illicit wildlife trade, Vos began work on the project.

“I had no money in the bank, but I had a strong idea,” said Vos.

Along with his co-founders Simpson and Fred van Alphen, Vos had initially planned to establish the WFA near the Kruger National Park. However, the team soon realised that the academy needed to include different types of wildlife crime in its training, and expand to marine life such as abalone and plant species such as dwarf succulents in the Northern Cape, which are hard hit by poaching syndicates linked to the international illegal market.

“We looked at quite a few different options — Stellenbosch, Franschhoek — but we wanted to be within an hour of Cape Town, and there are not many reserves with a variety of animals close to Cape Town,” said Simpson.

The team settled on Buffelsfontein Nature Reserve on the West Coast — just over an hour away from the Mother City.

What underpins the work of forensic scientists is the principle that “every time a person or an animal comes into contact with anything else — an object, a place, another person or another animal — it will leave a trace,” said Prof Claire Gwinnett, director of the Centre for Crime, Justice and Security, specialising in trace evidence at Staffordshire University in the UK.

Speaking at the WFA launch, Gwinnett explained that, in addition to more obvious types of traces that can be found at a crime scene, such as fingerprints and DNA, perpetrators can also leave impressions in the form of shoeprints and tyre tracks.

Bullet fragments, marks left by tools that may have been used to make a snare or slash a rhino horn, and metal particulates from those tools can also be traced by forensic sleuths.

Fibres from garments or building materials can be tracked.

Even botanical information — traces of pollen or soil — can tell investigators about where a perpetrator has been. And let’s not forget about digital traces on mobile phones, CCTV or the internet.

“Together, this allows us to be able to make an investigation incredibly powerful,” said Gwinnett.

“Every time someone shakes hands with another person, we have remnants there, [and] every time someone touches an animal, we are left with traces. We don’t really use those traces in wildlife crime investigations as well as we could. But the capacity is huge,” she said.

“We do this in human crimes. Why aren’t we using the full capacity of forensic intelligence, leading to conviction, leading to confessions, when it’s so powerful?”

According to Gwinnett, this is because of several challenges.

In part, it’s due to “the scale of the problem and the huge breadth of different wildlife crime types”.

“And these are not simple environments; some of the environments where wildlife crimes occur are incredibly dynamic. You are more prone to loss of evidence in outdoor scenes. In the marine environment, you have a whole new set of challenges,” she said.

Added to this is the challenge of finding the resources and capacity to determine what we can harness from our knowledge and efforts in human crimes, and how we can apply it to wildlife investigations.

While forensic science continues to evolve, so do the tactics of criminals.

“So we’ve got a lot to do — that’s what the academy is here for… to try to solve some of these challenges and build on empirical data so that we can be informed and get the best practices for the future,” she said.

“If we can practise forensic science appropriately, effectively and cost-effectively, we’re going to be able to reduce [wildlife] crime,” she said.

Located within Buffelsfontein Game and Nature Reserve on the West Coast is the Wildlife Forensic Academy’s experience laboratory — an 800m2 training facility that was officially unveiled on 13 May. Inside the lab were several simulated crime scenes, including a house, tent, boat, vehicle and wildlife crime scenes.

As Vos threaded his way around the carcasses of a taxidermied lion, rhino and giraffe that lay on the floor of the facility, he explained the lab’s purpose.

“The experience laboratory is to inspire people — that’s actually what we want to achieve. We use real animals, real simulation and we want to touch people in the heart,” he said.

In the lab, Vos explained that the crime scenes are staged with cameras, microphones and sensors to monitor, record and store the data relating to the scene.

Inside an observation room attached to the facility, lecturers are able to monitor on screens the techniques of students performing a crime scene investigation. Movement in the crime scene, item handling and the collection, contamination, distribution and capturing of evidence are recorded and analysed for students and lecturers to review and improve their approach, Vos explained.

“The purpose of the forensic laboratory is that once [students] have collected trace evidence from the crime scene, they can move to the laboratory to send the trace for analysis,” he said.

Vos said that during previous public viewings of the experience lab before the launch, inspecting the crime scenes had left some people in tears.

“We saw people, a few times, crying while walking through the academy when they started to understand the extent of the problem. Then you know you can inspire people to make things happen,” he said. DM/OBP