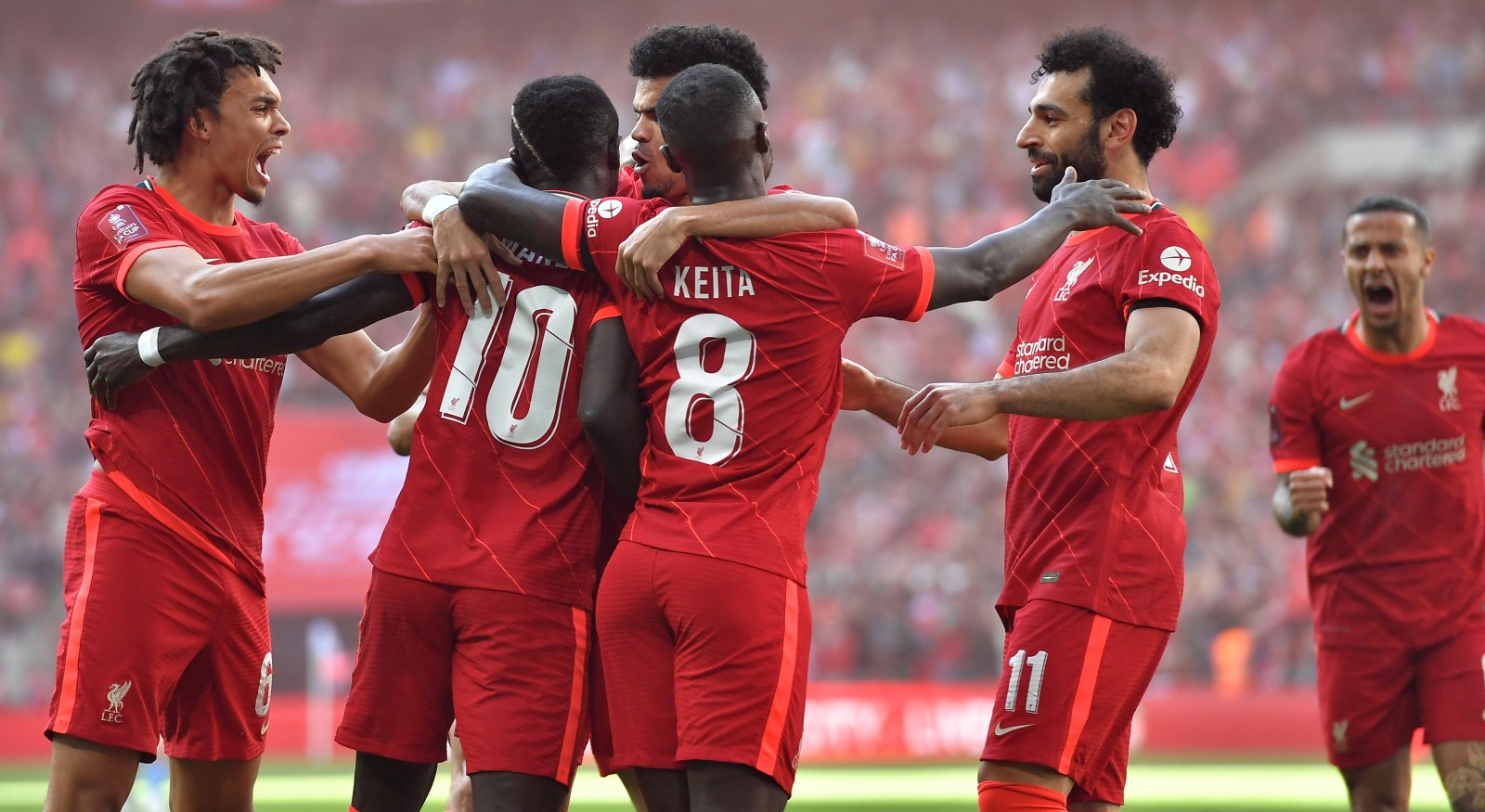 Liverpool could claim a second piece of silverware this season by winning the FA Cup final at Wembley. But a Chelsea in flux stand in the way of the Reds making history.

Liverpool’s dream of completing the quadruple – by winning the Premier League, the League Cup, the FA Cup and the Champions League – is hanging on by a thread.

Manchester City hold a three-point advantage in the Premier League with two of the season’s 38 games to be played. It would take a remarkable collapse by City for Liverpool to win the title.

So, Liverpool’s realistic hopes of ending the season with more than one trophy rely on winning one of the three Cup competitions they are still pursuing. The League Cup was won in a dramatic penalty shootout against Chelsea in February, and the sides clash again at Wembley for the FA Cup on Saturday, 14 May.

After that, Liverpool have a trip to Paris for the Champions League final against Spanish giants Real Madrid on 28 May. Because they have reached every Cup final, the Reds will finish the season having played every competitive match they possibly could in 2021/22. They could still come away with four trophies, or just the one. In between it could be two or three.

Their stellar season might fizzle out, but it could deliver so much success, too. That is the beauty of this campaign and of manager Jürgen Klopp’s team. Liverpool are relentless and have pursued every accolade with a brilliant brand of attacking football and an iron will that has seen them snatch wins from seemingly impossible positions.

The FA Cup is the oldest and most prestigious domestic cup competition in the world. But, for a time, Liverpool’s relentless pursuit of ending their Premier League drought, which went from 1990-2020, meant they occasionally relegated the FA Cup to a secondary consideration. This year marks Liverpool’s first final appearance in a decade.

Under Klopp, that mentality has changed. Liverpool FC play every match to win and enter in every competition and league with the objective of victory.

But to achieve those ambitions, and meet those self-set standards, requires planning and foresight. You don’t play 63 competitive games in a season, which has included one game every three days for the past two months, without high-quality squad depth.

Every player has to be interchangeable with another so that the team is not weakened. The shape might have to be tweaked – such as using midfielder Jordan Henderson further forward when he replaces Fabinho – but the collective must remain strong.

Fabinho suffered a hamstring injury against Aston Villa on Tuesday, 10 May, and will miss the FA Cup final. It’s a blow for Liverpool but also not a crisis. Two years ago, losing a player with the Brazilian’s quality would have been a huge setback. No more.

Patience is the key

Klopp has gradually built a deep and high-quality squad in his six and a half years in charge to ensure that, late in the season, when injuries occur, there is cover.

The Reds bucked the trend of a quick fix, thanks to the vision under Klopp and owners Fenway Sports Group. Klopp was appointed in 2015 and his vision, shared by the owners, included a healthy dose of realism and an acceptance of where they were at the time and what they needed to do to get to where they currently are.

No one wants to hear about success in five years’ time. Everyone wants success now. Klopp wanted success in his first year, no doubt, but his measurement of it was not simply tallied in trophies.

It was measured in seeing players grow and improve, in creating a fitter, more fluid team with a clear understanding of their style and tactics and in building trust with fans and the city.

Liverpool targeted specific players and often, relative to the overinflated prices at the summit of the game, picked up relative bargains and some expensive successes.

Let’s not get carried away, Liverpool have spent vast sums of money to reach this point. But, relative to main rival Manchester City, and fallen giants Manchester United, their spending has been parsimonious.

In all, Klopp has spent £605-million (R11.8-billion) buying players and almost all have been fundamental to the team’s success. In turn, he has sold and offloaded 60 players for £453-million (R8.9-billion).

Diogo Jota and Luis Díaz have been sensational recent signings. Virgil van Dijk and goalkeeper Alisson Becker came at a much higher cost — a combined £140-million — but both would be sold for more if they were put on the market tomorrow and they have delivered silverware.

It all adds up to Klopp being the first manager of any English side to take his team to all three major cup finals in the same season. All that remains is for Liverpool to win the remaining two. DM168

Top goalscorers for the respective teams in FA Cup 2021/22:

Most FA Cup goals for club:

This is the 150th anniversary year of the FA Cup, the oldest football tournament in the world.

This will be the fourth meeting of the season between Liverpool and Chelsea. The other three matches all ended level at full time, despite the Reds lifting the League Cup trophy via penalties in February. DM168