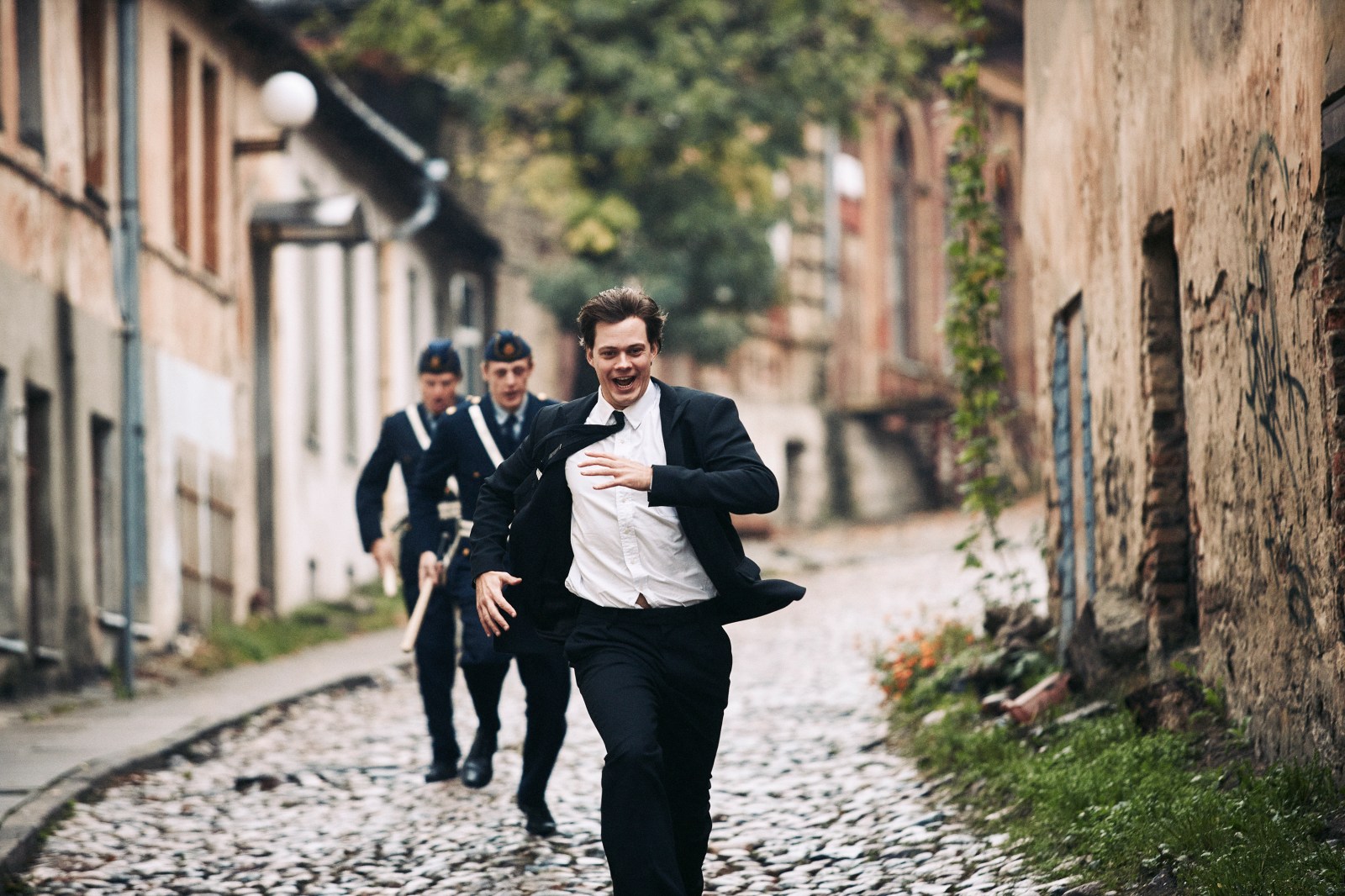 Clark is a new limited series on Netflix about Clark Olofsson, the notorious Swedish celebrity gangster responsible for the term Stockholm syndrome. The trick to this fascinating comedy crime-drama is to not get charmed yourself.

You’ve probably heard of Stockholm syndrome: a psychological response to being held captive in which a hostage forms an attachment to their captor. A popular theory is that it occurs as a coping mechanism – when afraid and faced with danger, a person will seek out security and reassurance, and the perpetrator, being in a position of power as well as the only available option, is able to step into that role.

The important thing about this explanation of Stockholm syndrome is that it is primarily initiated by the captor’s manipulation rather than a sudden burst of insanity in the victim. Stockholm syndrome is most likely to happen when the perpetrator is charismatic, intelligent and narcissistic enough to buy into their own lies – someone like… Clark Olofsson.

Early on in Netflix’s new limited series, Clark, Olofsson (played to perfection by Bill Skarsgård) suggests that Stockholm syndrome should rather be called Clark Olofsson syndrome. He’s got a point. The term was coined when he managed to charm hostages in a bank heist – one of whom he was romantically involved with – into helping him. The fact that the bank was in Stockholm seems arbitrary in that part of the story.

But in another sense, Stockholm syndrome is the perfect name, because it wasn’t just the hostages who were seduced by his charm – the city itself and much of Sweden fell under his spell, revering this career criminal as a folk hero like Jessie James or Bonnie and Clyde.

Olofsson is one of the most controversial figures in Swedish history. He’s spent more than half of his life in Swedish correctional facilities of various kinds for virtually every crime you can think of (he’s particularly fond of bank robberies and drug trafficking) and yet he’s been deified as a Swedish legend.

Olofsson was good-looking and charming, and he lived his criminal lifestyle with extreme recklessness. When his crimes started attracting public attention as a young man, and he was acquitted for killing a cop, the tabloids latched onto the image he presented of himself as a bad-boy Casanova and essentially made him a superstar.

The media has struggled not to idolise him ever since. Even as recently as 2020, a Swedish state-controlled television broadcaster aired a documentary called Clark – en rövarhistoria, which depicted him as a hero. It was produced by one of Olofsson’s previous criminal associates.

The most fascinating thing about Clark, is how director Jonas Åkerlund chose to deal with his flattering mythology. Each episode begins with the text: “Based on truths and lies.” This is not just a tongue-and-cheek way of saying that the story is fictional; it’s also an acknowledgement of the falseness of Olofsson’s self-aggrandised canon.

Not only is the story told from his point of view, but also from within his narcissistic delusions of grandeur, frequently portrayed through formulaic but reliably funny frenzied fast-edit montages of debauchery and crime put to cheerful Swedish folk music.

This endears the audience to Olofsson by inflating his wit and talent, but it does so to such an exaggerated extent that he becomes the butt of the joke. His first-person narration is voiced like a spy, farcically gruff and dramatic, and the score and editing are ironically slanted in his favour even when he’s hurting innocent people and ruthlessly betraying his friends.

The camera’s loyalty to Olofsson’s account exposes the extent of his self-delusion and reveals him to be a fool, while the audience cheers him on nonetheless. It’s a fun and clever way to tackle his story.

Olofsson’s cultivated persona was never plagued by regret. He refers to prison as “the hotel” and claims that he quite likes it there. Solitary confinement is a breeze, jailbreaks are great fun, every day on the run is a good day, and when he inevitably gets caught again, he always seems to be laughing and smiling. “There’s no place like home,” he says.

He passed himself off as the kind of harmless goofy prankster villain you’d find in a comic strip, but behind this façade was a deeply disturbed, selfish sociopath and a misogynistic sexual predator.

The way he took advantage of Sweden’s prison system is no different to the way he manipulated the women in his life, constantly tugging on their empathy and making deceptive promises. It’s sickening. He finds ways to be a scumbag you wouldn’t even think of. Every action he takes has a selfish ulterior motive.

In the first episode, he brushes off the link between criminality and childhood trauma saying, “Always the same damn question. Clark, can you tell us about your childhood and your parents? If I had a penny for every shitty shrink who asked me that question, I wouldn’t have had to rob all those banks.”

Clark hides the nature of his childhood because it changes our perspective of the way he turned out, but the series progressively reveals the extent of his family’s dysfunction and his alcoholic father’s abuse.

The last episode, “I’ve read every book ever written and a few more”, focuses on a biographer who attempted to write his story despite his insistence that she doesn’t speak to anyone other than him.

After all the horsing around, at the end of Olofsson’s story, neither we nor he are able to indulge the illusion that he is the good guy, or even an antihero.

He completes the circle of violence, verbally abusing and almost abandoning his son, just as his father did. He tries to kill a man over nothing, breaking the last straw that lets the audience feel compassion for him. He even has a tantrum at his biographer while dressed as a clown.

The parting thought of the series is that Olofsson’s manipulation was as much about convincing himself that he had lived a happy successful life as others. His gleeful depravity was a defence mechanism obscuring his evil nature from himself and others.

The point is made well, but it’s not made clearly until the very end, so it can be difficult to resist rooting for him along the way – watching Clark is an exercise in resisting Stockholm syndrome. DM/ ML

Clark is available in South Africa on Netflix.