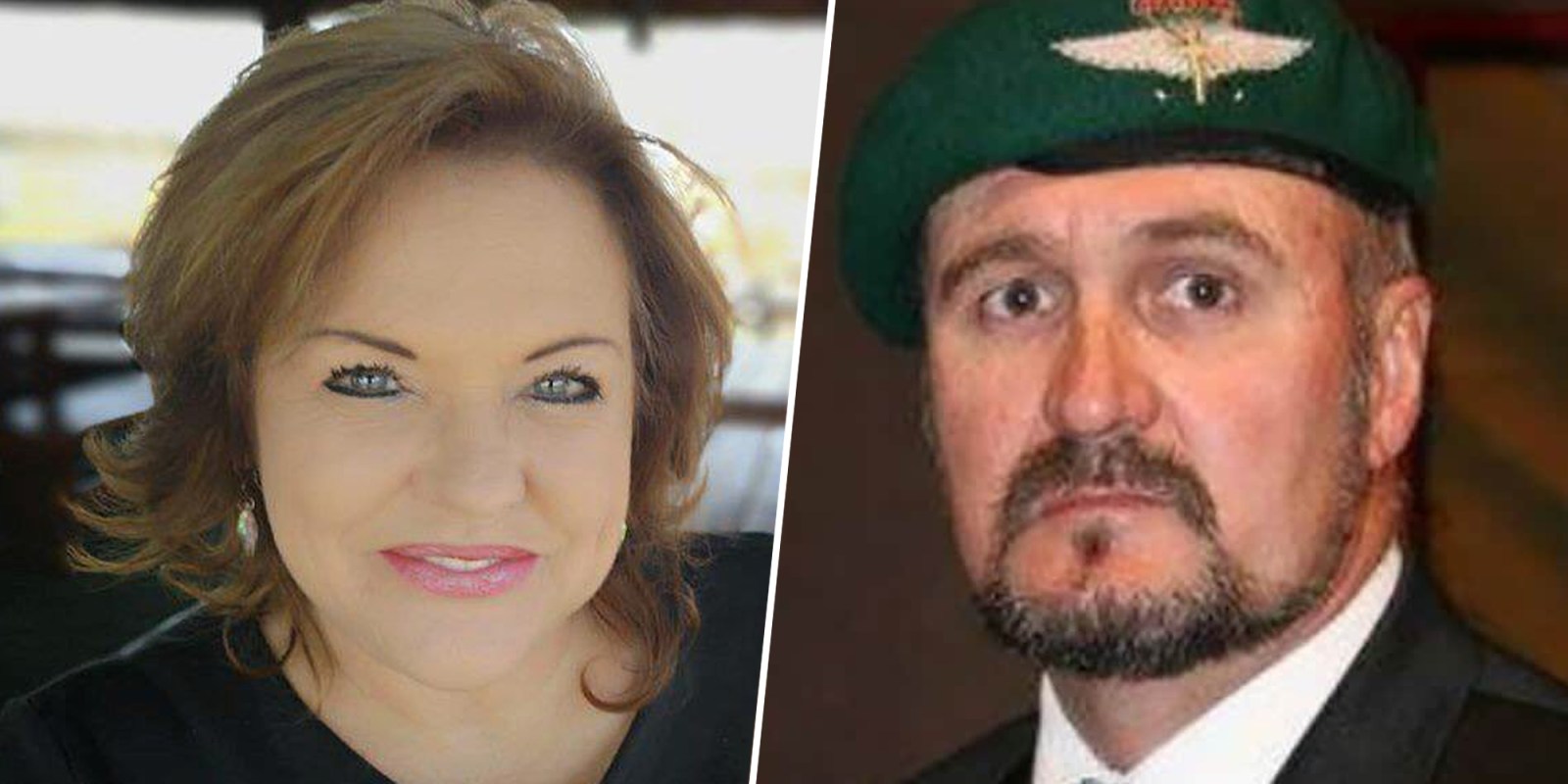 The damning testimony of a woman who had been the social media manager of a former right-wing extremist pastor, who allegedly plotted to overthrow the government in 2019, could help the State to secure a successful conviction against the leader of the extremist group.

Knoesen, who gave himself the title of general, is a self-professed leader of the NCRM, also known as the Crusaders. Knoesen allegedly planned an insurrection and the genocide of black people during December 2018 and November 2019.

Part of this plot included attacks on national key points. Knoesen also allegedly explored the possibility of using a biological weapon to infect and kill members of the African population.

The plan was supposed to be executed at midnight on 28 November 2019, but Knoesen was arrested that day at his home in Middelburg. Two years later, his trial began in the Mpumalanga High Court.

Riana Heymans was arrested on 29 November 2019 but the charges against her were withdrawn in August 2020. She was an administrator of the Crusaders’ WhatsApp group and had inside information about the plot and where the group held its meetings. She also knew the plan was supposed to be carried out at midnight on 28 November 2019.

Heymans’ 21-page affidavit detailed how she joined extremist groups, the plot and her state of mind when she heard the news that the “General” had been arrested and that the Hawks were on her trail.

She recalled there being pipe bombs that were to be used during the insurrection, and outlined the role of the Abrams brothers, Errol and Eric, in the plot.

The brothers were each sentenced to eight years in jail in the Middelburg Regional Court in December 2020 for their part in the plot.

“I remember Errol saying that the person who sold him pipes looked at him suspiciously. On the way home, Errol told me that it was pipe bombs that he loaded in the back of the vehicle.

“On Friday, 29 November 2019, the brothers said that we were going for a drive. As we left, Eric told me that I am going for my first lesson in how a bomb explodes,” she said.

The court heard it was Heyman’s “loneliness” that led to her involvement in extremist groups. First, her daughter got married and moved out, then her son left for Dubai, and that is when the loneliness began.

“I was bitterly lonely and turned to Facebook to communicate with people. Every day my Facebook friend group grew drastically,” she said.

One day she received a call from a Facebook friend, Joe Booya, who asked if she could become an admin on his WhatsApp group, Ex Unitate Vires (EUV). She agreed and started helping him around November/December 2018.

She said it took her a while to fully understand what the EUV group did, but eventually discovered that they were a right-wing minority group with members in almost every town. It was her task to add new members to the group.

Around February/March 2019, Booya moved Heymans to the “militant side”, and she started adding “General” Knoesen’s soldiers to the group. This is also when the Crusaders joined forces with the EUV.

Heymans said things were running smoothly until her birthday on 7 July 2019. Joe Booya, she said, made a video and put it on all the groups that he is severing all ties with Harry Knoesen and immediately deleted Knoesen from the EUV groups.

This, according to Heymans, was viewed by Knoesen as a hijacking of his soldiers. The court further heard that Knoesen asked Heymans to help him get all his “lost soldiers” back on his group.

She agreed and circulated a letter compiled by Knoesen which read: “As you know, NCRM Crusaders is the only attack force in South Africa with a plan to be executed soon.”

It is then, Heymans said, that the Crusaders started their own WhatsApp group, which she agreed to manage.

“On Sunday morning 24 November 2019, I received a call from Michael Winterbacher, an old EUV member turned NCRM member, warning me that the Hawks questioned him and are investigating the NCRM Crusaders.

“I asked him why they would question him as he was never active in the groups… I immediately called General Harry and told him that. I went to the leaders’ groups and also alerted them that we are being investigated by the Hawks.”

Knoesen, Heymans told the court, allegedly told her that soldiers from the Coloured Corps from the Cape had joined the Crusaders and the attack would take place on 28 November 2019.

On that morning, the news of Knoesen’s arrest spread like wildfire. Heymans tried calling him but there was no reply.

Heymans later received a call from a work colleague informing her that the Hawks were there, looking for her and her electronic equipment. Her cell phone and laptop were at her home.

“I immediately went into shock. I did not think rationally and was shaking. I just grabbed some clothes and left in my vehicle. I didn’t know where I was going and thought of the Abrams brothers.”

The brothers were shocked by the news of Knoesen’s arrest. While at their house, she returned a missed call from the Hawks. She promised to phone back in five minutes, but never did. Heymans then tried to contact other leaders of the Crusaders and went on social media advising people to leave the groups.

Shortly after her arrest on 29 November – while police were at the Abrams’ home – her phone rang. She said it was a person called Marius from the Coloured Corps. Heymans said she had told the Hawks about a group from Namibia that was supposed to be part of the insurrection.

“General Harry’s attack plan, as stipulated in my affidavit, was the plan that he discussed in all the meetings mentioned. General Harry was serious about his attack plan and taking over the country by force,” she said.

The case continues in the Mpumalanga High Court. DM