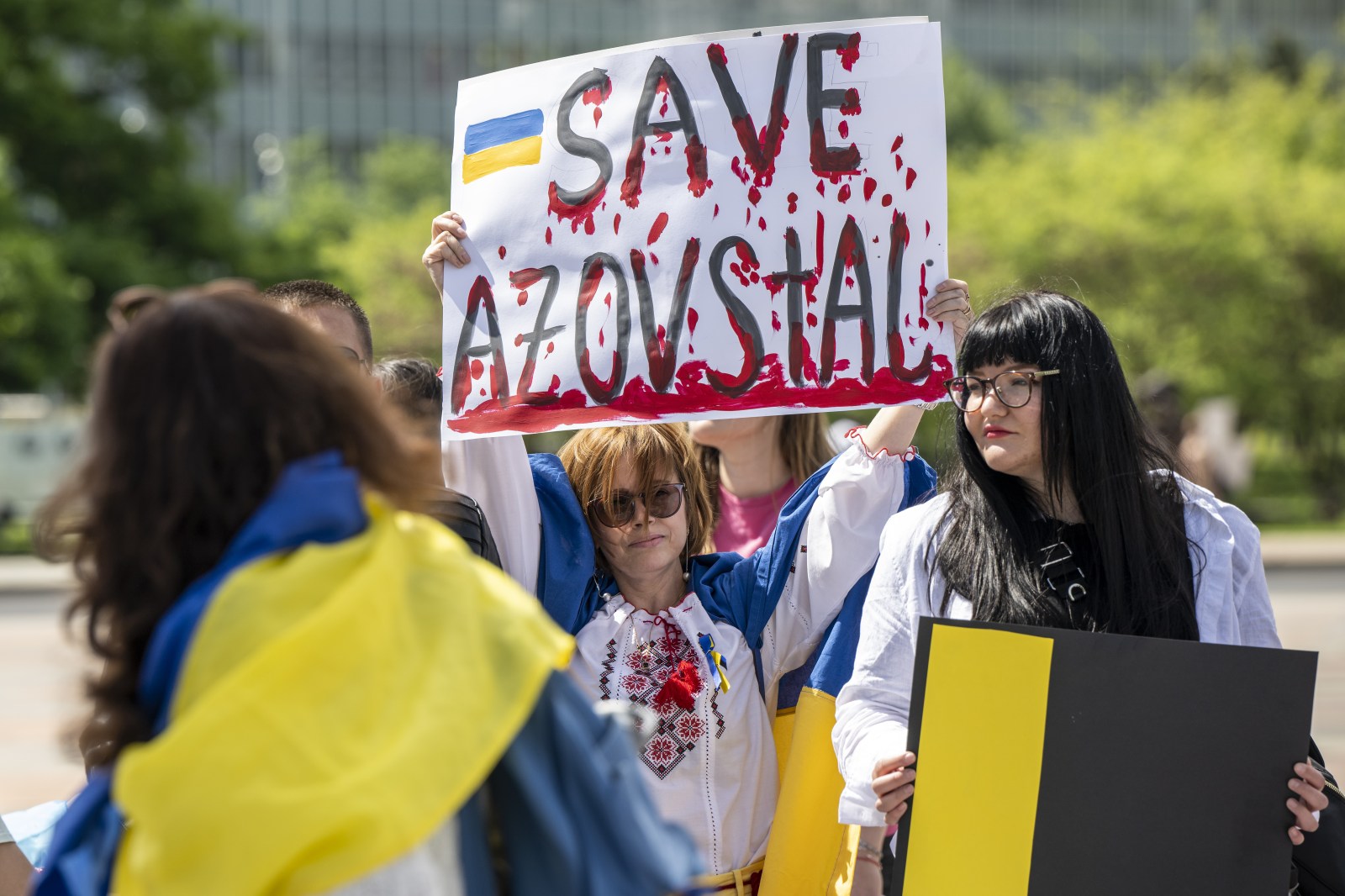 GENEVA, May 12 (Reuters) - The U.N. Human Rights Council will decide on Thursday whether to launch an investigation into alleged abuses by Russian troops in the Kyiv area that Ukraine says amount to war crimes.

A resolution brought by Ukraine and supported by more than 50 other countries would mandate a newly-formed Commission of Inquiry to investigate events in the regions around Kyiv that were temporarily held by Russian troops.

It would prepare a report by early next year.

“The areas…which have been under Russian occupation in late February and March have experienced the most gruesome human rights violations on the European continent in decades,” Emine Dzhaparova, Ukraine’s First Deputy Minister of Foreign Affairs, told the council.

A spokesman for the Russian mission to the United Nations in Geneva did not provide an immediate comment on the possibility of a war crimes investigation.

Russia denies targeting civilians and calls its actions in Ukraine since Feb. 24 a “special military operation” to disarm the country and rid it of what the Kremlin calls anti-Russian nationalism fomented by the West. Ukraine and the West say Russia launched an unprovoked war of aggression.

Russia was suspended from the 47-member Council last month over allegations of violations in Ukraine, although Moscow says it quit. According to U.N. rules, its envoy had the right to speak at Thursday’s event but its seat was empty. Read full story

At the same session, the U.N. High Commissioner for Human Rights said there were many examples of possible war crimes in the country since the Russian invasion, saying that 1,000 bodies had been recovered so far in the Kyiv region.

“The scale of unlawful killings, including indicia of summary executions in areas to the north of Kyiv, is shocking,” she said.

Dozens of countries spoke in favour of the resolution, which would also request Bachelet to provide an update at its June session on violations in the Russian-besieged port city of Mariupol.

Outside the U.N. building, protesters held up a giant sign in the yellow and blue colours of Ukraine’s flag reading: “SAVE MARIUPOL, SAVE AZOVSTAL”, referring to the city’s steel plant.

“Working together we must send a resounding message to those involved in this brutal war of choice and ensure accountability,” U.S. human rights ambassador Michelle Taylor said. Chinese ambassador Chen Xu complained of the “politicisation” of the Council, saying the resolution could “add fuel to fire” of tensions surrounding Ukraine.