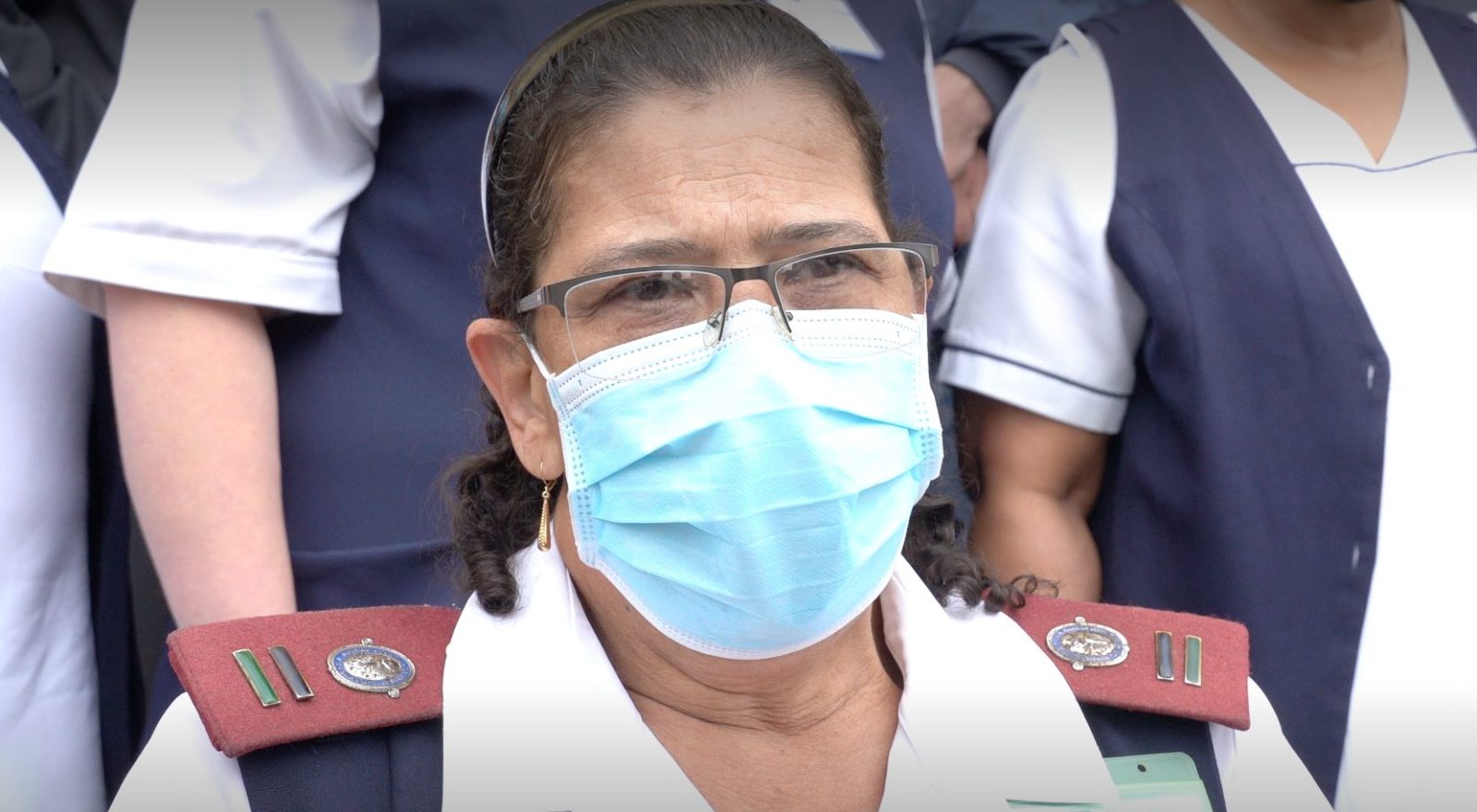 As International Nurses Day is celebrated on 12 May, tributes were being paid to sister Diane Seale, whose calm and selfless actions prevented further deaths during the recent mass shooting at the hospital which claimed the lives of three people.

While nurses are being celebrated today on International Nurses Day, the Western Cape health department is also celebrating brave nursing sister Diane Seale, who calmly subdued Jean-Paul Malgas after he allegedly shot and killed three people at the New Somerset Hospital over the weekend.

Seale was reluctant to be interviewed, but her actions during the events of 7 May were shared in Winde’s statement.

According to Seale, she was busy with her routine handover process when she received a call from a colleague in distress. “I could hear her screaming and my colleague who had answered the phone informed me that there was an altercation on the second floor,” read the statement.

“It was like something out of a movie. It still feels so surreal,” said Marissa Burnett, who was the shift leader of the ward Malgas was in. Burnett was also in the middle of her handover process when the shooting started.

Burnett was speaking at the hospital where banners celebrating International Nurses Day were on display. Nurses stood in the foyer taking pictures while a celebratory table of snacks was laid out for them.

“I was under the impression that [Malgas] was out of the ward because we hadn’t seen him in a while. During the handover, me and the night shift sister heard the nurses shouting. I came out of the room and he was fighting with the police officer. I shouted at him and he shouted back at me. Then the gunshot went off,” said Burnett.

Malgas disarmed and shot Constable Donay Phillips, who died from his injuries the following morning.

Burnett went to call security, while her colleague called Seale.

“As I entered the second floor, I noticed a body on the floor in the corridor, but my eye caught the patient with the gun in his hand.  I proceeded to walk straight to him [and] made eye contact. I walked towards him and I hugged him. I escorted him into the cubicle. He told me to close the door.  That also afforded our staff to then attend to the policeman who had been shot. I felt I could calm him down a bit. Although I had noted two patients had been shot and were deceased, there were still two patients that were alive that I needed to save. I kept him seated, standing in front of him so that these patients were kept out of harm’s way.

“I asked him, ‘What happened?’ I reached out and touched him, and he allowed me to. This gave me confidence and I knew that he trusted me. He looked at me while my hands were still on his shoulders and said, ‘You are brave, you are the only one that has come in here.’ At this point, all I wanted to do was to keep him focused and calm,” said Seale.

Seale said she asked Malgas to put the gun down several times. “I took him to my chest, held him close and he again allowed me to hold him. At least I knew there was this rapport between us,” said Seale.

While Seale calmed Malgas down, the tactical team was outside the cubicle. “There were some moments when the perpetrator and I engaged in conversation and I could even crack a joke. If he spoke to me, I allowed him that opportunity, but I would always come back to the request to put the gun down. During our exchanges, I lifted his face and said: do you see this uniform? I am here to save life and limb. Eventually, he agreed for me to sedate him,” said Seale.

Once Malgas was sedated, the tactical team entered the room.

As to how the nurses were coping, Burnett said “We’re on and off. We have our good moments, we have our bad moments. If someone needs some time to talk about it, we do that because sometimes that’s what you need. We work together and stick together and that’s all we can do at this point.”

Professor Roger Dickerson, Head of the Emergency Centre clinical unit at the hospital, said Seale “is a remarkable individual and that was before Saturday night. She was willing to sacrifice herself, her own safety and wellbeing to ensure the safety and wellbeing of others. And I have absolutely no doubt that she saved lives on Saturday night, lives that would ordinarily have been lost… and really, it’s a miracle.”

On Tuesday Malgas appeared in the Cape Town Magistrates’ Court. He has been charged with three counts of murder, robbery and illegal possession of a firearm and ammunition. DM