Einsteinian Ecstasy: The supermassive black hole at the centre of our galaxy revealed and photographed 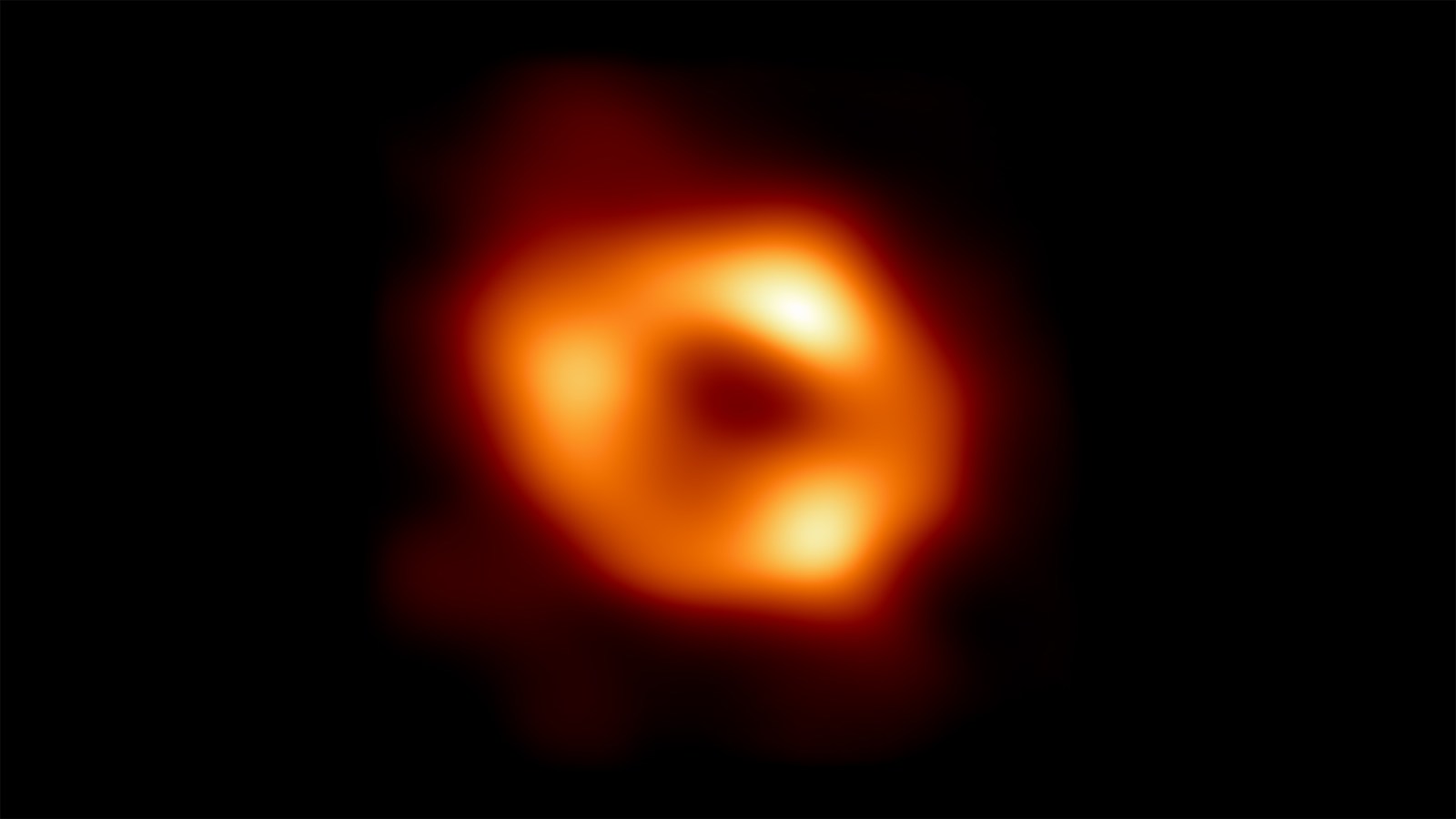 This is the first image of Sgr A*, the supermassive black hole at the centre of our galaxy, with an added black background to fit wider screens. It’s the first direct visual evidence of the presence of this black hole. It was captured by the Event Horizon Telescope (EHT). (Image: EHT Collaboration)

Astronomers have unveiled the first image of the supermassive black hole at the centre of our galaxy, the Milky Way.

For decades, experts suspected the existence of a supermassive black hole at the centre of our galaxy, but the definitive proof was finally provided on Thursday afternoon.

Scientists had previously seen stars orbiting around something invisible, compact and very massive at the centre of the Milky Way.  This object, known as Sagittarius A*, is indeed a black hole, and the image provides the first direct visual evidence of it. It is located 27,000 light years from Earth.

Although one cannot see the black hole per se because it is completely dark, glowing gas around it reveals a tell-tale signature: a dark central region (called a shadow) surrounded by a bright ringlike structure. The new view captures light bent by the powerful gravity of the black hole, which is four million times more massive than our Sun.

The announcement was made by the Event Horizon Telescope (EHT) collaboration, an international collaboration capturing images of black holes using a virtual Earth-sized telescope. This technique of linking eight radio telescope antennas across the globe to create an Earth-sized interferometer has been used before, when the EHT made history by publishing the first-ever image of a black hole in 2019.

“This is it. It’s as close as it gets,” said Anton Zensus, the founding chair of the EHT Collaboration Board. Albert Einstein, he added, “would have been ecstatic”.

Dr Sara Issaoun, from the Center for Astrophysics at Harvard University, explained: “Because the black hole is about 27,000 light years away from Earth, it appears to us to have about the same size in the sky as a doughnut on the Moon.”

The collaboration of more than 300 scientists presented their latest results on Thursday afternoon, during a live-streaming event to the Wits Planetarium in Johannesburg, which was one of the main press conferences held simultaneously in Germany, the US, Mexico, Japan and Taiwan.

Professor Roger Deane, director of the Wits Centre for Astrophysics, at the Wits Planetarium, explained that the first image of a black hole, called M87*, was captured at the centre of the Messier 87 galaxy. However, M87* is 1,000 times more massive than Sagittarius A* and 55 million light years away.

Scientists are excited to finally have images of two black holes of very different sizes, which offers the opportunity to understand how they compare and contrast. They have also begun to use the new data to test theories and models of how gas behaves around supermassive black holes. This process is not yet fully understood, but is thought to play a key role in shaping the formation and evolution of galaxies.

“Southern Africa holds a distinct geographic advantage to host new EHT telescopes, especially if we wish to make movies of the Milky Way’s supermassive black hole, which passes directly above us in the southern sky,” Deane said.

There is a possibility of a low-cost antenna in southern Africa which can be part of the EHT collaboration, he added. This planning is in the early stages.