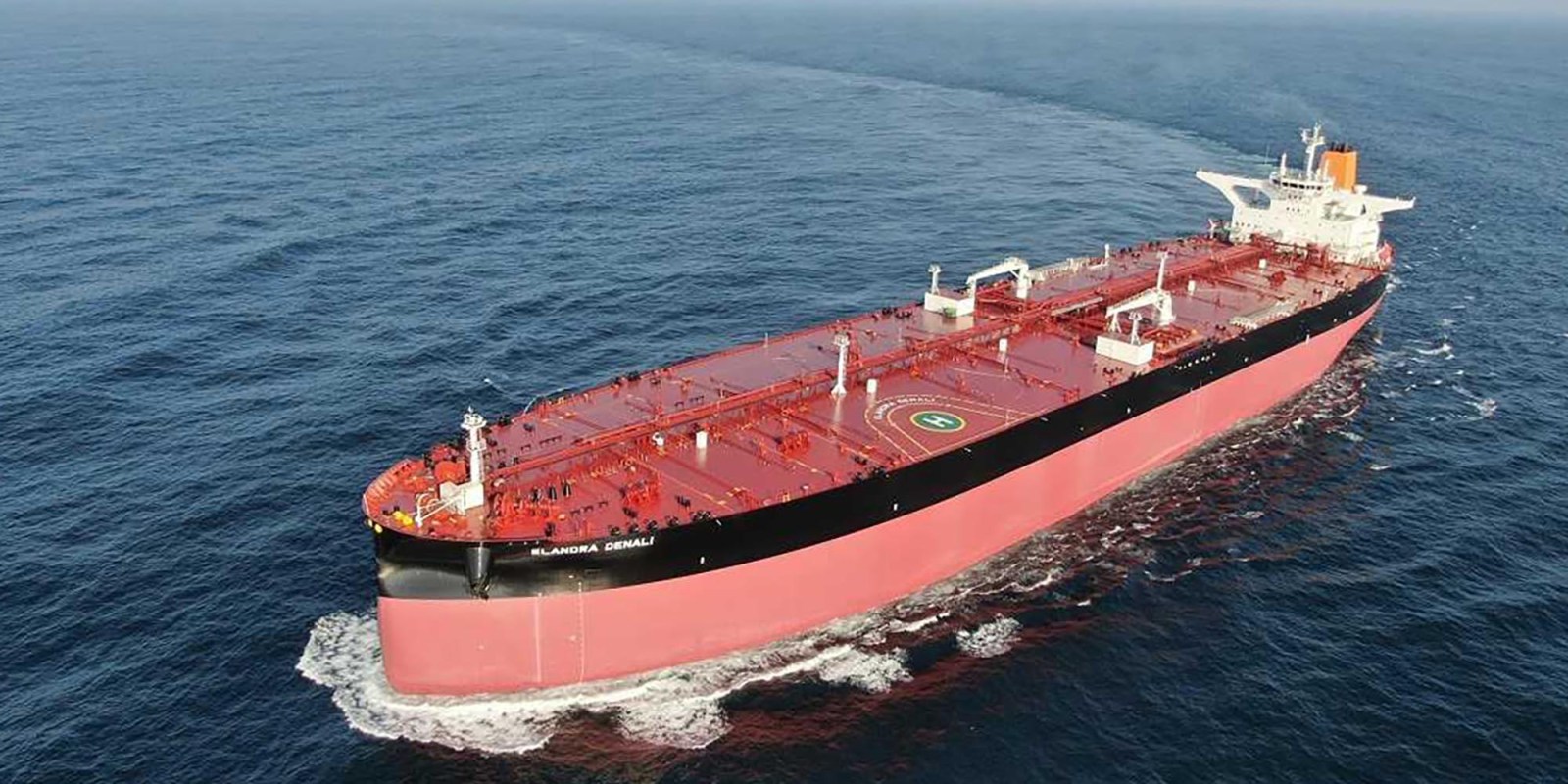 An occasional column based on glimpses of the goings-on at the Port of Cape Town (note: this is the extended Saldanha version) — and how politics and economics are caught between the devil and the deep blue sea.

A Liberia-flagged tanker carrying crude oil from Russia, which was hit by widespread sanctions for its invasion of Ukraine on 24 February, is expected at Saldanha Bay harbour on Sunday.

By all accounts, it may just be an R&R break for the Elandra Denali. Or it might be a pit stop on a more complicated route to sidestep tightening sanctions imposed against Russia — from oligarchs to oil.

But the arrival of a vessel carrying crude oil from a country under sanctions (Russia) at a South African port, puts into sharp relief domestic policy scurvy. This comes at a time when South Africa’s officially proclaimed neutrality on what the government usually calls a “conflict” has incurred significant criticism. Without at least a view on how to respond in global geopolitics and trade, South Africa seems to be flailing.

Already, action at European Union ports has stepped up, as Lloyd’s List recently reported on the ban from entering port of one Malta-flagged vessel that had taken on Russian-origin cargo.

As the EU, UK, US and other countries’ sanctions over Russia’s invasion of Ukraine bite in some parts of the maritime world more than others, Bloomberg is tracking Russian crude oil movements that remain popular going to the Far East. Russia relies on crude oil and gas to generate revenue.

“Half of the ships loading at the northwest Russian ports of Primorsk and Ust-Luga last week are either heading to Asia, or not showing final destinations. Most of that second group are signaling destinations such as Gibraltar or Malta, suggesting that they may either be heading to Asia via the Suez Canal or to conduct ship-to-ship transfers in the Mediterranean,” according to Bloomberg in early April.

That’s the pattern the Elandra Denali seems to have followed.

It took on Russian crude oil in early April off Ceuta, near Gibraltar, from the Aframax Tigani that had loaded at Primorsk, according to Bloomberg.

Its destination is signalled as Saldanha Bay port, or SDB — home of the Strategic Fuel Fund, the government-owned entity in charge of crude oil storage — according to at least two maritime vessel-tracking sites, marinetraffic.com and vesselfinder.com. The tanker’s arrival time on 15 May shifted back from early morning to the afternoon over the past week; it seems the journey around West Africa has been slow going.

The Elandra Denali is not docking at the crude oil terminal. Transnet Port Authority Saldanha has checked, and there’s no nomination, as the logistics lingo goes.

“The nomination should be at least seven days before arrival,” according to the official response on Thursday, to questions asked some days earlier, well within that porthole of time.

As to a policy on accepting vessels with cargo from sanctioned countries, the Transnet Port Authority Saldanha’s response also was crisp: “We follow directives from the government, if any stance [is] taken.”

That’s all above board.

But then it got all fuzzy trying to discover if the government had a policy on dealing with vessels, goods and such from a sanctioned country. It’s unlikely the Elandra Denali will be the last such Russian crude oil-carrying tanker headed to Saldanha Bay.

“Please note that the Department of Mineral Resources and Energy [DMRE] and the Strategic Fuel Fund have no knowledge of a Russian [sic] vessel heading to Saldanha. Be aware that the SFF is no longer the only company with storage capacity. Mogs is another privately owned company, and you may want to check with them if they have knowledge of this consignment.”

That response from the DMRE Media Desk dropped on Thursday, some two hours after the 24-hour comment period; the ministerial and departmental spokespersons have yet to even acknowledge receipt of inquiries.

By Thursday afternoon, it was established that the private company was not the recipient of the Elandra Denali’s Russian crude oil cargo. That confirmation took all of one hour and six minutes to get on Wednesday.

Talking about the SFF, its response came via the Central Energy Fund’s (CEF’s) group corporate affairs department on Wednesday and simply said: “The SFF has not been requested to discharge any vessel. So we don’t know to whom the vessel you referred to below, belongs.”

That one-line reply — “discharging” is the jargon for on and off-loading which, strictly speaking, would be done by port staff — did not speak to questions emailed on Monday on SFF policy for cargoes and vessels from sanctioned countries, or mitigation measures in case of blowback. It appears a series of phone calls that somehow ended up at the Office of the SFF COO galvanised that one-liner after not even an acknowledgement of the email from two days earlier.

The SFF, through the CEF group and DMRE, appeared at ease in proclaiming no knowledge of such a vessel and cargo. The response from the South African Petroleum Industry Association was that it did not deal with crude oil movements, but represented “the collective interests of the South African petroleum industry, playing a strategic role in addressing a range of common issues relating to the refining, distribution, and marketing of petroleum products”.

But as sanctions swell against Russia, its crude oil transactions, needed to generate revenue, increasingly seem to move east. While South Africa is a fellow BRICS member with Russia, China, Brazil and India, its biggest trading partners are in the EU. And it may make demands in pursuit of closing Russian sanctions loopholes.

This wouldn’t be new. The public Duncan Road through Cape Town harbour was closed in 2004 after the US required compliance with its anti-terror measures in the wake of the 9/11 World Trade Center attacks. Simply put, a ship that docked in a port not compliant with US measures would not be allowed to dock stateside.

Compliance was realpolitik then. Today, regardless of the governing ANC’s nostalgia for the USSR — at least two Cabinet ministers received military training there — global geopolitics and political economy require, if not policy, then at least a view on how to deal with sanctioned Russia and the potential repercussions of that.

Bloomberg reports that Ceuta, off Gibraltar, is popular for ship-to-ship transfers of Russian crude oil earlier loaded at port. And although the Searacer, which like the Elandra Denali was headed to Saldanha Bay, has now changed its destination to Fujairah in the United Arab Emirates, the Elandra Denali remained set for Saldanha Bay on Thursday evening.

“Vitol, which owns the Elandra Denali and Elandra Everest, has said that it will stop trading Russian crude and refined products by the end of the year, with volumes set to ‘diminish significantly in the second quarter as current term contractual obligations decline’,” reported Bloomberg on 3 May.

SFF, through its CEF superstructure, effectively said the Russian crude oil on the Elandra Denali wasn’t for it. It’s been confirmed the cargo is also not for private sector storage facilities.

So why is the Elandra Denali loaded with Russian crude oil headed to Saldanha Bay port? Maybe it’s for some furlough. Perhaps it’s a stop on a voyage to slip sanctions with a final destination in Asia, or closer to home. Some vessels don’t declare their final destinations. Destinations can change. And until the cargo is offloaded, the voyage is not done.

Global geopolitics and trade are getting more complicated as sanctions against Russia tighten. And for South Africa, it may yet be the devil to pay. DM