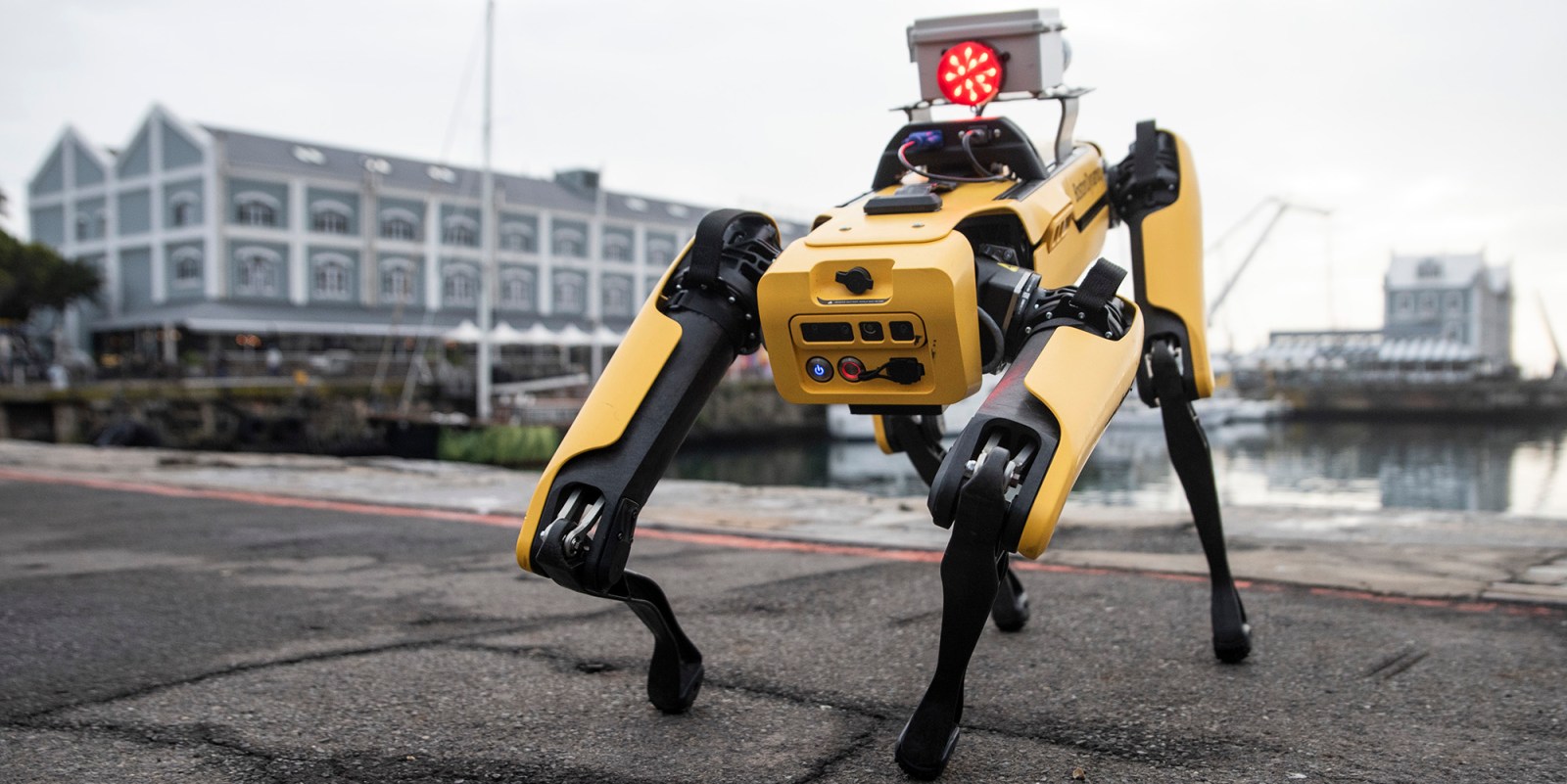 The advanced technology of the mining sector has been on full display in recent days. Last week, it was a monster hydrogen-powered truck with a 290-tonne payload. This week, at the Cape Town Mining Indaba, Spot, a robotic dog with a payload of 14kg, made a fetching appearance.

On Wednesday morning, the third day of the Mining Indaba, a robotic dog named Spot walked 1.5km from the V&A Waterfront to the Cape Town International Convention Centre. Simply because he can, of course.

But the wider point is that he can also easily walk 1.5km underground if required to do so and, with his 14kg payload, could take 14 litres of water to mine workers trapped after an accident. Rather like a more compact version of a St Bernard, which rescues people buried under snow.

Spot, which is controlled by an X-box-style console, is powered by a lithium iron battery and once he’s juiced up, can roll for 90 minutes, said Jamie van Schoor, the CEO of Dwyka Mining Services.

“Who wants to do a push-up challenge with Spot?” he joked after the robot arrived at the convention centre to the delight of a small crowd of attendees. Here’s a hint: only challenge him if his battery is almost empty.

Spot is manufactured by Boston Dynamics, while his environmental sensors are the product of Maestro Digital Mine. Dwyka is the local authorised reseller for both and has spliced the technology, which was on display for the first time at the Indaba.

Spot’s uses are varied and go beyond search and rescue. Importantly, he can be applied to preventive measures to ensure accidents don’t happen in the first place.

Such technology can also be employed to detect other hazards.

“Hazardous gases underground are an invisible threat to mining teams, who often don’t know they are in danger until it’s too late. This gas build-up can be created through the exposed strata, blasting, daily ‘mucking’ and even runaway battery fires on critical machinery.

“Traditionally, the gas levels are measured by the ventilation system at the return air raises or wearable sensors donned by miners. While this fixed infrastructure has saved countless lives, mobile autonomous inspection on aerial and ground robots of strategic areas before re-entry or in emergency situations are the next step to complete real-time coverage,” Dwyka said in a statement.

“Using the Spot Enterprise on-board processing, the data is shared wirelessly over Wi-Fi and gas and temperature sensor readings are captured while the robot is in operation and displayed in real time via the MaestroLink application.”

Spot, the robotic dog, and Anglo American Platinum’s massive hydrogen truck – let’s dub it Goliath – both underscore how mining is at the cutting edge of technological advancement. Goliath points to a greener future with zero emissions, while Spot heralds a safer future for mine workers, not least because he can reach places too dangerous for humans to venture into.

And that’s something to set tails wagging. DM/BM