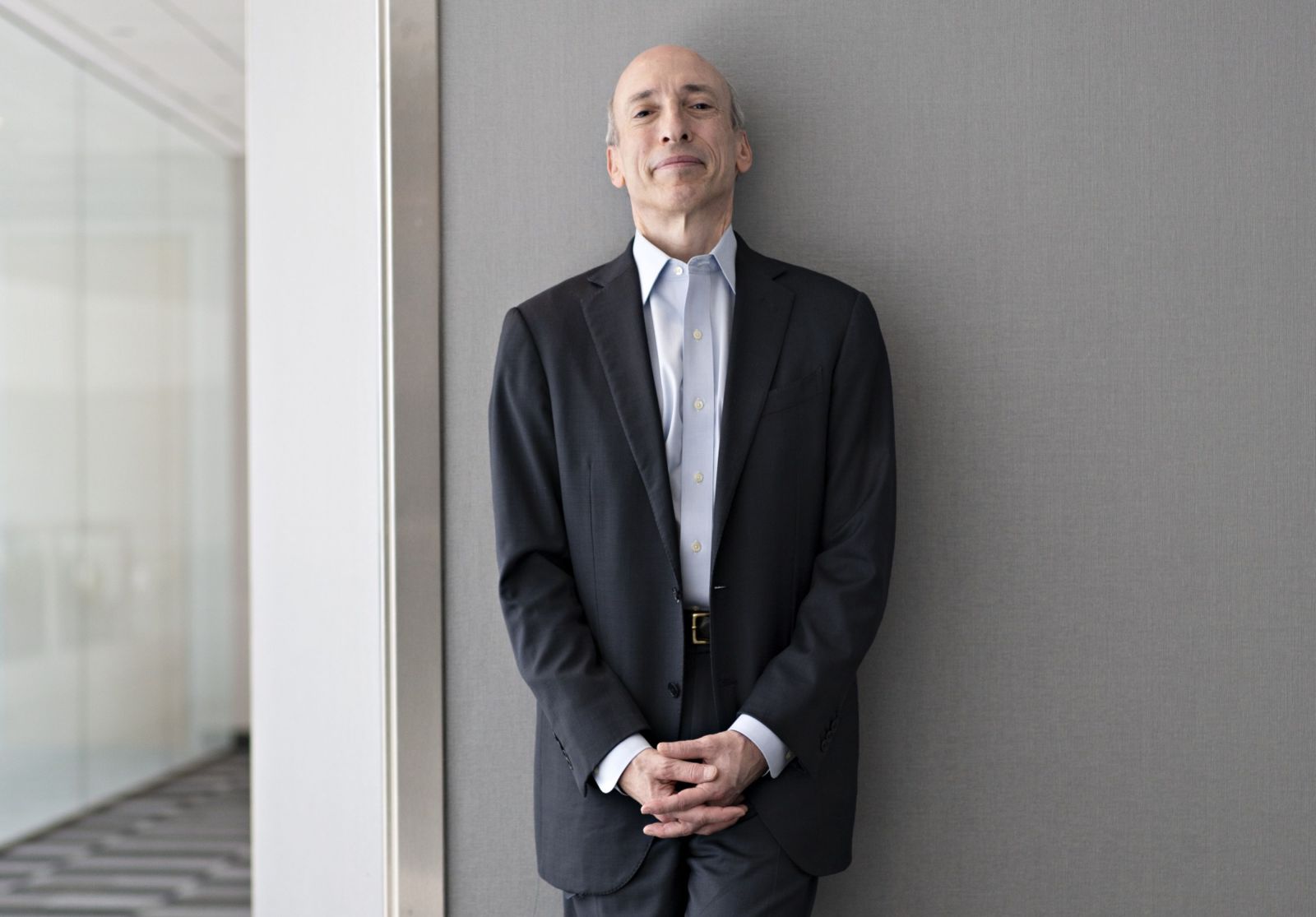 Gary Gensler, chairman of the U.S. Securities and Exchange Commission (SEC), at the SEC headquarters office in Washington, D.C., U.S., on Thursday, July 22, 2021. In his first extensive interview about the digital money craze, Gensler signaled that his deep interest in the subject doesn't mean he's simpatico with the hands-off oversight approach that many enthusiasts would like to see.

The US Securities and Exchange Commission chairman has reiterated that most digital assets fall under his agency’s purview and venues trading them should register with the regulator. The SEC is also beefing up its enforcement efforts.

Gary Gensler is ratcheting up his criticism of digital-asset exchanges, arguing that some platforms are shirking rules and may be betting against their own customers.

The US Securities and Exchange Commission chair reiterated on Tuesday that most digital assets fall under his agency’s purview and venues trading them should register with the regulator. The SEC is also beefing up its enforcement efforts, he added.

Read more: SEC Crypto Team Getting 20 More Officials in Bid to Crack Down

Speaking in an interview with Bloomberg News, Gensler said he’s concerned that crypto exchanges aren’t putting up proper walls between different parts of their businesses such as custody, market-making, and offering a trading venue. He said the “commingling” of services may not be in clients’ best interests.

The securities regulator also raised issues with stablecoins, digital assets that are typically pegged to the dollar or another fiat currency. The three largest stablecoins — Tether, USD Coin, and Binance USD — are all affiliated with exchanges, Gensler said in the interview.

“I don’t think that’s a coincidence,” he said. “Each one of the three big ones were founded by the trading platforms to facilitate trading on those platforms and potentially avoid AML and KYC,” he added, referring to anti-money laundering and know-your-customer controls.

In response to Gensler’s comments, Binance referred to a blog where it says its stablecoin adheres to “strict guidelines and remaining transparent with the user community.” Coinbase declined to comment and Bitfinex didn’t immediately respond to a request.

On Tuesday, Coinbase’s shares tumbled after its first-quarter revenue missed estimates and it warned its trading volumes in the current quarter will be lower than in the first. Bitcoin is down more than 50% since its all-time high in early November.

Concerns around stablecoins have also proliferated in the past week on Capitol Hill after TerraUSD, or UST, lost its peg to the dollar over the weekend.

UST is a so-called algorithmic stablecoin, meaning that it’s not backed by assets like cash or cash-equivalents. Instead, it relies on trading and treasury management to maintain its value.

The whole episode demonstrates the need for “some kind of framework” to assure investors that stablecoins are in fact stable, Senator Mark Warner said in an interview on Tuesday.

“Frankly, maybe this disruption in the market may take some of the some of the air out of this very overheated balloon,” said Warner, a Virginia Democrat. BM