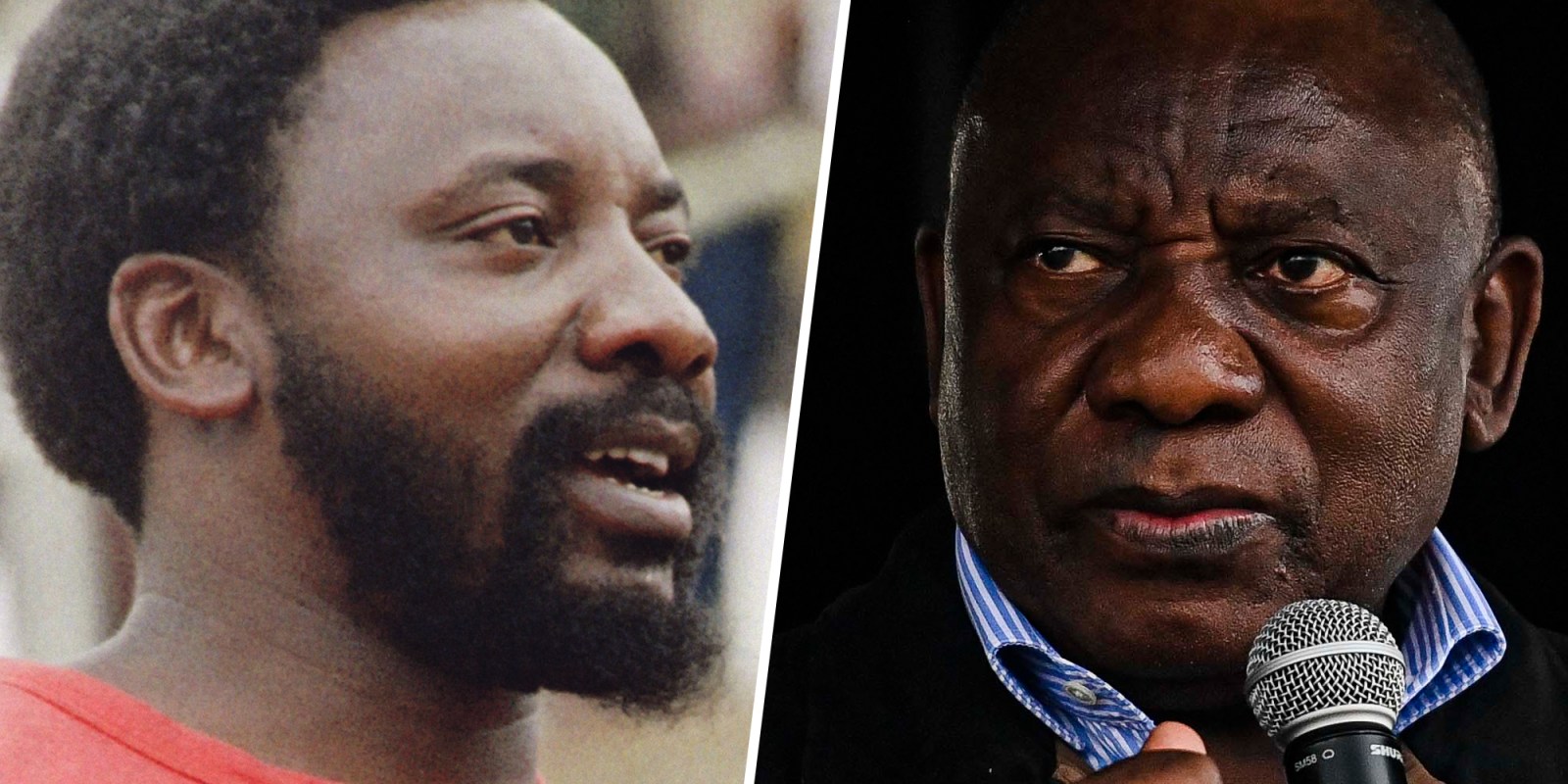 Former revolutionaries like Cyril Ramaphosa and Kaizer Chiefs are shadows of their former selves and no longer pack the punch they used to.

I have a feeling the gods are trying to warn us about something — Cyril Ramaphosa, a working-class hero of the 1980s, gets heckled and chased away from a rally by mineworkers?

This happens on the same weekend that Kaizer Chiefs, the “Glamour Boys” of SA football during the same decade, suffered a fourth successive defeat in the DStv Premiership. Back in the ’80s, these two scenarios were just unthinkable and completely unimaginable.

Boo and heckle Cyril Ramaphosa? Goodness! During the turbulent 1980s when he was leading the National Union of Mineworkers (NUM), the biggest and strongest union in the country, even just thinking of carrying out such an act was a sure way of inviting a lynching from workers that could land you within a few centimetres of the revered Pearly Gates.

Then, Ramaphosa had all the makings of a revolutionary. He had the image of a fearless negotiator and unionist. He sported a scruffy Afro and ragged beard and dressed like a struggling working-class man who did his shopping at second-hand traders on the sidewalk in downtown Jozi.

He was a far different animal from the clean-shaven gentleman who now dons well-cut suits and speaks the language of bureaucrats and captains of industry.

When he was chased away from the Royal Bafokeng Sports Palace in Rustenburg on May Day, Ramaphosa was kitted in that shiny black ANC-branded leather jacket that made me think for a few moments that perhaps the workers mistook their leader for a feared taxi boss?

Anyway, it was during that period when he carried that revolutionary image, in 1987, as general secretary of NUM, that Ramaphosa led the biggest strike by mineworkers since 1946. NUM was challenging powerful mining houses that were in cahoots with the apartheid government to pay workers a living wage and improve their working conditions. Remember, back then there was no progressive Constitution. The slightest sign of resistance was met with boots and bullets, hence Ramaphosa, who by the way has never been a mineworker, was the workers’ hero.

But now? He is chased away by members of the same union that he once led and helped to build into a respected labour movement. Imagine a president being forced to abandon his address on such an important international day by a few hundred men who spend most of their days going through tunnels underground like rats?

Which brings me back to Kaizer Chiefs… Yoh! Yoh! Yoh! There was a time when all the Glamour Boys from Soweto needed to do to win matches was just to show up at the stadium.

Opposition fans hated them too, you know, like those men who harbour dreams of dating a hot beauty queen but realise they are simply not in her class. They end up despising her simply because they can’t have her.

It is only a long time later, when her fortunes have plummeted, her beauty has faded and her rating on the social scene has dropped, that every moegoe who would have previously shivered before her takes their chances.

This is what has become of Kaizer Chiefs, once dubbed the Manchester United of South African football. Strange coincidence that even the boys from Old Trafford, like Chiefs, have fallen on hard times too.

Both haven’t touched a trophy in years, something that was unthinkable when they were in their prime in the 1980s. They say such has been the misfortune of both clubs that children born 10 years or so ago would cry themselves silly if by some miracle one day they get to see any of these clubs lifting a trophy because that’s not something they have witnessed in their short lives. Too bad.

But maybe the gods are not trying to warn us about anything after all. It’s just reality unfolding before our eyes. The old is dying. It must, it will and it always has.

The ordinary folk have had enough of the empty promises and have come to the realisation that these former revolutionaries are no longer what they used to be. The hostility against politicians is growing in communities that are increasingly expressing their displeasure against them in public.

Ask Bheki Cele what happened to him in Soweto recently. Even his trademark Stetson no longer gives him that aura of a swashbuckling crime-buster. After his recent experience at the May Day rally in Rustenburg, the President must be dreading going out to deliver public addresses. He must be kicking himself for not having delivered his address via one of these modern live-streaming innovations. Not so stylish… DM168

Mr Styles is the former president of the Organisation for Stylish People of South Africa (Osposa). He is against anything and anyone unstylish.