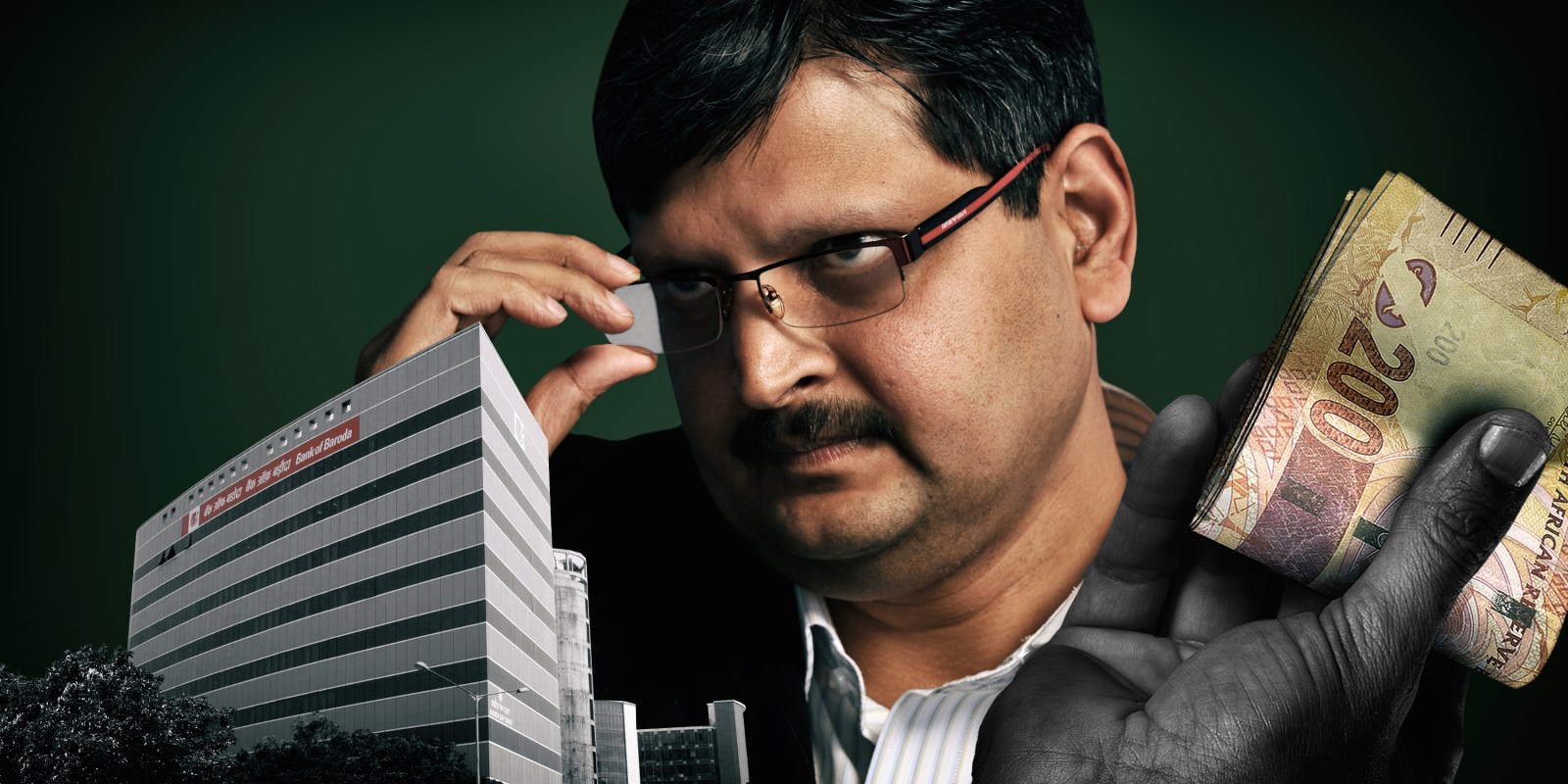 It’s a rare State Capture intervention success story. Without the Bank of Baroda, the Gupta corruption and racketeering enterprise would not have been able to smuggle billions out of South Africa to fund its international ambitions, evidence before the State Capture Commission of Inquiry revealed.

The latest report from the State Capture Commission of Inquiry has found that the Bank of Baroda, an Indian state-owned bank, failed to report highly suspicious activity on the Guptas’ and their associates’ accounts, enabling them to continue their money laundering activities.

Without the SA Reserve Bank’s (Sarb’s) intervention, the Guptas would have siphoned much more to their enterprise. The Zondo Commission found that Baroda Bank facilitated the money laundering operation for the Guptas.

The central bank alerted the Reserve Bank of India to what Baroda was getting up to in South Africa.

By 2018, Baroda had been fined in South Africa and shut down as part of what it said was a global consolidation of its overseas operations. It is a rare State Capture success story of acting speedily and using networks and expertise to isolate and expose corruption and money laundering.

Sarb fined Baroda Bank R11-million for money laundering-related offences, but this was reduced to R400,000 because of weaknesses in the system. The DA also laid charges against the bank, which the Guptas tried and failed to get to stay open.

The Guptas then tried and failed to buy Habib Bank through South African businessperson Hamza Farooqui. The closure, first of the network’s local bank accounts and then the Baroda branches, eventually shut down the Guptas’ entire criminal operation.

In a two-part report on how Eskom was corrupted, Judge Raymond Zondo revealed how Baroda turned state witness under summons from the commission’s investigators.

The Guptas launched many assaults against the state. Their biggest sortie was to “hijack” the purchase of Optimum Coal Holdings from Glencore, with the assistance of then mineral resources minister Mosebenzi Zwane in 2015.

But the Guptas were short of cash to make the payment once Glencore folded, and their company Tegeta needed a cash injection to seal the deal.

“Following the sale agreement of 10 December 2015, Tegeta needed to demonstrate it had sufficient funds for the purchase of Optimum in order to gain the consent of the Consortium of Banks for the sale.

“Tegeta presented a letter on a Bank of Baroda letterhead purporting to demonstrate that Tegeta did have sufficient funds and promising that the Bank of Baroda would make the full payment of the purchase price on behalf of its client…,” the report finds.

Tegeta refused to hand over a copy of the letter to verify for the (Glencore) banks. Still, a Baroda executive, Manoj Kumar Jha, confirmed to the commission that it had provided the “letter of comfort”, which enabled the purchase price of R2.15-billion to be established.

Eskom’s officials, led by then CFO Anoj Singh, approved an unprecedented R1.6-billion as a prepayment to Tegeta to allow the Gupta purchase of Optimum to go through.

Judge Zondo found it was a lie that this amount was a coal prepayment (ultimately, R600-million was paid) after Glencore refused a request from Gupta lieutenant Salim Essa to fund the purchase price shortfall.

“Eskom’s prepayment enabled Tegeta to suddenly have sufficient funds to make full payment on 14 April 2016, despite an alleged shortfall two days before the due date,” Zondo found.

“Bank account records show that Tegeta only had R100-million of the over R2-billion required before funds flowed in on 13 and 14 April 2016 from a number of sources, of which R1.8-billion was identified by Mr Paul Holden of Shadow World Investigations as deriving from criminal sources and the theft of state funds through state capture,” reads Part Four of the Zondo report.

In addition to facilitating this deal, Baroda also ran many accounts for the Guptas while their lieutenants shifted money around to disguise both the source and the ultimate beneficiaries. It moved up to R50-million in one day, and within three hours, cash was deposited and then withdrawn, according to investigations.

Sarb used anti-money laundering and anti-terrorism legislation to track the illicit flows of money and fined Baroda R11-million. Still, this amount was reduced after the bank fought the case in the Financial Intelligence Centre Tribunal and the high court. It got off with a R400,000 fine after appealing on a technicality, as Sam Mkokeli reported here.

The bank soon shut down, but if the Hawks and National Prosecuting Authority (NPA) take up the investigation after Zondo’s findings, Baroda’s hard drives and other data have been mirrored and sealed for further studies. DM