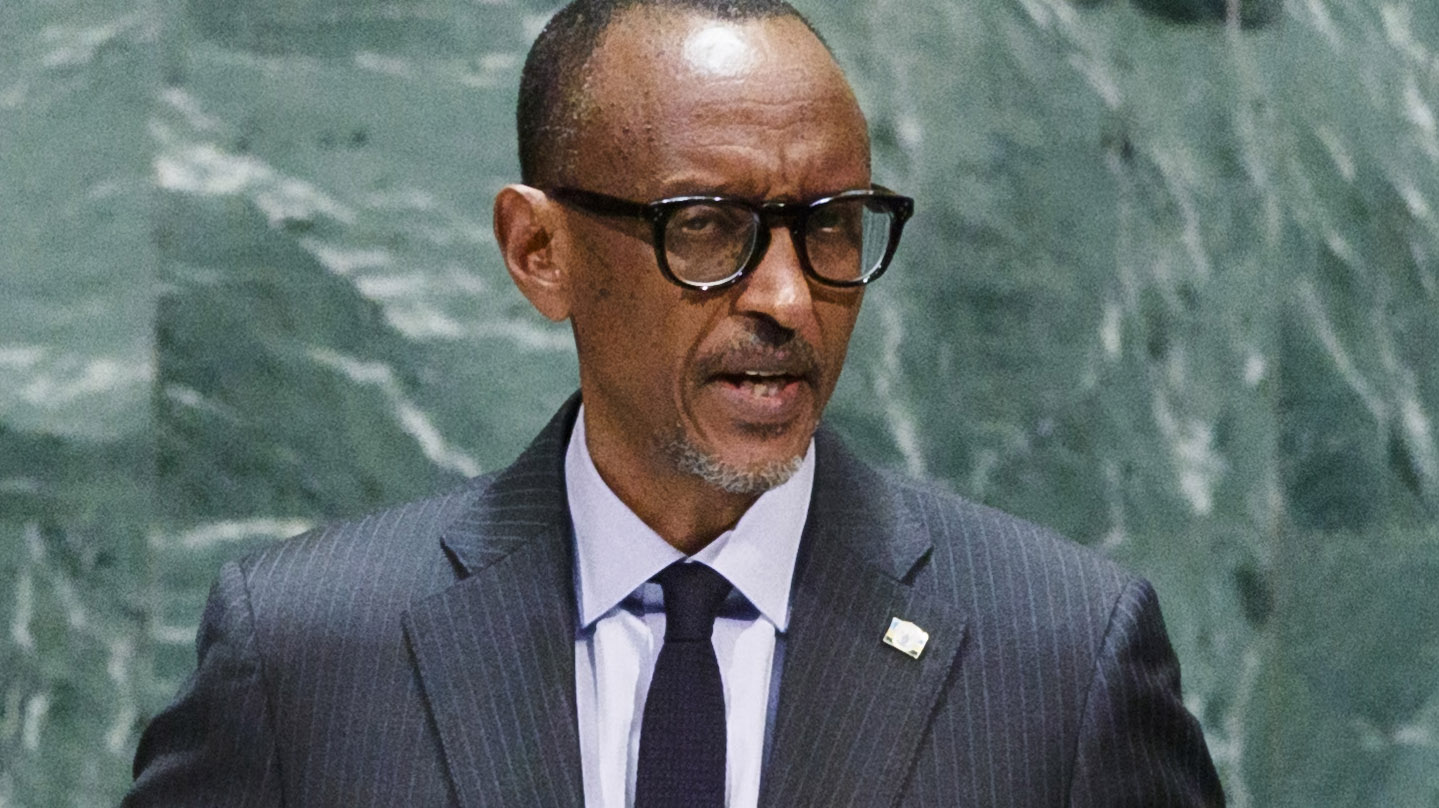 Kagame’s ruling Rwandan Patriotic Front ‘has gone from a band of brothers who invaded Rwanda in 1990 and toppled a genocidal regime, to a revolution eating its own’, author Michela Wrong told the Cape Town Press Club on Wednesday.

South Africa, like most countries, is failing to stand up to the bullying of Rwandan President Paul Kagame and is allowing him to increasingly become the dominant African leader.

“And that’s something I find both puzzling and depressing,” says Michela Wrong, the British author of Do Not Disturb, an investigation of the Rwandan government’s assassinations of opponents in foreign countries and other crimes.

Kagame’s ruling Rwandan Patriotic Front (RPF) “has gone from a band of brothers who invaded Rwanda in 1990 and toppled a genocidal regime, to a revolution eating its own”, Wrong told the Cape Town Press Club on Wednesday.

“One of my aims was to point out that recent Rwandan history is not a simplistic story of Hutus versus Tutsis, as we tend to assume. It’s a story of a dictator who is determined to cut down any possible challengers, whatever their ethnicity. He doesn’t care whether they are Hutus or Tutsis, the question is whether they pose a viable threat.”

The book chronicles Kagame’s remarkable success in persuading the world that the RPF are still the heroes who came to the rescue of Rwanda’s Tutsi minority when they were being slaughtered by Hutu extremists in 1994.

Wrong details how Kagame has seduced her own British government and many others into believing he was the exemplary leader of a model African developmental state.

“In the process, they become complicit in the democratic recession that is sweeping not just across Africa, but across large swathes of the world,” Wrong commented.

“My country is certainly not standing up for the values it professes to cherish,” Wrong said, noting that Prince Charles would be travelling to Rwanda’s capital, Kigali, next month to open the Commonwealth summit there. She added that the UK had just done a controversial deal with Kagame’s government to send asylum seekers who cross the English Channel to Rwanda to be processed.

Wrong said that to its credit, South Africa had given a safe haven to Kagame’s former Rwandan intelligence chief Patrick Karegeya and former military chief General Kayumba Nyamwasa when they fled from Rwanda to South Africa more than a decade ago.

“But we constantly hear how your administration is attempting to normalise relations with Rwanda,” she said, asking how it was possible to do that despite repeated murders and attempts on the lives of Rwandan dissidents in South Africa “and the startling revelation that Rwanda has been bugging Cyril Ramaphosa’s own phone”.

An investigation by a consortium of human rights groups last year suggested Rwanda was monitoring the mobile phone numbers of top military officials and civilian politicians in Uganda, Democratic Republic of the Congo and South Africa, including Ramaphosa.

Do Not Disturb documents in startling detail how Karegeya was murdered — almost certainly by assassins sent by Kigali — in Sandton’s Michelangelo Hotel on New Year’s Eve 2013. And how other assassins — also surely ordered by Kagame’s government — had tried four times to kill Nyamwasa in South Africa.

The book also vividly describes how other Rwandan officials who fell out with Kagame have been hunted down and killed, in Kenya, Uganda, Mozambique and other African countries as well as being targeted in Europe and North America.

“In matters political, strategic and diplomatic, Africa should surely be looking to South Africa and Nigeria, the continent’s giants, for moral leadership and guidance. But your presidents, whether Zuma or Ramaphosa, seem to have been happy to allow Kagame to usurp that role,” commented Wrong after her talk.

“Kagame’s swift deployment of troops to Mozambique [last year] after jihadists captured Cabo Delgado put SADC to shame. Through daring operations of that sort, Kagame has presented himself as the dynamic African leader par excellence. Human rights abuses at home, targeted assassinations abroad are all forgotten as African officials fall over themselves to gush over Kagame’s effectiveness.”

Wrong cited South Africa’s former finance minister Tito Mboweni as one of the many African officials who had gushed publicly over Kagame’s governance.

She said South Africa used to be the hub of Rwanda’s operations in southern Africa, but after Pretoria had expelled three Rwandan diplomats implicated in the assassination of Karegeya and the fourth attempt on the life of Nyamwasa, Kigali appeared to have made Mozambique its new hub of operations.

Wrong noted that one of the Rwandan diplomats who had been expelled from Pretoria was now Rwanda’s high commissioner (ambassador) in Maputo. About 3,000 Rwandans fled to Mozambique after the 1994 genocide and many had done well in business and felt safe in the country.

But that was changing. Even before the Rwandan military deployed in Mozambique last July, the Rwandan journalist Cassien Ntamuhanga, a critic of Kigali, had disappeared and was presumed dead. And the Hutu businessman Revocat Karemangingo, the de facto head of the Rwandan community in Mozambique, was shot dead in Maputo in September last year, shortly after Rwandan troops arrived in the country.

Wrong was asked how it was possible that the likes of former US president Bill Clinton, former British prime minister Tony Blair and Microsoft founder and major philanthropist Bill Gates could regard Kagame as a worthy partner — when she describes him in her book as throwing tantrums and whipping and assaulting senior members of his own government.

Wrong said that Kagame had perfected the art of presenting two faces to the world. The face he presented to Rwanda, expressed in the local language Kinyarwanda, was often brutal and to the point. But the face he presented to the international community at places like the World Economic Forum in Davos, expressed in English and using the jargon of the development industry, won over Westerners.

She agreed with a questioner that Kagame had managed to “throw fairy dust” in the eyes of Western governments particularly or, put differently, to persuade them to “drink the Kool-Aid”. This love affair was largely the result of understandable Western guilt about its failure to prevent the Tutsi genocide, Wrong said.

She recalled how she had interviewed a former Kagame aide and later ambassador to the US — who later established an opposition party — who admitted that he and his diplomatic colleagues shamelessly played on Western guilt.

“But on top of that you are getting the cynicism of realpolitik,” Wrong added, citing the deals which not only the UK, but also Denmark and Israel, had done or were doing with Rwanda to process asylum seekers.

“You have a problem, we can solve it,” was Rwanda’s persuasive offer to Western governments, she said. This included Rwanda’s readiness to send its efficient military and police to Mozambique, Darfur, South Sudan, the Central African Republic and Mali — places where Western governments had no desire to send their own troops.

“So he’s a problem-solver,” she noted. Kagame also played to the popular notion that development could be delivered better by dictators than by democrats. This, though false, was very appealing to donor countries who hoped this would ensure their development dollars were well spent. DM