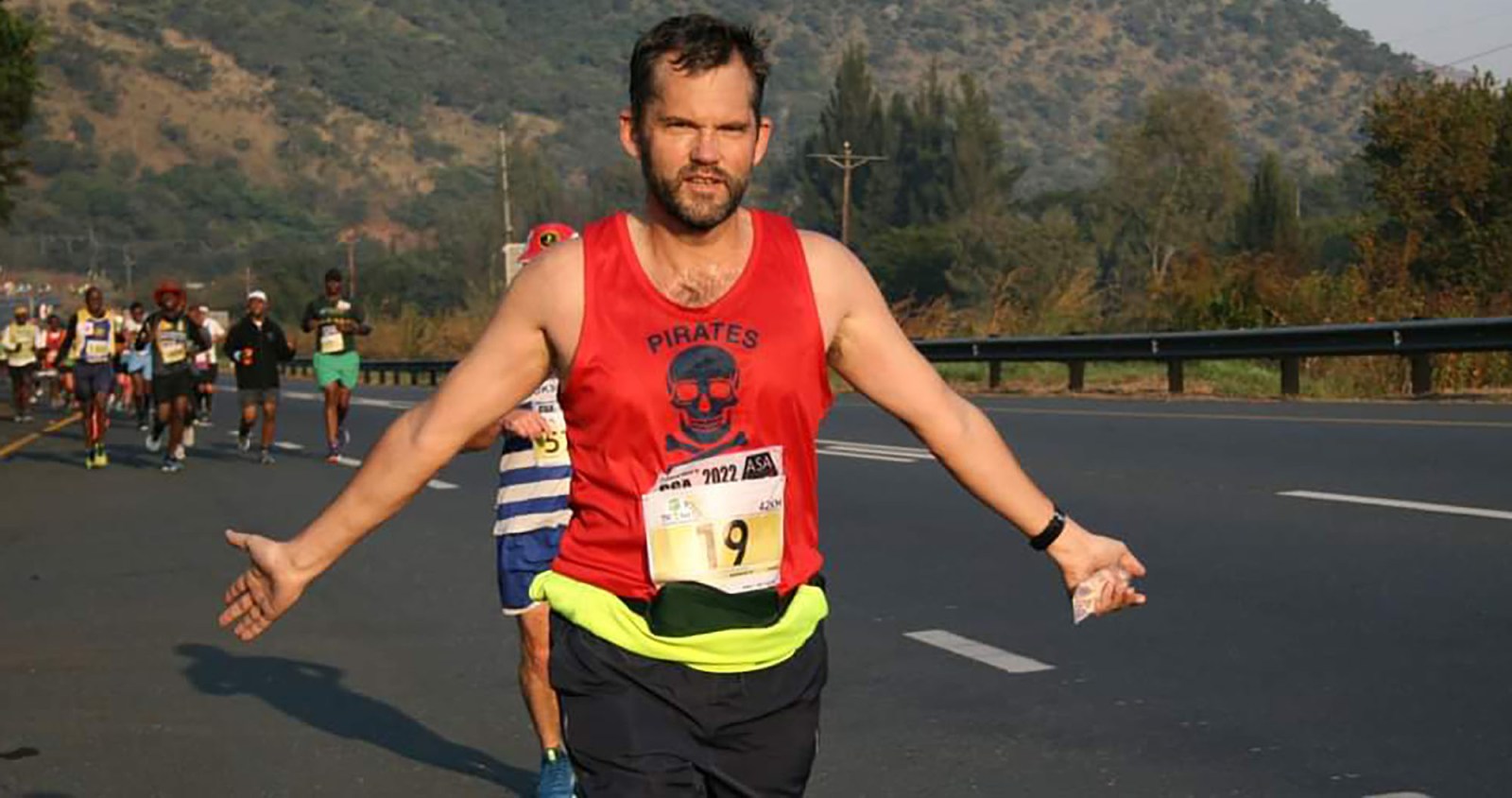 Fortunately, the Comrades Marathon doesn’t only bring out the best in people’s athletic ability — it also brings out the living spirit of Ubuntu: the Comrades is because we are. With this in mind, Dr Tom Boyles — attempting his ninth run this year — has launched a campaign to raise funds to subsidise runners who struggle to afford the entry fee.

The Comrades Marathon prides itself on its egalitarian traditions. In this great human endeavour, class, creed, gender and race make no difference because running 90km is a great leveller. And, unlike many elite sports where participation is often determined by affordability and class, Comrades (as we runners affectionately know it) is the ultimate race of equals.

You just need to be part of the dense crowd at the starting line — heaving with anticipation and fear, listening to Chariots of Fire, singing Nkosi Sikelel’ iAfrica, waiting for that famous cock crow — to feel that.

Having been a casualty of Covid for the past two years, the Comrades Marathon 2022 is taking place much later than usual, this time on Sunday, 28 August. It is open to up to 20,000 runners and the closing date for entries is now only days away, on Monday, 16 May.

To qualify for Comrades, you have to have recorded a marathon in under five hours… and pay the entry fee. But for many this year, it’s the entry fee that will be causing sleepless nights — it has doubled to R1,200.

There is no doubt that with so many livelihoods decimated by Covid, and with unemployment at an all-time high, this will be a stumbling block to the participation of many athletes from poorer socioeconomic backgrounds.

Just to quantify it, the entry fee is more than three times the monthly R350 Social Relief of Distress grant upon which more than 10 million South Africans now depend for an income.

The entry fee hike has been criticised, as has the halving of the prize money. Organisers of the Comrades Marathon did not respond to questions emailed to them, but it is believed the increase is due to a loss of sponsors and costs associated with the Covid lockdowns.

Fortunately, the Comrades Marathon doesn’t only bring out the best in people’s athletic ability — it also brings out the living spirit of Ubuntu: the Comrades is because we are.

With this in mind, a leading infectious diseases specialist, Dr Tom Boyles, — attempting his ninth run — has launched a campaign to raise funds to subsidise runners who can least afford the entry fee.

“I’m excited for the race to be back on after a two-year hiatus and can’t wait for race day,” says Boyles.

Boyles emigrated to SA in 2007 to work on infectious diseases like HIV and TB. He is currently working for Right to Care at the beleaguered Helen Joseph Hospital in Johannesburg. Over many years he has worked closely with impoverished communities, advancing health rights and working on threats such as HIV, TB and Ebola in Sierra Leone.

Most recently, he helped design and implement a successful Covid-19 vaccine roll-out at Madwaleni Hospital in the Eastern Cape. It led to vaccination rates of above 90% among the over-60s. According to Boyles, this meant that “during the third wave, not a single patient required hospital treatment for Covid, let alone any deaths, despite there being high numbers of cases in the villages”.

Boyles, who aspires to a Comrades green number* (two more to go!) explains: “I wanted to start the campaign because I saw that Comrades had doubled the entry fee, which puts the race out of reach for many runners, particularly when they already have increased travel and accommodation costs.”

He says “one of the reasons I run Comrades rather than doing races like the Cape Epic (a multi-stage mountain bike race whose 2023 entry fee is R52,000 per rider) is because the race is so much more inclusive.

“The barrier to entry is so much lower, that most South Africans can afford to race, particularly if they live close to the route, so you see a broad spectrum of society on the road.

“In addition, Comrades was founded on a spirit of comradeship and people always talk about the Comrades spirit.

“I started this campaign for like-minded people who have a healthy income to be able to lower that barrier to entry to ensure that we continue to see all-comers on the road this year.

“Running is a community activity and I think many people would be happy to help out a fellow runner.”

The campaign works like this: Runners can apply for a 50% reimbursement on their entry fee. However, to benefit they must first enter and pay in full for their entry.

According to the campaign’s Backabuddy page: “They must then ask the secretary of their running club to write a short (50-word) motivation as to why they deserve this funding and include their approximate monthly income and the runner’s phone number. This must be sent to [email protected].

“I will pay money directly to the runners, beginning with the most deserving, until all funds are depleted.”

The campaign has so far only raised just over R8,000. That’s a long way from its target of R500,000. Boyle and his supporters (including me) appeal to you to make a donation and keep the Comrades spirit alive. Just do it! DM/MC

To donate and support this campaign go to: https://www.backabuddy.co.za/champion/project/tom-boyles

*A green number is awarded to athletes who complete the Comrades marathon 10 times. A double green, 20 times. The author is a double green who sadly won’t be running this year, but encourages all kindred spirits to donate to this campaign.