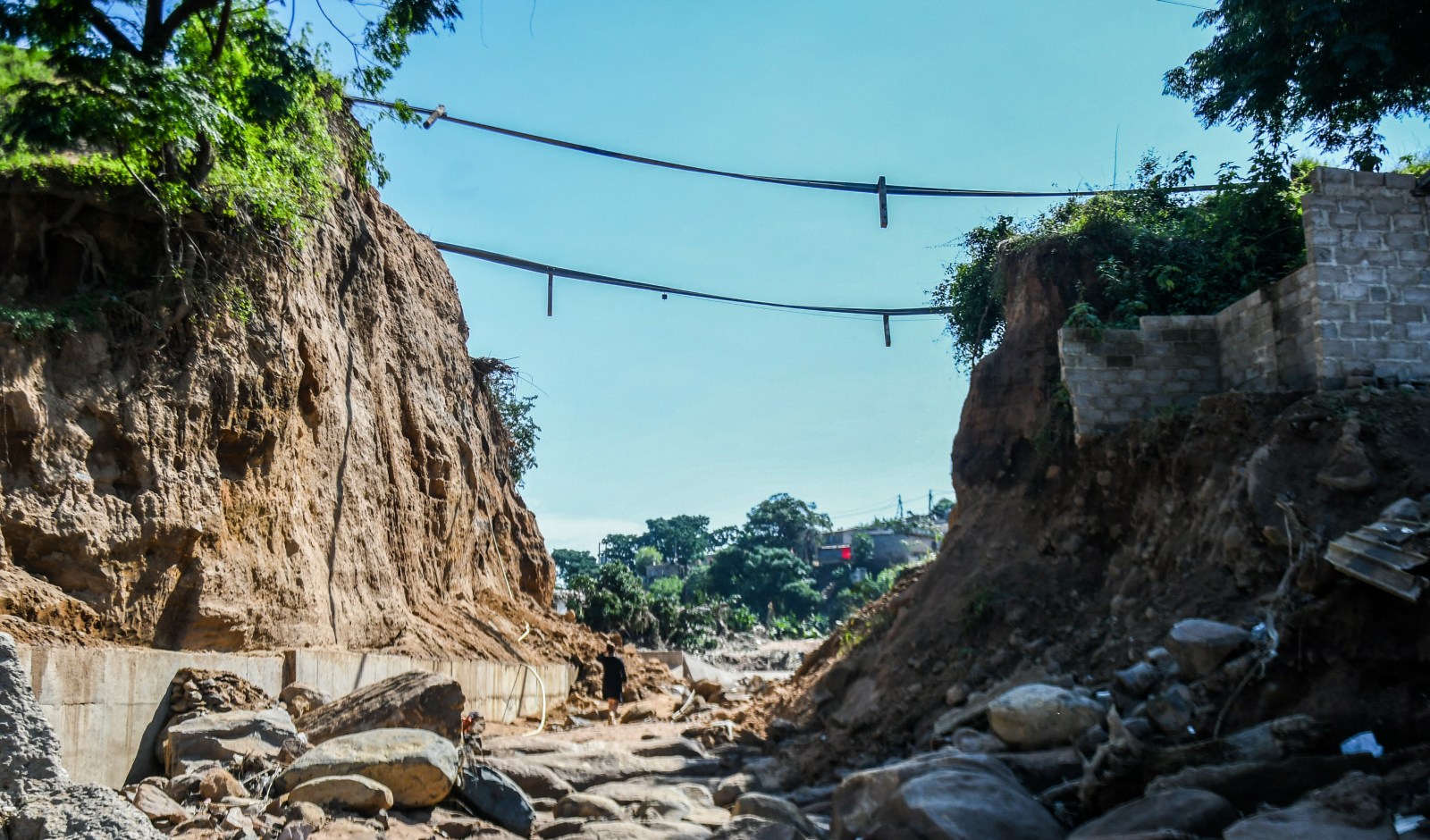 After the tabling of KwaZulu-Natal’s Department of Cooperative Governance and Traditional Affairs (Cogta) budget policy on Tuesday, it is still unclear when departments will be able to reallocate funds for flood relief; however, it is highly unlikely that such funds will be channelled from Cogta’s traditional leadership bureaucracy.

Cogta MEC Sipho Hlomuka “offered a disclaimer” during his budget policy speech at the KZN legislature, saying that government departments were still awaiting guidance from the provincial treasury to “reprioritise their budgets to enable the necessary recovery to occur”.

Official records in the aftermath of the recent floods in the province state that 435 people were killed, 63 are still missing, and more than 40,000 people’s lives were “severely disrupted”. This is in large part due to 4,983 homes being destroyed and a further 8,310 partially damaged. Roads, water and electricity infrastructure were also severely damaged, with repair operations continuing.

Hlomuka said assessments were still under way, but the cost of the floods on both private and public infrastructure was expected to exceed R25-billion. The National Treasury has indicated that it has R1-billion immediately available for relief via contingency funds, but that money is yet to reach the province.

“With eThekwini metro — as KZN’s economic hub — accounting for almost half of all of the damages caused by the heavy rains, the impact of the resulting floods is felt throughout the province.

“While we continue to restore the most essential services, including water and electricity, to all affected communities, we carry on with the task of assessing the damages to prepare for full reconstruction of all infrastructure that has been destroyed.

“In order to ensure that the funds earmarked for recovery indeed reach their beneficiaries, we will be monitoring all expenditure with utmost care,” said Hlomuka.

Meanwhile, according to Tuesday’s budget policy speech, the largest single line item of Cogta’s R1.8-billion budget, totalling 35% or R637.7-million, has been allocated to the maintenance of traditional authorities.

The department had previously stated that about 95% of the funds budgeted are for traditional authorities such as paying salaries for iziNduna (headmen/headwomen), secretaries of traditional councils employees who support amakhosi (local chiefs). The remaining 5% goes towards support for the various traditional councils across the province.

This excludes other line items that involve traditional leadership and associated institutions, pushing the net budget allocation much higher.

Some of the budget items focusing on traditional leadership include:

In 2021 it was reported that the provincial government owed 2,700 iziNduna R1.4-billion in back pay. Hlomuka said in his speech that all payments were now resolved.

In July 2021, a Government Gazette on traditional leaders’ salaries revealed that kings and queens earn R1.2-million and iziNduna R116,418 per annum at the bottom of the hierarchical scale. The Zulu royal household, which falls under the Office of the Premier, has been allocated R67.316-million for the 2022/23 financial year.

Addressing the murders of traditional leaders, Hlomuka said: “The surge in the killings of traditional leaders remains a grave concern. Consequential efforts are being made to apprehend the criminals who are responsible for these gruesome assassinations. The South African Police Service has registered a total of 43 cases of murder since 2012. A total of 25 people have been arrested in relation to 14 of these cases.

“Amakhosi themselves have cited longstanding succession disputes as one of the major contributors towards the killings of senior traditional leaders. In response to this, we will ensure that hereditary successions are concluded within 90 days after the need arises for the positions to be filled in line with customary law.”

He said that Cogta, working with the KZN Provincial House of Traditional Leaders and the Department of Community Safety and Liaison, would implement the “already signed Memorandum of Understanding on safety and security in rural areas” and would urge the SAPS to “expedite the threats analysis reports affecting amakhosi and iziNduna.

“The institution of traditional leadership is plagued by ongoing disputes relating to succession in ubukhosi [royalty] positions as well as boundary disputes among communities. This affects the stability in communities as well as service delivery and development.”

He said numerous disputes were still unresolved and required urgent closure “for the sake of long-term stability in our traditional communities”.

Premier Sihle Zikalala recently appointed a new provincial Commission on Traditional Leadership Disputes and Claims for a five-year term to deal with the disputes.

One example relates to the Umzimkhulu area, which was incorporated into KwaZulu-Natal from the Eastern Cape in 2006, where there “were many persons who claimed to be amakhosi”. Hlomuka said some had been recognised and others not, leading to disputes being lodged with the government.