D-Day in ConCourt bid to have Copyright Act declared unconstitutional 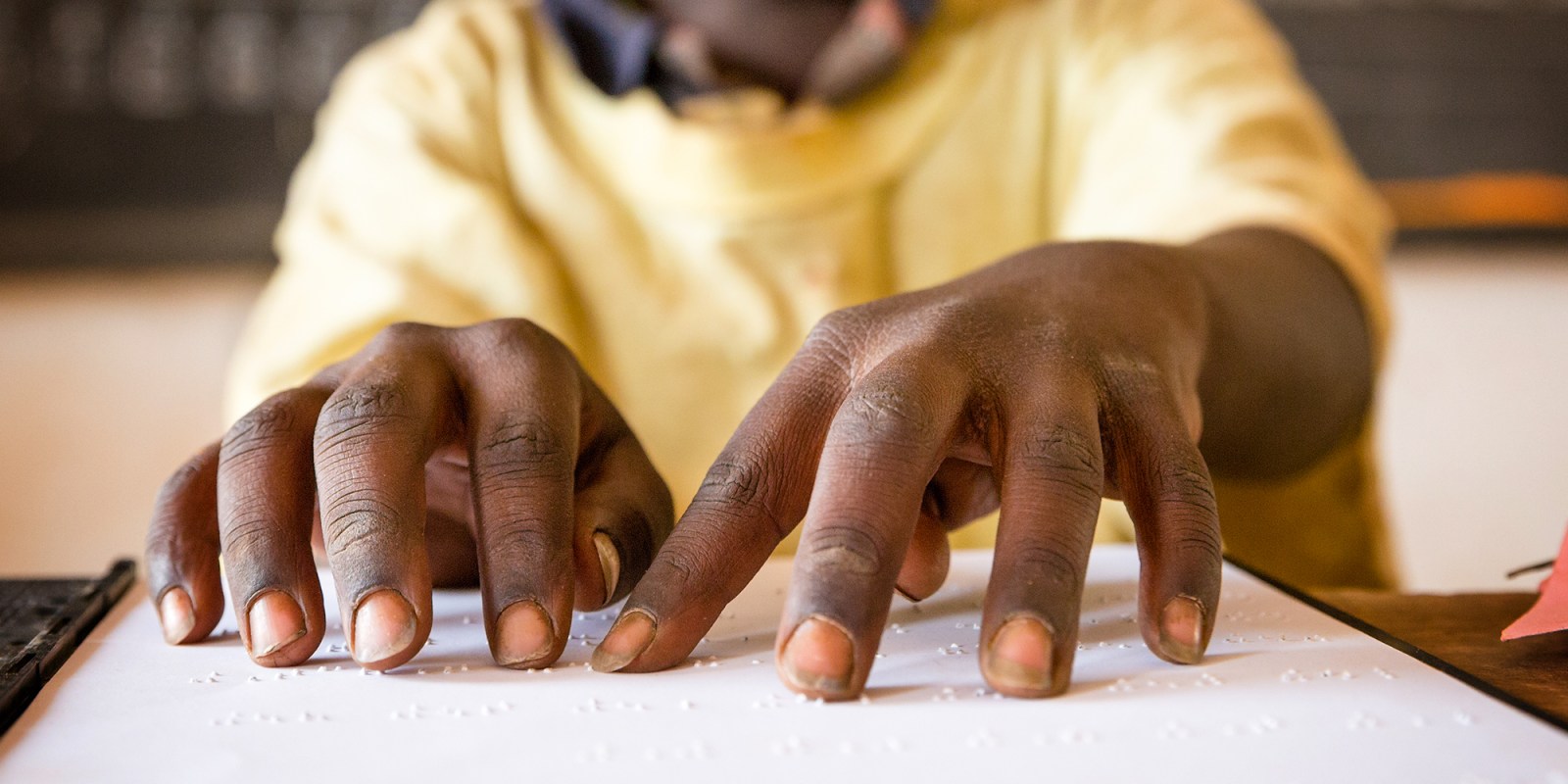 Blind SA and intellectual property activists are confident the Constitutional Court will rule in their favour in a vindication of the rights of people with visual disabilities.(Photo: Flickr / GPE/Kelley Lynch)

Blind SA and intellectual property activists are confident the Constitutional Court will rule in their favour in a vindication of the rights of people with visual disabilities.

A decades-long campaign will come to a head on Thursday when the highest court in the country presides over a case to decide whether to confirm the high court order from September 2021.

Blind SA, represented by SECTION27, launched proceedings in the high court to declare the Copyright Act unconstitutional since it limits the rights of people with visual disabilities from accessing copyrighted works in formats they can read.

Blind SA has been at the forefront of a decades-long campaign to end the book famine for blind and partially sighted people. Blind SA asked the court to amend the outdated Copyright Act by “reading in” section 19D of the Copyright Amendment Bill (CAB). The bill amends the Copyright Act of 1978, and allows for general exceptions regarding protection of copyright works for people with disabilities. In other words, this section would allow people with disabilities to develop or import accessible-format copies of published works without having to secure the permission of the copyright holder, thereby greatly improving access to reading materials.

Not only did the high court declare the Copyright Act unconstitutional, it ordered that section 19D of the CAB is now part of the act. This means that if the legislature does not pass copyright reform to provide an exception for people with visual disabilities within 12 months, the order that section 19D is part of the act will become permanent.

In addition, the reading-in of section 19D into the act paves the way for the Marrakesh VIP Treaty to be acceded in South Africa. The United Nations-administered treaty, adopted in 2013, makes it possible for the production and international transfer of specially adapted books for the visually impaired.

Blind SA president Jace Nair believes the Constitutional Court’s confirmation of the high court order will be a meaningful vindication of the rights of people who are blind or visually impaired and will allow them to have access to a far higher number of published works in formats they can read.

“It is unfortunate that we had to approach the Constitutional Court to seek relief for inclusion of exceptions and limitations for blind persons to access works in accessible formats despite progressive legislation and the Constitution that we have in our country. Blind and partially sighted people have been denied our basic human rights for the past 28 years of a democratic South Africa. We are very hopeful that the Constitutional Court will on 12 May redress the imbalances of apartheid legislation and confirm the unconstitutionality of the Copyright Act of 1978 and read into law section 19D of the Copyright Amendment Bill.

“We also await the minister of trade, industry and competition to publish regulations to enable the setting-up of the authorised entities and to provide the legislative framework for South Africa to ratify the Marrakesh Treaty. We will join hundreds of blind and partially sighted people and intellectual property activists at the Constitutional Court tomorrow.”

Nair describes his feelings on the eve of the decision:

“To an extent we are elated and excited because we have been able to highlight the injustices that have been placed on blind people. At the same time, we believe strongly that the Copyright Amendment Bill, which includes exceptions for education and fair royalties, is still something we aspire to because blind people are also authors and performers and they need greater access to guarantee their works. We will still continue that advocacy for those exceptions and clauses in the bill that will make it more meaningful and economically viable for our composers and artists. Our advocacy will still unwaveringly continue. We will continue to mobilise our activists to make presentations at the provincial legislature and the National Assembly so that the very important issues of fair use can be highlighted.”

Broadly defined, “fair use” refers to rights within copyright law to use protected works without licence or permission from the rights holder to serve various public interests.

SECTION27 attorney Demichelle Petherbridge explained what to expect on Thursday: “We believe that the Constitutional Court will uphold the declaration of unconstitutionally in terms of the Copyright Act, and hope that they will grant our request to read-in section 19D of the Copyright Amendment Bill. We believe this is the only way the rights of our clients will be effectively realised.”

The case will be heard online and streamed live on the Constitutional Court’s YouTube channel. A direct link to the live stream will be available on the court’s website home page and tweeted from @ConCourtSA before the hearing.

Activists from Blind SA, SECTION27 and partner organisations such as ReCreate SA, the Treatment Action Campaign and Right2Know, will march peacefully to the Constitutional Court on Thursday and picket to show support for the landmark case. DM/MC