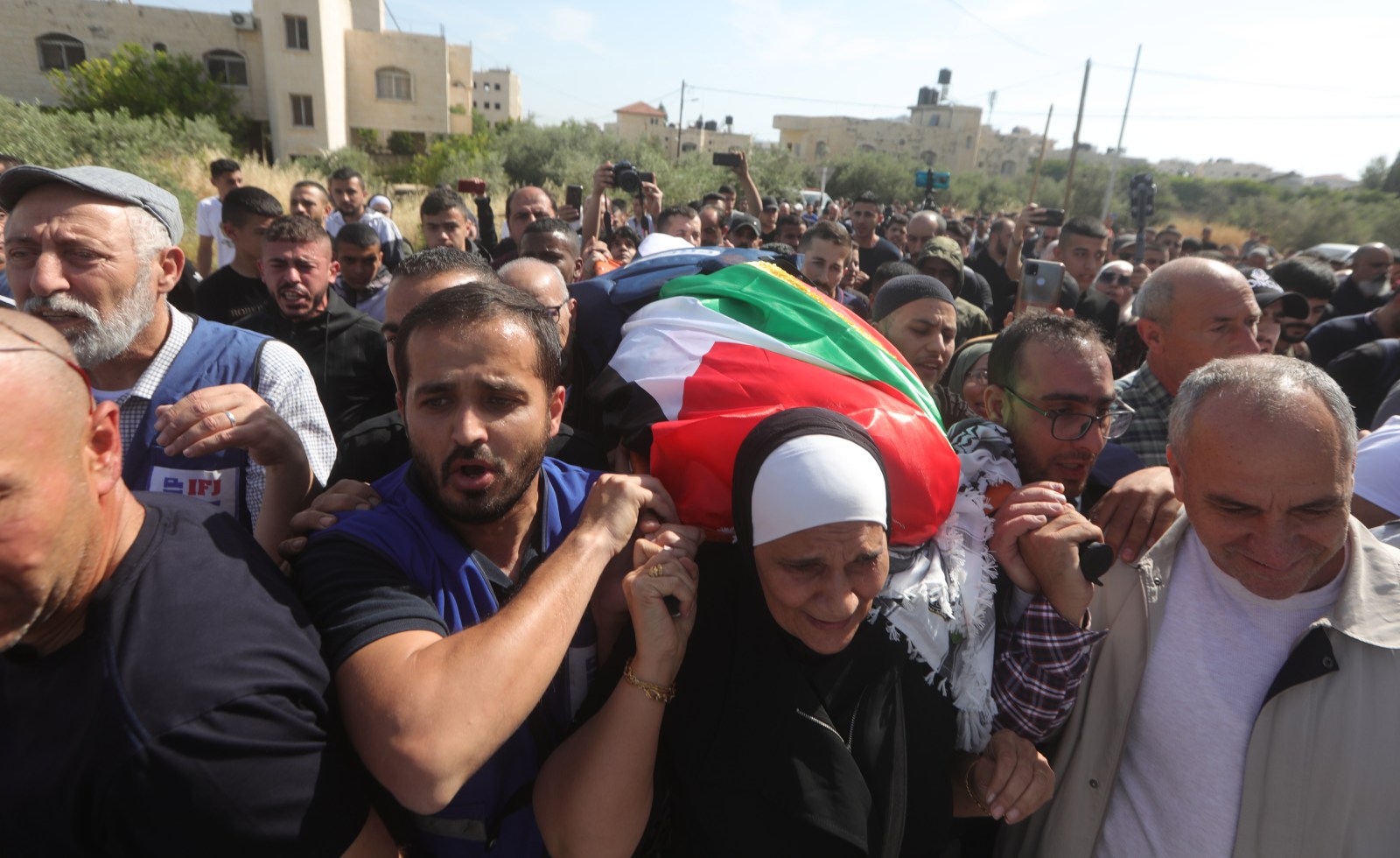 An Al Jazeera reporter was shot dead during an Israeli raid in the occupied West Bank on Wednesday, with Palestinians and the news channel accusing Israel of killing her and Israel's leader saying she was likely hit by Palestinian fire.

Shireen Abu Akleh, 51, a Palestinian-American, was wearing a press vest that clearly marked her as a journalist while reporting in the city of Jenin, the Qatar-based outlet said.

She was covering the latest arrest operation launched by the Israeli military amid deadly Arab attacks in Israel. The death of a prominent, veteran reporter for the popular news channel seemed likely to add more fuel to a surging conflict.

The Israeli military said its troops came under heavy fire during the Jenin operation. Prime Minister Naftali Bennett, in a statement, said “it appears likely that armed Palestinians – who were firing indiscriminately at the time – were responsible for the unfortunate death of the journalist.”

The Palestinian health ministry said Abu Akleh had been hit in the head by gunfire. Palestinian President Mahmoud Abbas and Al Jazeera described her death as blatant, cold-blooded murder by Israeli forces.

“Very sad to learn of the death of American and Palestinian journalist Shireen Abu Akleh,” Tom Nides, the U.S. ambassador to Israel, wrote on Twitter. “I encourage a thorough investigation into the circumstances of her death and the injury of at least one other journalist today in Jenin.”

In a statement, the Israeli foreign ministry said Israel “will be conducting a thorough investigation” and it called on the Palestinian Authority to cooperate “to get to the truth”.

Bennett said Israel had offered to conduct a joint autopsy and investigation with the PA, whose spokesman rejected the proposal and called for an international inquiry instead.

Ali Samoodi, a Palestinian journalist wounded alongside Abu Akleh, said Israeli forces “suddenly opened fire” at them during the operation, and he disputed the military’s account that she had been near Palestinians who had been shooting indiscriminately.

Read in Daily Maverick: It’s the World Press Survival Day as we know it, by Branko Brkic

A U.S. embassy spokesperson in Jerusalem said Abu Akleh had covered issues in the Middle East and internationally for more than two decades and was “deeply respected by many Palestinians and others around the world”.

In a separate incident on Wednesday, Israeli forces shot and killed a Palestinian during clashes near the West Bank town of Ramallah, the Palestinian Health Ministry said. There was no immediate Israeli comment.

Visits by Jewish pilgrims over the past weeks to Al-Aqsa mosque compound in Jerusalem, Islam’s third holiest site and the most sacred place in Judaism, have stoked Palestinian anger.

Since March, Palestinians and members of Israel’s Arab minority have killed 18 people, including three police officers and a security guard, in attacks in Israel and the West Bank that have mostly targeted civilians.

Some of the assailants have come from Jenin. The city has been a main target of Israeli arrest raids in the West Bank that have often sparked clashes and brought the number of Palestinians killed by Israeli forces or armed civilians since the beginning of the year to at least 42.

The casualties include armed members of militant groups, lone assailants and bystanders.