Will Smith: how films perpetuate the idea that women ne...

Will Smith: how films perpetuate the idea that women need saving 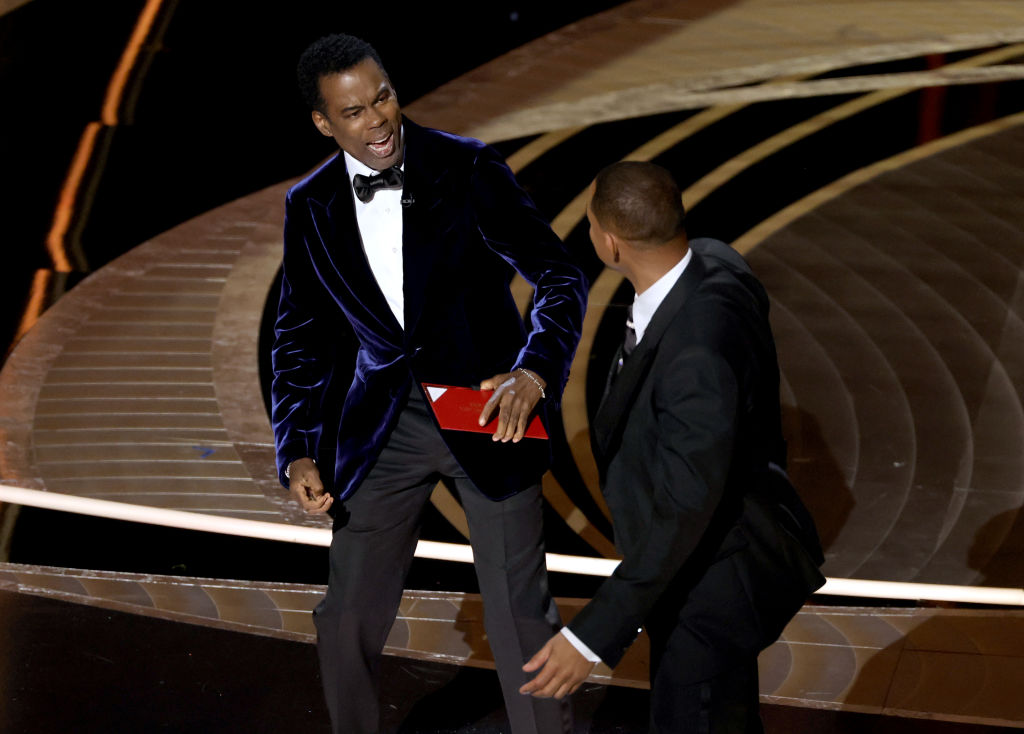 Two days after actor Will Smith hit comedian Chris Rock in response to a joke about his wife, I gave a taster lecture to a group of year 12 students. I asked them if they agreed with Smith’s actions and 58% of them agreed that he was right to slap Rock. A man protecting a woman is, to some, benevolent.

His violent response to the situation was shocking and unexpected to many, including him. Smith’s aggression may be partly explained in terms of the culture of honour – a set of rules some men adhere to which dictate how to respond to a subjectively perceived threat. An insult to one’s family or spouse may be a stimulus powerful enough to inspire behaviour otherwise considered irrational.

Although men defending a woman’s dignity may appear as an appealing romantic concept, it also assumes certain weaknesses in women. Perceiving women as weaker and more vulnerable is a form of protective paternalism that leads to “benevolent” sexism. This counterpart to hostile sexism relates to the behaviour of men who think of women as somewhat helpless, and thus in need of defending.

The debate about the incident has been deeply divided with some saying he was wrong but many, like my students, saying he was right. Films are full of heroes saving damsels in distress, including many of Smith’s. If pistols are drawn at dawn in films to protect the honour of insulted ladies and that is seen as a gallant and good thing, it is not surprising then that people would feel the same about real-life instances of benevolent sexism and the violence it inspires.

The screen has its stereotypical heartthrobs, from the bad boys who punch up a guy for ragging on his girl or the gentleman who duels for the heart of a lady. By presenting a simplified and outdated image of men – as strong defenders – and women – as weaker and dependent – TV and cinema have been perpetuating traditional images of gender. The resulting, pervasive stereotypes serve as powerful cues impacting our social behaviour. Research has shown that some women are so attracted to the idea of being cherished and protected that they don’t see men exhibiting such brash behaviour as sexists at all.

One influential study explains this process in detail, arguing that observing how other people behave contributes to the formation of gender stereotypes. Especially among young viewers, it creates expectations about how men and women should behave.

Critically, celebrities have been said to influence not only, what clothes to wear or what to eat, but how to behave. Will Smith may be considered a role model for many people, especially the young.

Standards of male behaviour have changed and the concept of masculinity in film has evolved. Perhaps one of the best litmus tests of male representation in cinema, as well as in popular culture, is the evolution of James Bond.

Looking at Sean Connery’s 007 compared to Daniel Craig’s manifests a considerable change in the definition of how cinema projects masculinity. In the first instalment, the act of killing was trivialised – often going unnoticed and sometimes even ridiculed. Also, female characters only provided visually pleasing background dressing in Bond’s story and were almost always portrayed as less intelligent and searching for male protectors.

Craig’s Casino Royal shows a different kind of masculinity. His Bond is emotional and vulnerable and the women are more fleshed out and real. The ladies in his life are not just romantic counterparts but have action scenes and drive the narrative. In No Time to Die, for the first time in history, although briefly, the 007 code was assigned to a woman. Not only do women no longer need protection, but now they protect others in one of the most hyper and historically toxic masculine franchises in cinema history.

A different norm of male behaviour is being laid out in film and other media. Take London mayor Sadiq Khan’s #Haveaword campaign aimed at tackling violent male behaviour against women. The campaign encourages men to have conversations with their friends and other men and to call out bad behaviour wherever they might see it. The onus here is on words though and not on violence to diffuse situations.

Will Smith has given an unconditional apology to Chris Rock and five days after the incident resigned from the Academy. He did not look for excuses but instead tried to identify what might have caused his aggression. Being Will Smith has also one big advantage. He has the power and resources to make a positive impact on the younger generation – as a role model and actor making conscious character choices. Surely, he has also the wisdom to see his wife as able to defend herself, if she feels insulted and wishes to respond. DM/ML

Michal Chmiel is a Senior Lecturer in Psychology at Royal Holloway University of London.