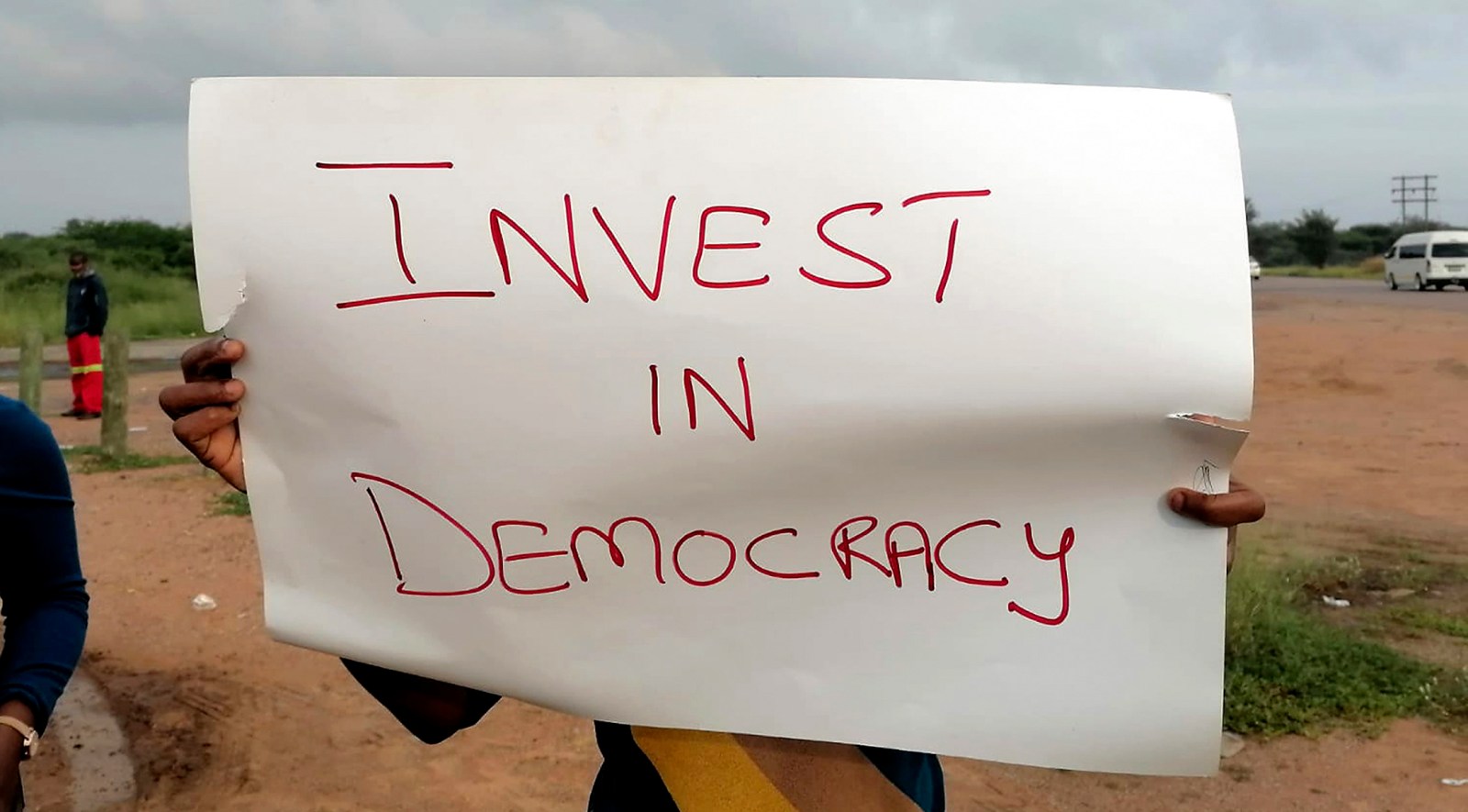 Many countries in Africa have been stagnating and backsliding because their leaders have failed to include the talents and new ideas of all ethnic, religious, regional and political groups when making nation-building plans.

The development potential of African countries is being hampered by the rulership of small elites – whether ethnic, military or struggle families – for their own self-interest.

African countries have been stagnating, backsliding and falling deeper into poverty – because they exclude so many talents, new ideas and energy, solely based on ethnicity, gender and outsider status. African ruling elites often do not include all society stakeholders, opposition parties, the non-state, business, civil society and community groups, together with the state, to cobble together long-term industrial, national-building and peace plans. The lack of bringing all of society together to co-create industrialisation, nation-building and peace is one of the reasons many African countries have stagnated and will continue to do so.

Being inclusive of all ethnic, religious, regional, political and demographic groups generates continual innovation, new ideas and energy in a country’s politics, economy and society – so critical for transformation. Lacking these makes the politics, economies and societies of so many African countries devoid of dynamism, energy and vibrancy – and is the cause of a lot of hopelessness in countries.

Since independence from colonialism, African industrialisation, development and growth have been stunted because most governments have either actively discouraged or been indifferent to entrepreneurs, and rarely fostered supporting institutions, policies and environments for entrepreneurship.

Given that most African countries after independence inherit economies without much advanced industry, skills and financial resources, entrepreneurs – who could add value to raw materials, come up with new methods of production and introduce new industry sectors and manufacturing products – were desperately needed.

In many African countries, genuine entrepreneurs who made it thanks to their own efforts and money, and by taking risks, are often not only outside the inner circle of the ruling parties, military or ethnic groups, they are also often viewed with suspicion by political leaders, citizens and civil society.

Many African governments nationalised local and foreign companies or introduced indigenisation or empowerment programmes where the state or local political capitalists close to governing parties get slices of local or foreign companies.

Many African leaders and governments oppose merit as a guiding principle in government, society and the economy. Most African liberation and independence movements appoint only cadres of their own parties or in other cases members of the ruling ethnic, language or regional group.

In many African countries corruption has become everyday: the allocation of public money, appointments to public institutions and policy-making are done by clientelistic and corrupt means. Governing parties and leaders are themselves often deeply corrupt, which makes it impossible in many cases to eradicate corruption.

Very few African countries prioritised industry-relevant education as the tool for the empowerment of society. Getting the best global education for citizens, with curriculums containing the best from all over the world, to become as competitive as possible, has sadly not been a priority for most African countries. Developing human capital, through genuinely and determinedly giving all citizens the best-quality education, is not only the greatest empowerment policy but also the greatest economic growth driver.

A question of human value

The prerequisite for successful African development is for governments and leaders to value African lives. Colonialism and apartheid dehumanised and reduced the value of Africans, compared with whites. In the postcolonial period, new African leaders, governments and elites have continued to bestow less value on their fellow Africans, seeing them also as “subjects”, or voting fodder. Sadly, in many instances African elites appear to be only outraged when Westerners, whites and non-Africans violate Africans. However, they appear not to care if Africans violate Africans in whatever form – corruption, violence and gender crimes.

Since the end of colonialism and more recently apartheid, democracy has always been contested in Africa, with many liberation and independence movements of the postcolonial antidemocracy school arguing that democracy should be shelved to focus on development first. Key arguments in the African postcolonial antidemocracy school are that democracy is allegedly “unAfrican”; and those countries need “strong” leaders who should be in power for long periods to supposedly embed “transformation”. All the countries with so-called “strong” leaders in Africa have collapsed into failed states, ethnic violence and breakdowns.

Good leadership is crucial for development. Leaders can either foster development, inclusive nationhood and peace, or undermine these. Societies that have emerged from traumatic experiences such as colonialism, apartheid and civil war need leadership that is more caring, has greater self-awareness and is less inclined to seek refuge in victimhood. Leadership is at a higher premium in societies that are ethnically diverse and have high levels of inequality, and where democratic rules, institutions and governance are not fully embraced by all.

In failing African countries there is always a gulf between the interests of leaders and the interests of the societies they lead. Leaders often act and make decisions and policies that are in direct opposition to the underlying values, laws and public interest as set out in country constitutions.

African countries are fertile ground for psychopathic and narcissistic liberation leaders. Psychopathic leaders suffer from abnormally violent intimate, social and political behaviour. For narcissists, grabbing, holding on to and defending power at all costs becomes more important than compassion, reason or communal interests.

All these types of leaders in many cases focus on their own self-aggrandisement, often deliberately sowing societal or ethnic divisions for self-enrichment and looting public resources. In power, they also deliberately cause chaos and uncertainty – to perpetuate their rule. Such societies often vote for autocratic figures: either father figures or strong men who can supposedly defend them against perceived threats, such as former colonial powers, “enemy” groups and hostile former elites from the ancien régime.

Traumatised African societies often support autocratic, corrupt and incompetent leaders because they are “one of us”. This can also lead to misplaced racial, ethnic and community solidarity – someone will be supported, no matter how corrupt or incompetent they are, because “they are one of us”.

Honesty is crucial for transformative leadership. And they must refrain from seeking refuge in victimhood. The character of leaders matters and should be built on values such as compassion, social justice and forgiveness. The measurement of self-worth should not be based on money, material trappings or power. Leaders should not make decisions based on ethnic, racial and community solidarity, but on ethical values. Harmful beliefs and traditions should be discarded.

Leaders should never strive for popularity when it compromises constitutional values, human rights and dignity. DM168

William Gumede is former Senior Associate Member and Oppenheimer Fellow at St Antony’s College, Oxford University. This an edited extract from his recent talk to the African Caucus at the John F Kennedy School of Government, Harvard University.

This article first appeared in our weekly Daily Maverick 168 newspaper which is available for R25 at Pick n Pay, Exclusive Books and airport bookstores. For your nearest stockist, please click here.