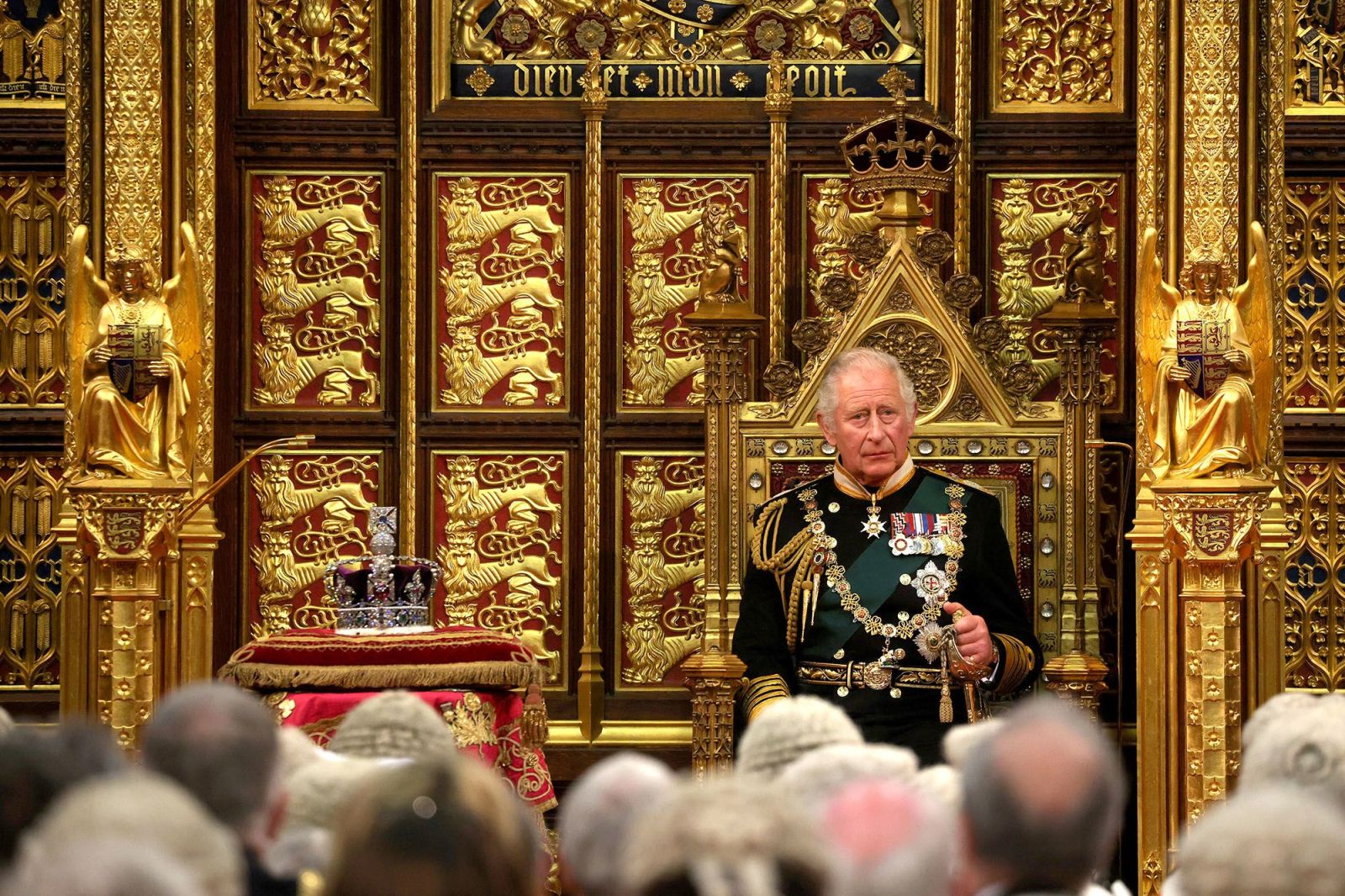 Prince Charles, Prince of Wales delivers the Queen's Speech during the state opening of Parliament at the House of Lords on May 10, 2022 in London, England. The State Opening of Parliament formally marks the beginning of the new session of Parliament. It includes Queen's Speech, prepared for her to read from the throne, by her government outlining its plans for new laws being brought forward in the coming parliamentary year. This year the speech will be read by the Prince of Wales as HM The Queen will miss the event due to ongoing mobility issues. (Photo by Dan Kitwood/Getty Images) Photographer: Dan Kitwood/Getty Images Europe

LONDON, May 10 (Reuters) - Britain's heir-to-the-throne Prince Charles and Prince William took centre stage amid the pomp and pageantry of the opening of parliament on Tuesday, replacing the 96-year-old Queen Elizabeth who missed the grand set-piece event with health issues.

With the queen forced to withdraw for the first time in almost 60 years, Charles stepped in to read out the government’s legislative agenda at the Palace of Westminster, the first time he has taken on such a major constitutional duty.

The queen, the world’s oldest and longest-reigning monarch, has been absent from nearly all high-profile public events in recent months. She was forced to miss the speech due to a recurrence of mobility issues.

Charles, who had attended the opening of parliament alongside his mother in recent years, wore an admiral’s uniform to read out the agenda from a throne. While the queen would announce “My Government will,” Prince Charles said “Her majesty’s government will…”.

The State Opening of Parliament is an event of huge pomp and pageantry which traditionally sees the queen travelling to the assembly in a State Coach, escorted by mounted soldiers in ceremonial uniform, while the Imperial State Crown and other regalia travel ahead in a carriage of their own.

The ceremony, which occurs in spring or after a national election, embodies the centuries-old separation of power between the Crown, the elected House of Commons, the House of Lords and the judiciary.

The monarch dons the Robe of State before leading a procession to the upper chamber where she formally opens a new session of parliament, reading a speech written by the government outlining its legislative plans.

She reads the document in a formal and neutral tone to avoid any sense of approval or disapproval of the policies, an approach also taken by her son on Tuesday.

Charles, seated beside the queen’s crown and flanked by his eldest son William and his wife Camilla, delivered the speech to lawmakers and lords dressed in red ceremonial robes.

The queen has only missed the occasion twice during her 70-year reign – in 1959, and 1963, when she was pregnant with sons Andrew and Edward.

In order to authorise Charles and William to carry out the role on her behalf, the queen had to issue a ‘Letters Patent’. A palace source said no other functions had been delegated by Elizabeth.

The queen is next expected to be seen in public during four days of celebration in June to mark her Platinum Jubilee.

Buckingham Palace said last week she was planning to attend most major events during the celebrations but her presence would not be confirmed until on the day.

By Kate Holton and Paul Sandle.