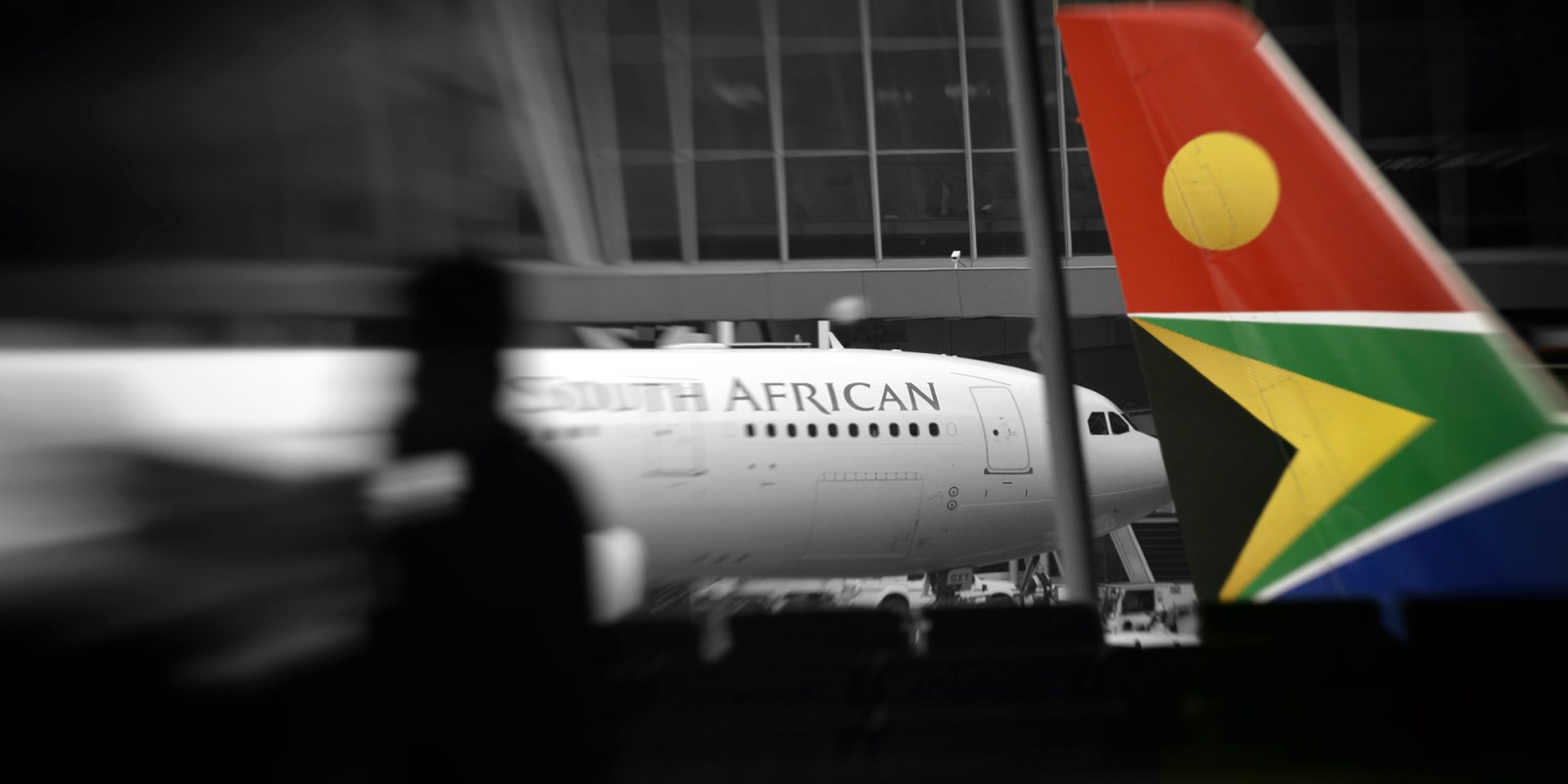 The deal with Takatso consortium for 51% of SAA shares remains a work in progress, or live transaction, and commercial sensitivities meant details of the deal were not shareable, MPs were told on Tuesday.

The SAA deal is not finalised yet, more than two months after Cabinet approved the sale and purchase agreement between Public Enterprises and the consortium that was named in June 2021 as government’s strategic equity partner.

And there is no deadline.

“We would like it to be sooner than later,” Public Enterprises Minister Pravin Gordhan told Parliament’s public spending watchdog, the Standing Committee on Public Accounts (Scopa).

In the interim, it’s all fudgy — from rands and cents to crucial legislative changes given that SAA is a creature of statute.

Bottom line: until the 51% stake transaction with the Takatso consortium is finalised, government remains responsible for SAA. And that includes the R16.4-billion in government guarantees, one of National Treasury’s flagged concerns, alongside Public Enterprises’ commitment that government would take care of all so-called historical liabilities.

“What we are trying to do as part of that (sale) agreement, moving forward, we reduce these guarantees, there is no further exposure…” said Finance Minister Enoch Godongwana, emphasising the SAA deal was “to minimise as much as possible our exposure”.

Gordhan also held the line: “As the amounts get paid off to the financial institutions, the amounts reduce…”

Earlier, the minister had told MPs that the two further payments of about R760-million each would be paid to sets of creditors in August 2022 and August 2023. Unquantified liabilities also still existed over ticket refund commitments.

In addition, in July 2022 payment will be made to settle R1.8-billion, according to National Treasury. It’s part of the R49.7-billion in taxpayers’ money SAA has received since 2007 when it was taken from the Transnet umbrella as a stand-alone state-owned entity.

That’s about as good as it got on the rands and cents, amid the interim fudginess on SAA.

After ANC MP Bheki Hadebe stepped in to emphasise the document had been withdrawn, Scopa chairperson and IFP MP Mkhuleko Hlengwa ruled, “We can’t bind National Treasury to a document they recalled.”

Outgoing National Treasury Director-General Dondo Mogajane’s offer was ignored: “Can I come in on the R16-billion (in guarantees)?”

Gordhan responded to Lees’ request for the Norton Rose Fulbright due diligence report that had highlighted some risks:

“I have to take legal advice… whether this, being a live transaction, will enable us to give you the reports.”

“This is the kind of question that begins to create difficulties for us. Information that is of a competitive nature is information that may not be available now…” Gordhan told Lees.

“Can we avoid questions that impinge on the parameters I outlined earlier on — profits, losses…

“We’ll get to that when the financials are released.”

Those statutorily required annual audited financials have been overdue for the past four financial years, but are now at the point where the Auditor-General can get cracking.

Or, as Gordhan put it, “Management accounts and financial statements have not been adequately prepared over time… there is now a catch-up under way.”

That this liaison with SAA is already under way emerged at last week’s Scopa meeting when the Office of the Auditor-General told MPs that until the share sale was finalised, Parliament had full oversight over SAA.

From the Public Enterprises presentation to MPs, it emerged that future support from the national purse remained a possibility, given the government shareholding.

While Gordhan may prefer to emphasise the golden share option — and that government has a veto on the back of national interest — such a scenario effectively throws out government’s often repeated public undertaking that the sale of the 51% stake in SAA was to stop the national airliner draining the national purse.

EFF MP Veronica Mente did not mince her words.

“For the past four years we have not had (audited) financials. How did they conduct due diligence? How do we determine what SAA is worth?” she asked.

But the interim fudginess extends from rands and cents and risks into politics.

On Tuesday, Gordhan and Godongwana moved in carefully choreographed unison. Downplayed were earlier tensions over who did or didn’t do what about SAA after Public Enterprises dismissed National Treasury for saying it had nothing to do with anything in the deal until it was done.

“It’s in the nature of National Treasury to have these boxing arrangements… It doesn’t mean a conflictual arrangement; it means an internal process,” said Godongwana in response to another sweetheart intervention from Hadebe.

Overall, the finance minister kept it short, while his public enterprises counterpart took the lead in Tuesday’s three-and-a-half-hour Scopa briefing.

Gordhan’s not infrequent acerbic remarks, particularly in interactions with Mente and Lees when he insisted on commenting on the lawmakers’ commentary, stood in contrast to the ministerial interactions with the ANC MPs on Scopa. Perhaps that’s more than just governing party collegiality, since ANC study groups traditionally meet before committees to thrash out strategy, and even questions.

Mente had told the minister that, in the absence of details on SAA financials and values, he should keep his condescension and instead answer questions about the deal that was made.

Gordhan appears more at ease in the parliamentary public enterprises committee, where hard questions are seldom asked. Generally, the committee welcomes ministerial and departmental steps, if its official post-meeting statements are anything to go by.

But the ministerial show of unison may signal hidden tensions within Cabinet over the sale of SAA’s 51% stake, in addition to governing ANC factional ideological tensions. As do the machinations, including invoking market sensitivities, to kick into touch detailed answers on an SOE that has been part of State Capture and consumed R49.7-billion over some 15 years.

The interim fudginess reaches into governance and law. It’s now confirmed that because SAA is established by an Act of Parliament, the law will have to be changed. Like some of the other transactional issues, such as government’s preferred shares, the lawyers are also on to this.

“This is a matter the legal teams are working on. Eventually, as government, we will work out an efficient way for Parliament to deal with this,” said Gordhan. “There will have to be a change… the precise mechanism will have to be worked out in due course.”

The ministerial response to Lees saying this legislative change wasn’t just a legal technicality, but central to disposing of SAA shares, was a short one.

“The (SAA) Act will ultimately be repealed, but the transaction will have to be done first.”

And so the interim fudginess continues. DM