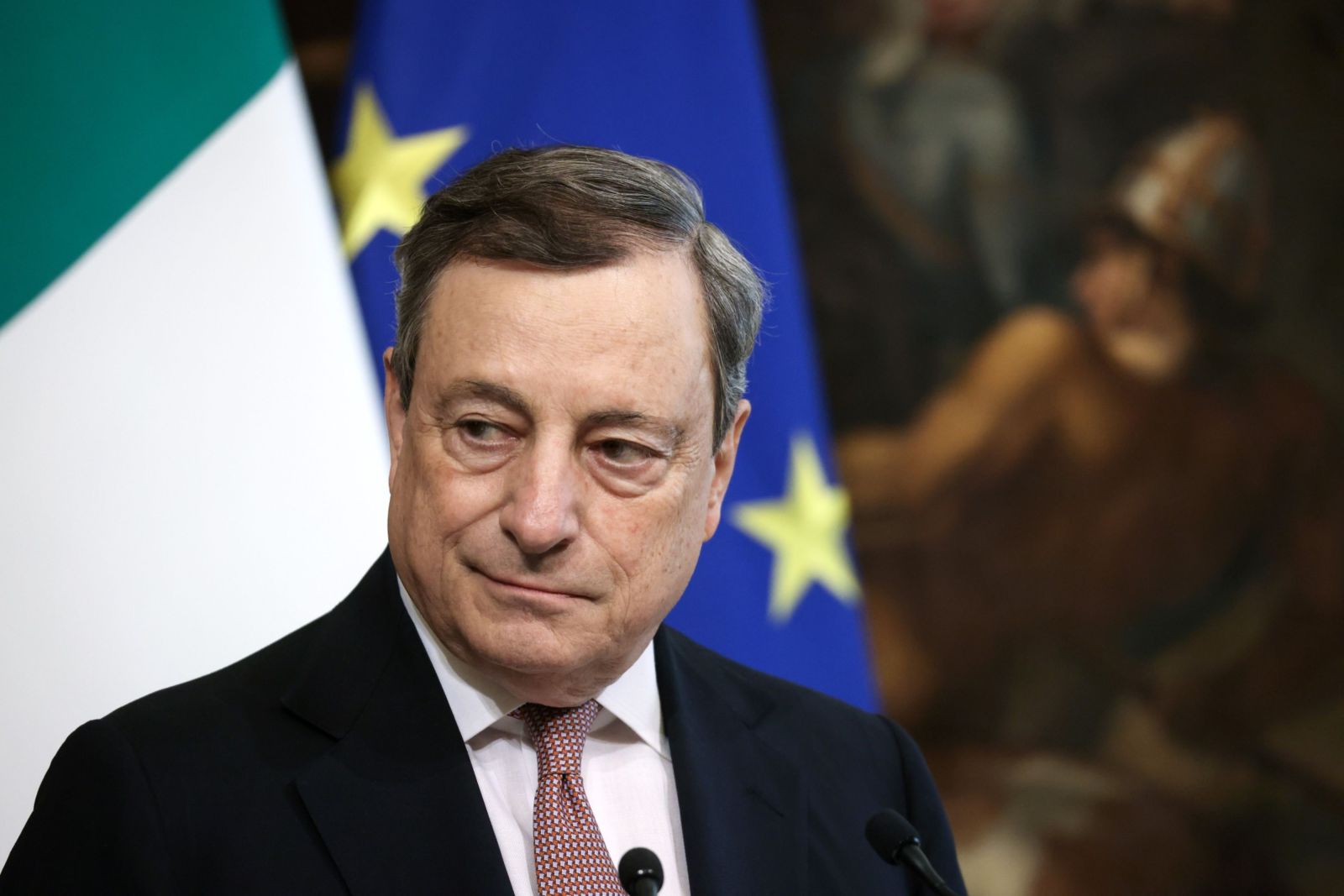 Less than a week before Russia invaded Ukraine, Italian Prime Minister Mario Draghi was planning a trip to Moscow and discussing a possible increase in gas supplies with Vladimir Putin. His approach is very different now.

As the 74-year-old former central banker prepares to meet U.S. President Joe Biden at the White House Tuesday, he’s pushing for the European Union to ban Russian oil imports and scrambling to end Italy’s reliance on Russian energy. He’s also backed sending heavy weapons to Ukraine despite resistance from large parts of his ruling coalition and the country’s historically strong ties to Russia.

In doing so, Draghi is lining up alongside countries like the US and UK, which have vowed to keep isolating and pressuring Moscow with ever tougher penalties, and is essentially pushing more hesitant nations like Germany to step up their game.

What changed Draghi’s thinking was the increasing brutality of the war. He was particularly horrified by images of alleged war crimes in Bucha and other areas in Ukraine occupied by Russian troops, according to a person familiar with his thinking.

He was also stung by criticism. At a summit in Brussels on the night of the Feb. 24 invasion, Draghi opposed kicking Russia out of the SWIFT international banking payments system. The following morning, former European Council chief Donald Tusk tweeted that Italy was among three countries that had “disgraced themselves” by blocking more forceful sanctions.

After that, Draghi sent government officials out to secure new deals in countries including Angola, Congo, Algeria and Egypt to try to ensure Italy will never again depend so heavily on a single supplier.

“Do you want peace or the air conditioning on?” Draghi demanded in an April 6 press conference when asked about the implications of punishing Russia over its aggression.

He’s remained resolute even as Energy Minister Roberto Cingolani warns that if flows are halted this month Italy will have a hard time getting through next winter, enlisting the help of Energy giant Eni SpA to help with his plan to cut off Russian gas entirely in the next two years.

Chief Executive Officer Claudio Descalzi will accompany Draghi on his trip to Washington ahead of the Group of Seven and NATO summits in June. Ukraine will be top of the agenda, and the welcome will be warm. “We’ve taken note of the efforts they, and their leadership, have made and standing up against President Putin,” White House Press Secretary Jen Psaki said last week.

But Italy’s long relationship with Russia raises questions about how durable the shift might be. General elections are due by spring 2023, and Draghi won’t be a candidate.

Other party leaders are already jostling for influence, including The League’s Matteo Salvini, who once wore a t-shirt bearing Putin’s image and Five Star former premier Giuseppe Conte, who struck a deal in which Moscow sent military doctors, PPE and ventilators to Italy early in coronavirus pandemic.

Both Salvini and Conte are voicing skepticism about weapons deliveries to Ukraine, calling instead for renewed peace talks with Putin.

Italian reluctance to confront Russia can be traced back to a strong bond forged during the Cold War, when Italy was home to Europe’s strongest communist party.

Ties were reinforced under former Prime Minister Silvio Berlusconi, who often boasted of his close personal friendship with Putin. Their relationship continued even after the media mogul lost power. Berlusconi backed Russia’s annexation of Crimea in 2014 and later wrote an op-ed in Italy’s biggest newspaper, Corriere della Sera, describing a boycott by Western leaders of Russian celebrations as a “myopic” decision that signaled a lack of respect.

Pro-Russia feelings run deep in Italy’s elite and academia, too. An obscure university professor became an instant television celebrity for his spirited criticism of NATO and European policy on Ukraine. The head of the Senate’s foreign affairs committee posted a tweet just before April 25 wishing Italians a “happy Liberation Day” using the letter “Z”, a symbol of the Russian invasion.