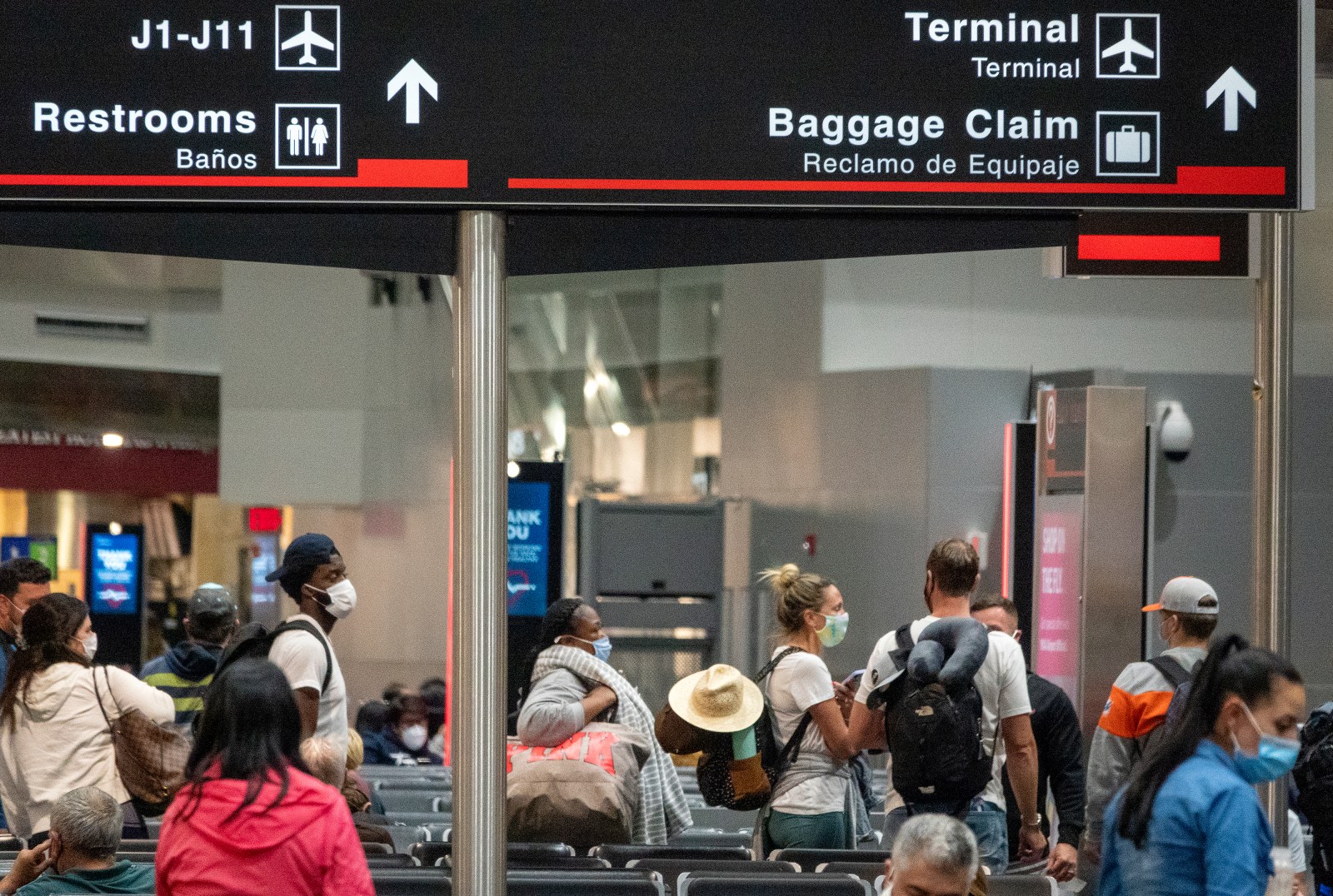 Passengers makes a line at the Miami International Airport on the first day that America?s borders have opened to fully-vaccinated international travelers, in Miami, Florida, USA, 08 November 2021. EPA-EFE/CRISTOBAL HERRERA-ULASHKEVICH

“Given the slow economic recovery of the business and international travel sectors, and in light of medical advancements and the improved public health metrics in the U.S., we encourage you to immediately remove the inbound testing requirement for vaccinated air travellers,” said the letter signed by American Airlines AAL.O, Carnival Corp CCL.N, Marriott International MAR.O, Walt Disney Co’s DIS.N Disney Parks, the U.S. Chamber of Commerce, U.S. Travel Association and others.

Airline executives say many Americans are not travelling internationally because of concerns they will test positive and be stranded abroad.

The letter to White House Coronavirus Response Coordinator Ashish Jha said “the economic costs associated with maintaining the measure are significant,” saying international travel spending is down 78% compared with 2019 levels.

The letter noted many foreign governments “with similar infection, vaccination and hospitalization rates—including

The letter noted that the Biden administration does not require negative tests for entry at land-border ports of entry with Canada and Mexico but only for air travellers.

On April 18, a federal judge declared the 14-month-old transportation mask mandate unlawful and the Biden administration quickly stopped enforcing the rules on aeroplanes and in transit hubs like airports.

In December, the Biden administration imposed tougher new rules requiring international air travellers arriving in the United States to obtain a negative Covid-19 test within one day of travel.

Under prior rules, vaccinated international air travellers could present a negative test result obtained within three days of their day of departure.