The Rose of Soweto Dingaan Thobela on a mission to unea... 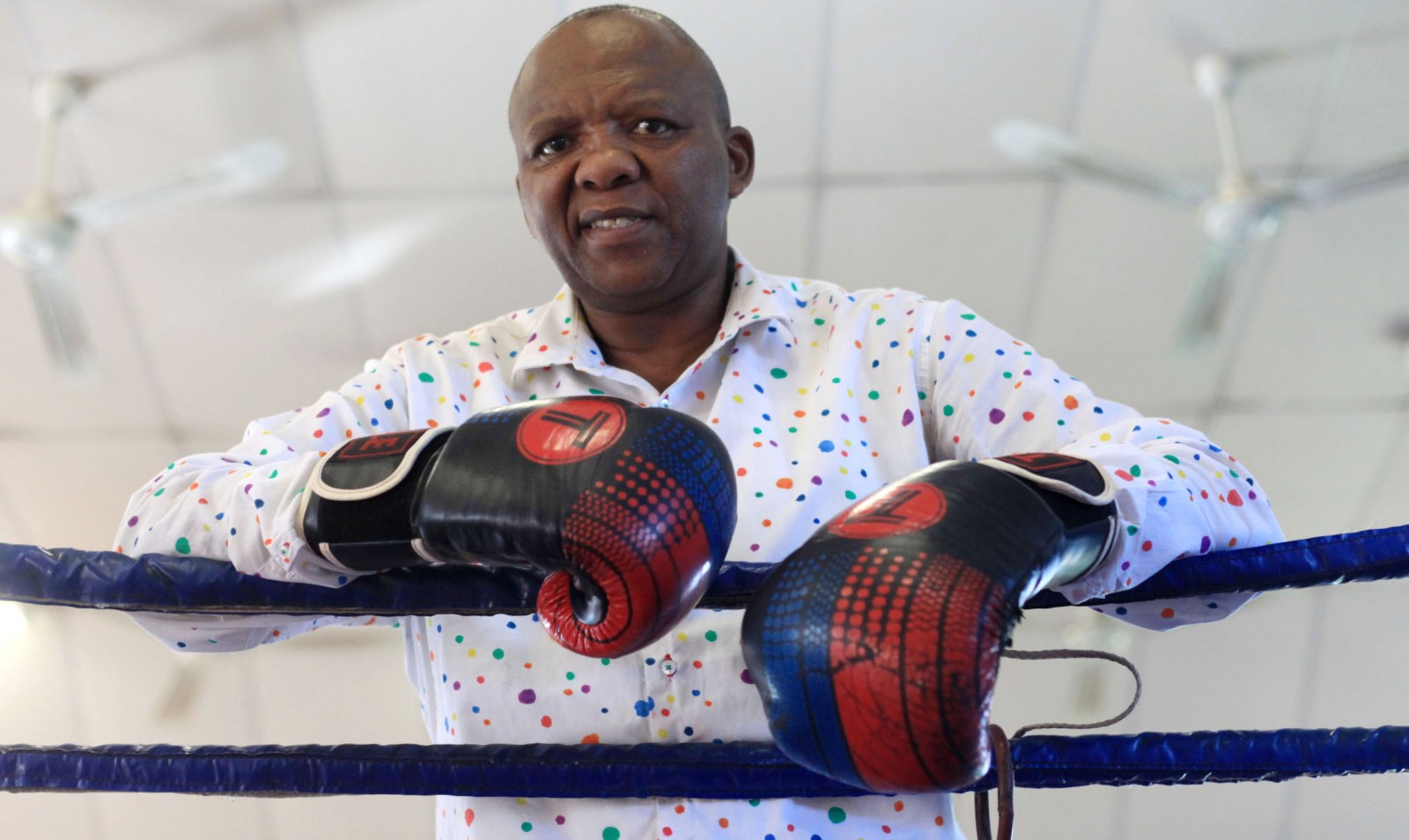 A ripple of excitement fills the Hands of Stone Boxing Academy gym in Central Western Jabavu in Soweto when trainer Norman Hlabane walks in with a familiar figure – former world lightweight boxing champion Dingaan Thobela, aka The Rose of Soweto.

But the buzzing youngsters hold back from approaching their hero.

“Bra Norman is a strict man and discipline comes first when you work with him,” Thobela explains, as Hlabane turns away a youth who had randomly walked into the gym claiming to be a future champion.

Thobela and Hlabane have enjoyed something of a son-father relationship since 1983, when they first started working  together.

“My father realised I liked fighting, just like him. So he spoke to his friend, Bra Norman [Hlabane], to rope me in at his gym as one of his amateur fighters,” recalls the champ, who originally dreamt of being a kung fu fighter like his idol Bruce Lee.

Thobela was born Bongani Mahlangu but was renamed Dingaan by his paternal grandmother when he was a toddler.

Thobela says if it wasn’t for Hlabane he would have become a school teacher, having graduated at the then famous Soweto Teachers’ College of Education in the late 1980s. While at college, he participated in various sports, including football and athletics, but boxing soon predominated and he built an impressive record of 80 fights with only three losses as an amateur.

Thobela retired from boxing in the mid-1990s but is still involved in the sport, although coaching and grooming youngsters is not for him.

“When I started as an amateur boxer in the 1980s, Bra Norman was patient with me and the other boxers. I can’t do what he’s doing here with these young men. Training youngsters needs patience,” he says.

Thobela is in business but spends time scouting for promising ring talent and works closely with Namibian boxing. One of their protégés, Jeremiah Nakathila, beat former champion Miguel Berchelt at Resorts World Las Vegas in the US in March.

With boxing fans now allowed back at fights, Thobela hopes he and other former boxers can help bring back the glory days. For starters, he is helping to secure local and overseas fights for Hlabane’s stable of boxers.

“I want these boxers to be more famous than me. I want them to make more money than me,” says Thobela.

Hlabane points out lanky lightweight champ Busakwe and remarks: “Dingaan started like him. He weighed in at 60kg when he started fighting in the 1980s.”

After the gruelling gym session, The Rose of Soweto chats with the boxers, none of whom was born when he became a world champion in 1993. Thobela confesses he’d like to open a gym, but insists young fighters should take their education as seriously as he did.

“Unlike us, today’s generation has many doors opened for them to be what they want. But, when you choose this sport, you need to be disciplined. These youngsters have a chance of making a lot of money,” he says.

The Rose of Soweto won his professional debut fight against Quinton Ryan on 28 June 1986 via a fourth-round knockout in Eldorado Park, south of Joburg.  A year earlier, he’d won a Transvaal amateur title.

On 21 October 21 1989, Thobela got a chance of a lifetime, billed to fight Francisco Alvarez in San Juan, Puerto Rico, in his 19th pro match. He won and it opened the door to many more overseas fights.

Victories abroad were regularly followed by a motorcade of fans escorting him home from the airport. The late Godfrey Moloi, businessman and philanthropist dubbed The Godfather of Soweto, always led the entourage.

Thobela defended his belt three times before losing it to the WBA lightweight title holder, American Tony “The Tiger” Lopez, on a dubious points decision in the US.

The request for a rematch was granted and Thobela, Hlabane and a team of sparring partners decamped to Houston in the US to prepare for the “fight of my life”.

Billed The Judgment Day, the fight was penned for Sun City on 26 June 1993. The Rose was loved by South African fans of all colours and  the Lopez fight was seen as a nation builder in the political transition.

In their Texas camp, the Thobela team had sparring partners like David Potsane, hard-hitting Jerry Malinga and tough-as-nails Johnson Chuma. They also got the services of Mario Martinez, based in Texas and a man  Thobela had once beaten in a WBO title fight.

Another one-time beaten foe picked as a sparring partner was the stylish Ditau “Diarora” Molefyane.Charismatic Molefyane had also lost to Lopez, so knew what was needed.

“Fighting Lopez wasn’t going to be an easy task. I had to have an A-team of boxers supporting me. All the sparring partners brought in different styles.”

The champ’s only regret is that he never fought South Africa’s other great world champion of the era, Brian Mitchell. He is not giving up, though, saying an exhibition match with Mitchell has been discussed.

He is now a father of six: three girls and three boys. But the chances of seeing another Thobela in the ring look remote. One son is a semiprofessional footballer in Gauteng. Mukurukuru Media/DM168