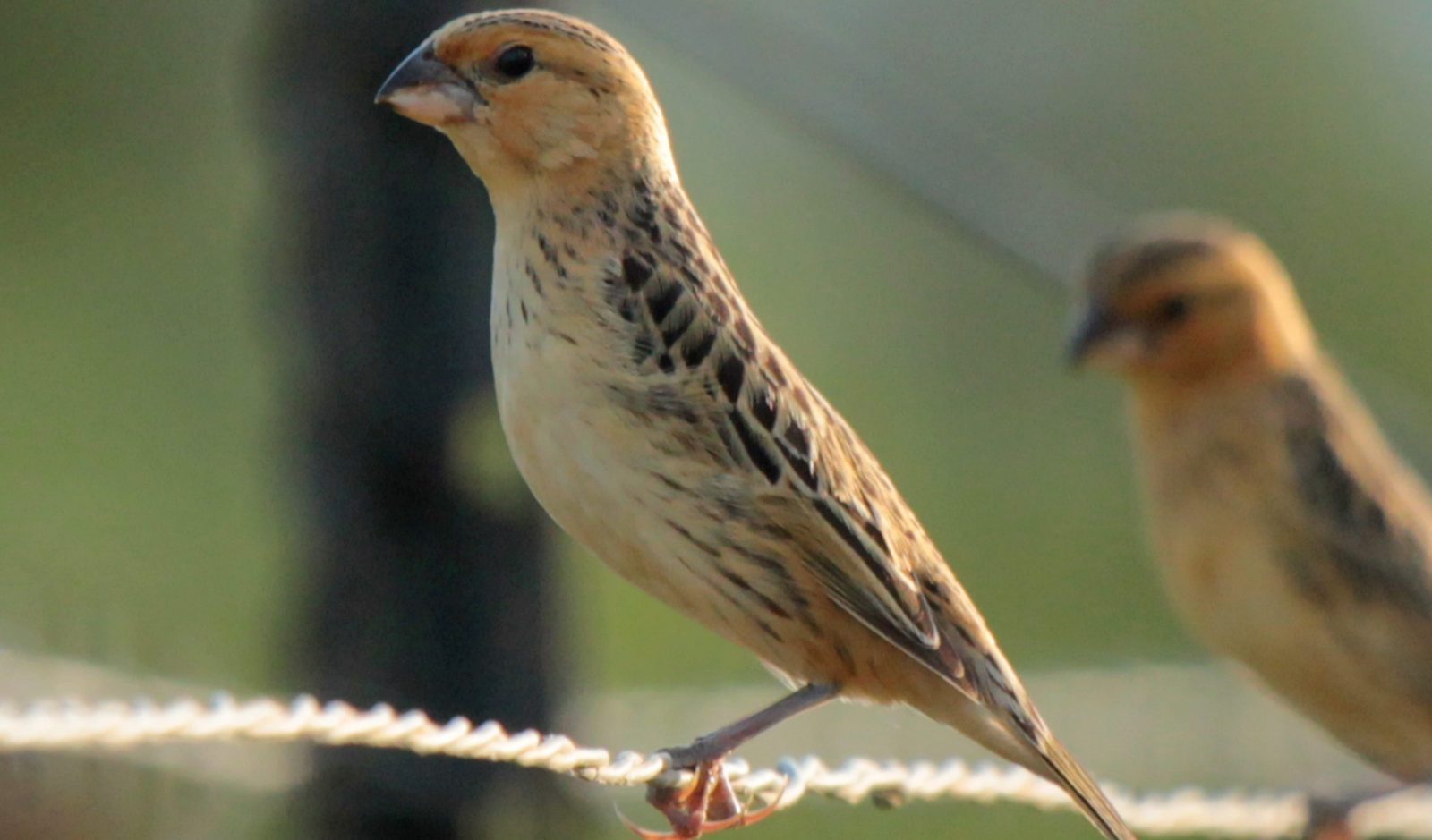 How cuckoo finches and other brood parasitic birds are able to evolve such specialised adaptations to different host species, despite interbreeding between males and females raised by different hosts, has been a long-standing mystery. Until now.

For close to 100 years, it has been one of nature’s greatest whodunnits involving egg forgeries and plenty of deception.

It is all part of an evolving arms race taking place out on the grasslands of Africa between a nondescript brood parasite and the host species it preys on.

The parasite is a small, sparrow-sized bird called a cuckoo finch whose reproductive cycle involves sneaking into the nests of other birds and laying its eggs.

For the cuckoo finch to be successful, the egg needs to be almost identical to its host. If the forgery is spotted in time, the host species will spear the egg with its beak, remove it from its nest and drop it in the grass.

It is the cuckoo finch’s success that is the mystery.

This has puzzled scientists because the usual mix of genetics inherited by both parents should cause the colours of these eggs to vary from mother to daughter, depending on who the father was.

Now genetic research by an international team of scientists led by Prof Claire Spottiswoode from the University of Cape Town’s Percy FitzPatrick Institute of African Ornithology and the University of Cambridge’s Department of Zoology believe they have cracked the mystery – and what they have found is mixed news to those avian egg forgers.

“Cuckoo finches are rather enigmatic birds, and many birdwatchers have never seen one,” says Spottiswoode, who has been studying the birds in southern Zambia, together with colleagues from the local community.

The cuckoo finch is found across sub-Saharan Africa, favouring grasslands particularly close to water sources. And even though the bird is widespread, ornithologists aren’t even sure how many host species the cuckoo finch has.

There could be as many as 10 host species, but the female cuckoo finch will only target one of these in her lifetime.

For the female cuckoo finch to sneak her egg into a nest requires excellent timing and a keen eye. She first needs to spot the nest of the parents that are going to rear her chick.

“They have a small window of opportunity; they need to get their own egg in during the laying period of the host,” explains Spottiswoode.

She and her colleagues found that the secret to the cuckoo finch’s ability to produce eggs that fool their hosts has to do with the W chromosome that is passed from mother to daughter. The W chromosome is similar to the male-specific Y chromosome in humans, in that it is carried by one sex only. Except in birds, it is carried only in females rather than in males.

“So, that means there’s a chunk of DNA that is passed down from mother to daughter, largely unaffected by gene flow from the father. So crucially, this could allow different lineages of females to evolve specialised adaptations that can be carried on, or is regulated by that chromosome that can be passed on to their daughters regardless of who the daughter’s father was,” explains Spottiswoode.

“Our data from the cuckoo finch in Zambia exactly matches that long-standing idea, because we see that females laying different egg types belong to distinct maternal lineages that diverged from each other hundreds of thousands to millions of years ago. Yet they all remain part of the same species, because maternal inheritance means that these specialised females can mate randomly with any cuckoo finch male, regardless of what host species he was raised by, and still pass on their specialised adaptations to their daughters.”

Their findings were published in a recent issue of the academic journal Proceedings of the National Academy of Sciences.

The discovery validates an idea geneticist Reginald Punnett first suggested in 1933. He had hypothesised that European common cuckoos inherited their egg mimicry abilities from their mothers.

Their research involved collecting DNA samples from 196 cuckoo finches from 141 nests at their field site in southern Zambia.

The cuckoo finches were located in the nests belonging to four different grass warbler species. Here, the researchers saw ongoing one-upmanship between host and parasite.

To counteract the cuckoo finches, the grass warblers have become skilled quality controllers. They are quick to reject eggs that differ from their own and they have a secret weapon – each female has a unique signature she leaves on her eggs. It’s a kind of biological watermark that helps her detect intruder eggs.

Cuckoo finches, in turn, have evolved mimicry of some but not all of these host egg “signatures”.

An example of this has been shown in previous studies in one of the cuckoo finch’s hosts, the tawny-flanked prinia, that produces a diversity of egg colours. Cuckoo finches lay eggs mimicking red, blue and white prinia eggs, but not the rich olive green eggs laid by some prinia females.

The new work suggests a likely hypothesis for why cuckoo finches are sometimes unable to mimic all the signature types that hosts can produce: maternal inheritance slows down evolution by forgoing the diversity produced by genetic mixing between males and males.

This likely explains why cuckoo finches can’t “forge” certain egg types produced by their hosts, which the study shows inherit their egg appearance from both parents.

So while maternal inheritance gives parasites an important advantage in allowing them to evolve distinct mimicry of multiple distinct hosts, this could also have a downside in slowing down their ability to evolve to keep up in “evolutionary arms races” with their hosts.

This arms race between host and brood parasite isn’t just about finding ways of passing and spotting egg forgeries. Hosts have evolved other methods to stop brood parasites from laying their eggs in their nests. Some species of weavers, for instance, have lengthened the entrances to their nests, making it harder for cuckoos to enter.

“I have seen on three occasions where weavers have trapped cuckoos trying to get into their nest. With those entrance tunnels they sometimes get stuck.”

And when this happens, the whole community of weavers will rush in and effectively weave the cuckoo into the nest. They seal her in,” says ornithologist Geoff Lockwood, who wasn’t involved in the cuckoo finch study.

Brood parasites are fighting back too, by using new methods of deception.

“What we think might be happening with some of the honey guides, is that the male hangs around causing trouble, showing himself and driving the host species frantic. They then go and chase it away, and while the chase is on, the female sneaks in, drops an egg and takes one of the hosts eggs away,” explains Lockwood.

But this is a war the brood parasite can’t win outright.

“If they are too successful, then the host population is depleted to the point where it’s almost impossible to find a nest – then the cuckoo or brood parasite will also go into massive decline,” says Lockwood. DM/OBP