Meat the pioneers – Cape firm makes Africa’s first lab-grown burger, with a side order of conscience 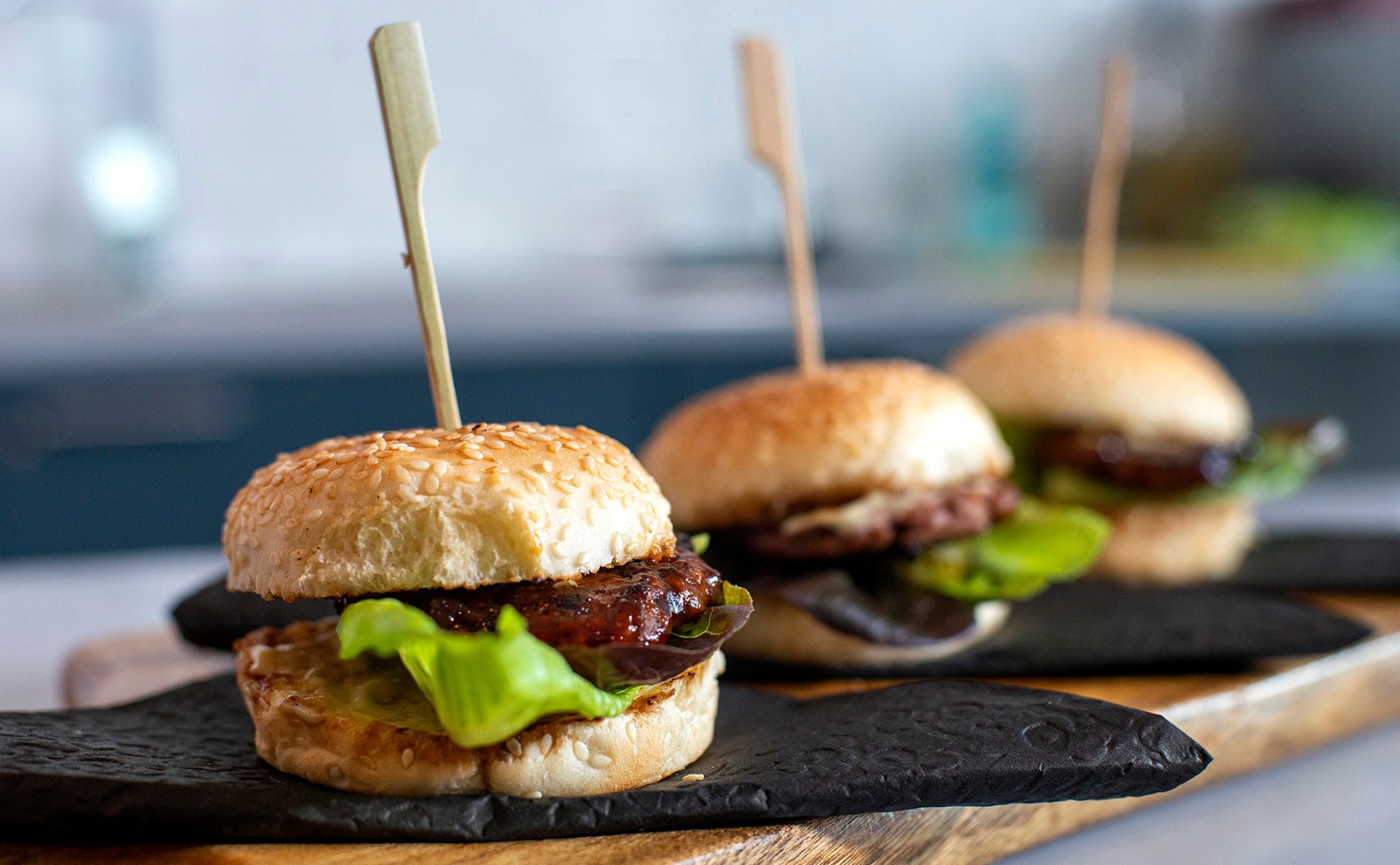 You enter the building from the busy street, ears ringing with the sound of hooting and the rumbling of eternal construction and traffic. Though it’s only a few metres from all this hubbub, the BioCiti labs in Cape Town’s Woodstock Exchange feel a world away, quiet except for the hum of machines. Not only is BioCiti labs’ location surprising, so is what’s being created inside.

At Mzansi Meat, science is trying to match our lust for lunch, our hunger for the hamburger – but without the challenges and negative climatic impacts of ordinary food systems. Chief financial officer Tasneem Karodia spoke to DM168 from the company’s office and laboratory.

Making an impact, one burger at a time

Like many journeys to vegetarianism, Karodia’s began in childhood. At 16, she learnt about methane and the contribution of animal agriculture to climate change, and stopped eating red meat immediately. Fast-forward to 2020 and Karodia was working in management consulting, but hadn’t found a field she was passionate about.

“I was living in Finland in 2020 and saw the emergence of more options, whereas in South Africa, although we have [alternative protein] options, they’re more expensive and not accessible to the average person, and so being vegetarian or being vegan seemed inaccessible and for the rich.”

Since 2018, her “interest and passion developed for food systems and seeing how we could make them more efficient”. And so, in 2020, she ditched the consulting job and found her way to Mzansi Meat, which she co-founded with Brett Thompson.

In 2013, back when the first lab-grown burger was made, every company that wanted to make cultivated meat had to do everything themselves. That has changed substantially.

Thompson has worked in animal advocacy for many years and has spent a lot of time trying to understand why we eat some foods and not others. He learnt that telling people to reduce their meat consumption in countries like South Africa, where meat is not just meat but culture and family and sharing and so much more, is a difficult task.

“South Africans, and people in general, like meat. It’s cultural and part of what we’re used to. So, to make a change for the average person is very difficult,” says Karodia.

“We want to give consumers the thing we love – meat. The main aim now is to make the same meat, just better, through this new technology,” says Karodia.

The company started in the weeks before the Covid-19 lockdown and initially it was just a name and website. Now it’s a team of entrepreneurs and scientists.

But what exactly is cultivated meat?

A short history of the lab-grown burger

Meat that is not from animals has been in the pipeline for at least the past decade. The first cultivated meat burger was developed in the Netherlands and was eaten in London in August 2013.

“The first burger cost $250,000 to make – a crazy amount for a beef burger. Back then it was very much universities and research institutions doing research, whereas now you have companies trying to create a commercial alternative meat product,” says Karodia. Mzansi Meat wants to make a burger that matches the price of a conventional meat burger.

Her burger begins with a cow named Galaxy at the Greyton Farm Animal Sanctuary. Galaxy is sedated, and a small sample of cells are removed. Within an hour she’s up and roaming again. The harvested cells have the potential to create a trillion new cells, if they’re given the right conditions and a growing media with all the vitamins and minerals they need.

In 2013, back when the first lab-grown burger was made, every company that wanted to make cultivated meat had to do everything themselves. That has changed substantially,  says Karodia.

She explains that in 2015, there were just five companies involved in this space and now there are more than 100.

Mzansi Meat’s vision is to become the largest cultivated meat company in Africa.

According to Karodia, when Mzansi Meat begins operating at scale, it will be possible to go from cell to burger in a little more than a week.

Meat without the animals matters

Many of us, when we nosh on a burger, are not really thinking about the animal we’re eating, let alone the grass it was standing on.

But the urgency of climate change, growing populations and zoonotic diseases say we should.

Globally, about 80 billion animals are reared and slaughtered each year, according to the World Wildlife Foundation. What’s more, the United Nations Food and Agriculture Organization estimates that emissions from animal agriculture represent at least 16.5% of annual anthropogenic greenhouse gases, probably more. Beef and dairy farming are the first and third-worst greenhouse gas-emitting food products respectively and contribute significantly to global climate change. Changing the way we farm (or don’t farm) beef and other animals for food has a massive impact on our climate.

Cultivated meat requires far less land space and generates significantly fewer greenhouse emissions. In 2013, the BBC reported that one cow that was killed for cultivated meat had the potential to make one billion burgers – far more than the estimated 800 you currently can get from a cow.

Mzansi Meat is avoiding animal slaughter altogether. One cow has infinite potential, which means you don’t need all that land; nor do you need to produce those harmful methane gases.

“Sustainability is at the forefront of what we’re doing. For me it’s very important that we consider every step – the energy consumption, [and] the difference in land use and water consumption, especially in South Africa, where that’s a massive issue,” says Karodia.

Eating animals is also linked to many zoonotic diseases that can affect humans – Covid-19 is just one. So, although some may be suspicious of meat grown in a lab, cultivated meat is a far safer way to eat.

Karodia explains that “a lot of what we eat is probably not what our ancestors ate, and a lot of what we eat daily is highly processed. So, if you’re looking for a healthier alternative, cultivated meat is much more controlled than the conventional way of making food.”

Of course, it’s not going to work out unless the burger tastes like a burger. On 12 April 2022, the company launched its first cultivated meat burger to chefs, investors, the media, restaurateurs and public officials.

Three sliders were prepared by vegan chef Jason McNamara of The Kind Kitchen. The burgers were placed delicately on a bed of lettuce on a roll with a light coating of mayonnaise. Never have three burgers been more photographed.

They were eventually tasted by Mzansi’s head of taste, Absie Pantshwa, as well as Karodia and alderman James Vos of the City of Cape Town. It’s safe to say, they passed the test.

Vos, who had earlier professed he had “no beef with beef”, said the burger tasted like real beef and encouraged restaurateurs to put the product on their menus.

Pantshwa, who is the daughter of a cattle farmer and a chef in her own right, and who had eaten her first vegetarian burger just a week previously, agreed: “It is meat, at the end of the day.”

She joked: “Here’s to not so many more meat-free Mondays.” DM168