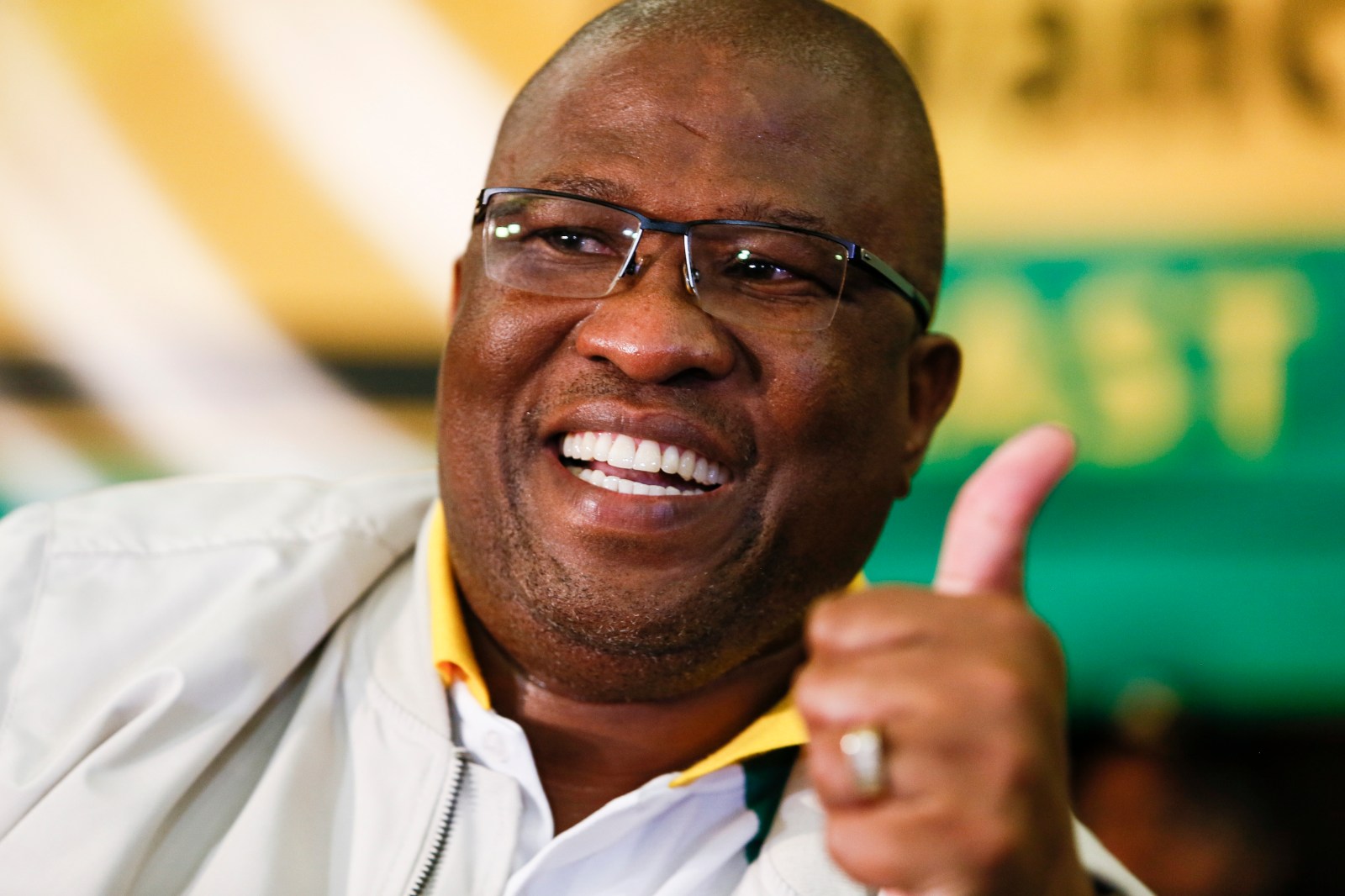 After delays, disputes and litigation throughout the weekend, the ANC in the Eastern Cape has finally elected its leadership. Oscar Mabuyane will get an opportunity to lead the province for a second term and has endorsed President Cyril Ramaphosa for another opportunity to whip the party into shape.

Newly-elected ANC chairperson Oscar Mabuyane has tightened his grip on the party’s Eastern Cape structures after he was re-elected to lead the province alongside Mlungisi Mvoko, Lulama Ngcukayitobi, Helen Sauls-August and Zolile Williams.

Williams is the only newcomer in the group, occupying the treasurer position which was once the duty of Mabuyane’s competitor, Babalo Madikizela.

Mabuyane’s win will boost ANC president Cyril Ramaphosa’s re-election campaign. The Eastern Cape will have a significant number of delegates at the national conference, which is set to happen at the end of the year and with the backing of Mabuyane, Ramaphosa could be looking at a comfortable win.

[WATCH] Mabuyane supporters celebrating after he is announced as the winner. #ANCEC2022 pic.twitter.com/pT8OqLs9On

Speaking to the media after the results were announced, Mabuyane expressed the need for party president Cyril Ramaphosa to be endorsed. He went on to hail Ramaphosa for being courageous enough to have taken major steps towards organisational renewal.

Out of the 1,477 votes cast, Mabuyane managed to secure 812 while his opponent Madikizela only managed to get 662 votes.

The unexpected occurred when former Nelson Mandela Bay councillor Andile Lungisa received fewer votes than Williams, who is currently the Joe Gqabi Municipal Manager. While Lungisa was initially the only member to have reached the threshold to contest the treasurer position, a nomination for Williams came from the floor. Williams received 799 votes while Lungisa only received 673.

The next conference which will have an important bearing on the outcomes of the national conference  in December is that of the KwaZulu-Natal province in a few months’ time. The eThekwini region has been won by those opposing Ramaphosa and with Zandile Gumede back at the helm, it could be a hard nut to crack for the governing party’s leader.

Ramaphosa was expected to arrive in the Eastern Cape on Monday to deliver the closing address of the conference. (See update below)

The weekend’s nomination and election process hit a snag when opposing slates could not agree on conference credentials.

Delegates aligned to Madikizela were still disgruntled over the Dr WB Rubusana region’s involvement in the voting process. This is despite having their court bid to interdict the region from participating in the conference being struck off the roll with costs by the high court in East London on Saturday evening.

There were also queries about veterans who were listed as voting delegates. Some argued that there was no legitimate veterans structure in the province, so it made no sense for them to participate.

The provincial task team’s head of communications Stella Ndabeni- Abrahams, aligned with Mabuyane’s Buya slate, also mentioned that Madikizela’s supporters were disrupting proceedings by breaking out in song while credentials were being discussed.

She also allayed fears that the conference would collapse or that the tension between opposing slates would result in a repeat of the 2017 “festival of chairs” chaos.

“No one is going to pick up a chair, security has been tightened inside,” Ndabeni- Abrahams said.

The steering committee, consisting of ANC national executive committee (NEC) members, had a meeting to find a way to deal with these issues and then make another attempt to present the credentials report.

The second time around the process went ahead smoothly with delegates reaching a consensus which meant that credentials could finally be adopted.

Once this process was completed, nominations were finally announced.

UPDATE: ANC president Cyril Ramaphosa was all smiles upon his arrival at the East London International Convention Centre on Monday afternoon. This was shortly after his ally, Oscar Mabuyane, managed to clinch another term as the party’s provincial chairperson.

The president is riding the unity and renewal wave in an attempt to whip the party into shape and pave his own path towards the national conference, in the hopes that he will be re-elected.

He started off by congratulating the Eastern Cape structures for electing leadership under precarious conditions, which almost led to the collapse of the conference. Ramaphosa then urged members to halt any kind of lobbying and instead encouraged them to unite under the elected leadership.

“It is therefore vital for the ANC in the Eastern Cape to unite behind the leadership elected at this conference. We must do so regardless of what our leadership preferences were … The intensity of the leadership contests at our conferences should not preclude us from moving forward as a united and strong organisation.

“Ill-discipline, factionalism and other deviant tendencies continue to plague our movement. This movement must be principled & decisive in dealing with instances of ill-discipline, sowing divisions and all ills that bedevil organisational ethos and processes,” he said

Ramaphosa further spoke about reviving the Eastern Cape’s economy and finding more opportunities to attract investments to the province.

“Effectively responding to the challenges facing the Eastern Cape and our country, in particular creating more jobs and fighting poverty, requires a strong and united ANC committed to serving the people.