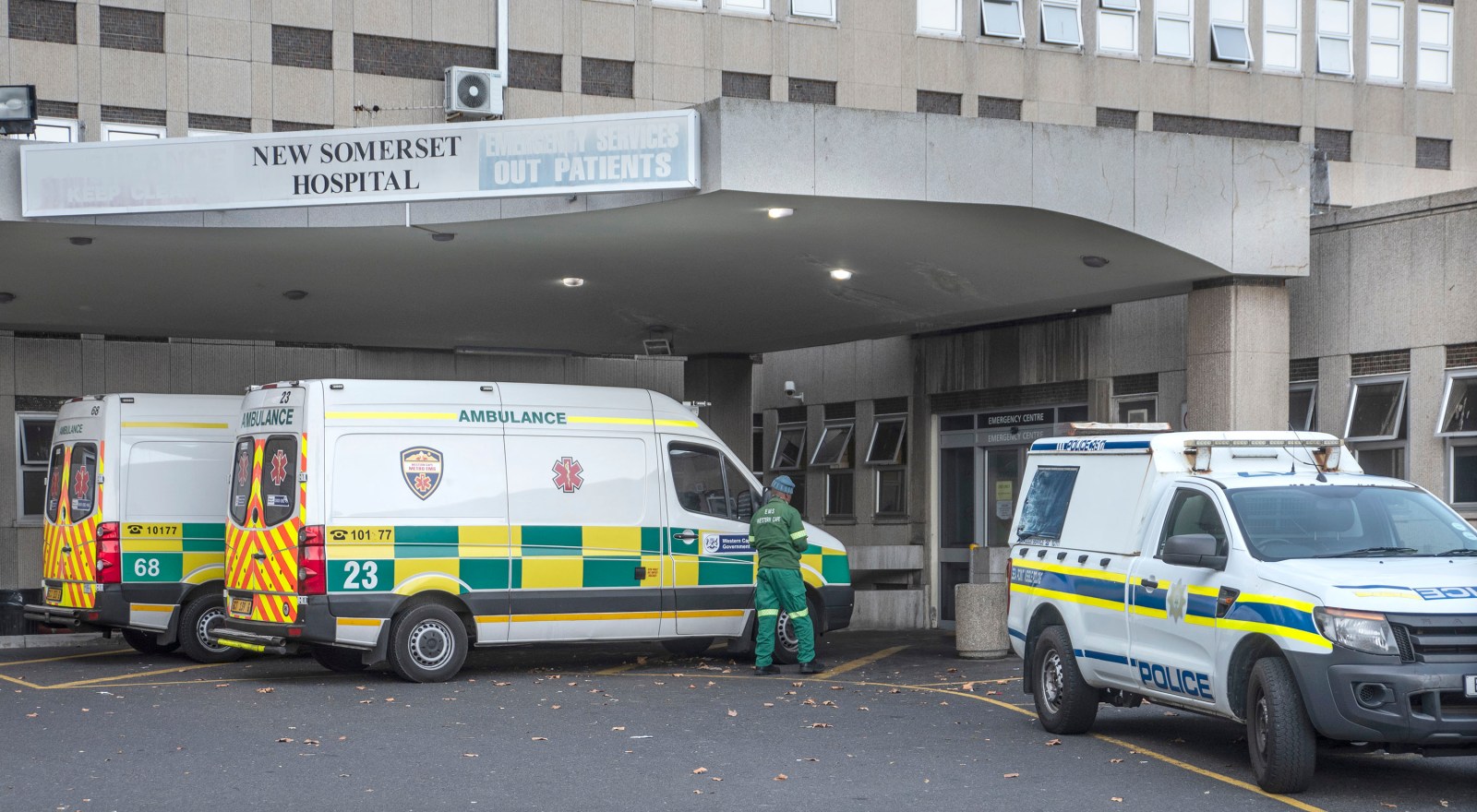 The New Somerset Hospital in Cape Town erupted into violence on Saturday when a man shot and killed three people inside the facility. The victims included a police officer and two patients. All were shot in the head.

What is normally a place of healing was turned into a crime scene on Saturday after a gunman killed three people.

The drama unfolded at the New Somerset Hospital in Cape Town on Saturday around 6pm when a scuffle broke out between a man and a police officer. The man managed to disarm the officer, shooting him first. According to police, he proceeded to a ward where he allegedly shot two patients, one by the name of Gerrit Carolus, 48, from Laingville in St Helena Bay. The second victim’s name is not yet known. Both men died at the scene.

Constable Donay Phillips, 32, from Sea Point police station, succumbed to his injuries in the early hours of Sunday morning.

Members of Carolus’s family said he had suffered from bipolar disorder since 1992 and had been receiving treatment for a leg injury that had turned gangrenous. He was admitted to the hospital on 6 April and was scheduled to have his leg amputated on Sunday.

Daily Maverick has been in contact with the Carolus family since 2.30am on Sunday, when they travelled from Laingville to Cape Town.

On Sunday morning, the Carolus’s mother, Magrieta Carolus, his sister Amanda Bodkan and other family members went to the hospital and were briefed by Dr Jacques Hendricks.

The doctor explained that Carolus had been booked into the hospital as a psychiatric patient. Carolus shared the ward with five other patients.

A man suspected of involvement in a robbery was in an adjoining ward being guarded by Constable Phillips.

A patient in Carolus’s ward was discharged at 3pm on Friday, but returned and reportedly smashed a light. Phillips went to investigate.

“There was a scuffle and the suspect disarmed the police officer and shot him in the head. The suspect then allegedly went back to the ward and shot Gerrit and the unknown person in the head,” said Dr Hendricks.

“I am shocked and deeply saddened by the loss of three residents during this horrific incident,” said Winde. “I also want to join the department in praising our healthcare workers who under the most trying time continued to serve the people of our province.

“We expect a full investigation into this matter so that we can understand exactly what happened. This can never be allowed to happen again.”

Allen condemned the shooting. “It is gut-wrenching that an officer should lose his life in this manner. We regard an attack on the police as a direct attack on us all.”

“His colleagues recall a very neat police constable who was exemplary in conduct and friendly. In uniform, he carried the SAPS badge with dignity. The pain the station members feel will linger for days,” Mouton said.

The suspect is under arrest and faces three counts of murder. He will appear in court once formally charged. DM