Jet fuel shortages at OR Tambo International; Acsa to update on Monday 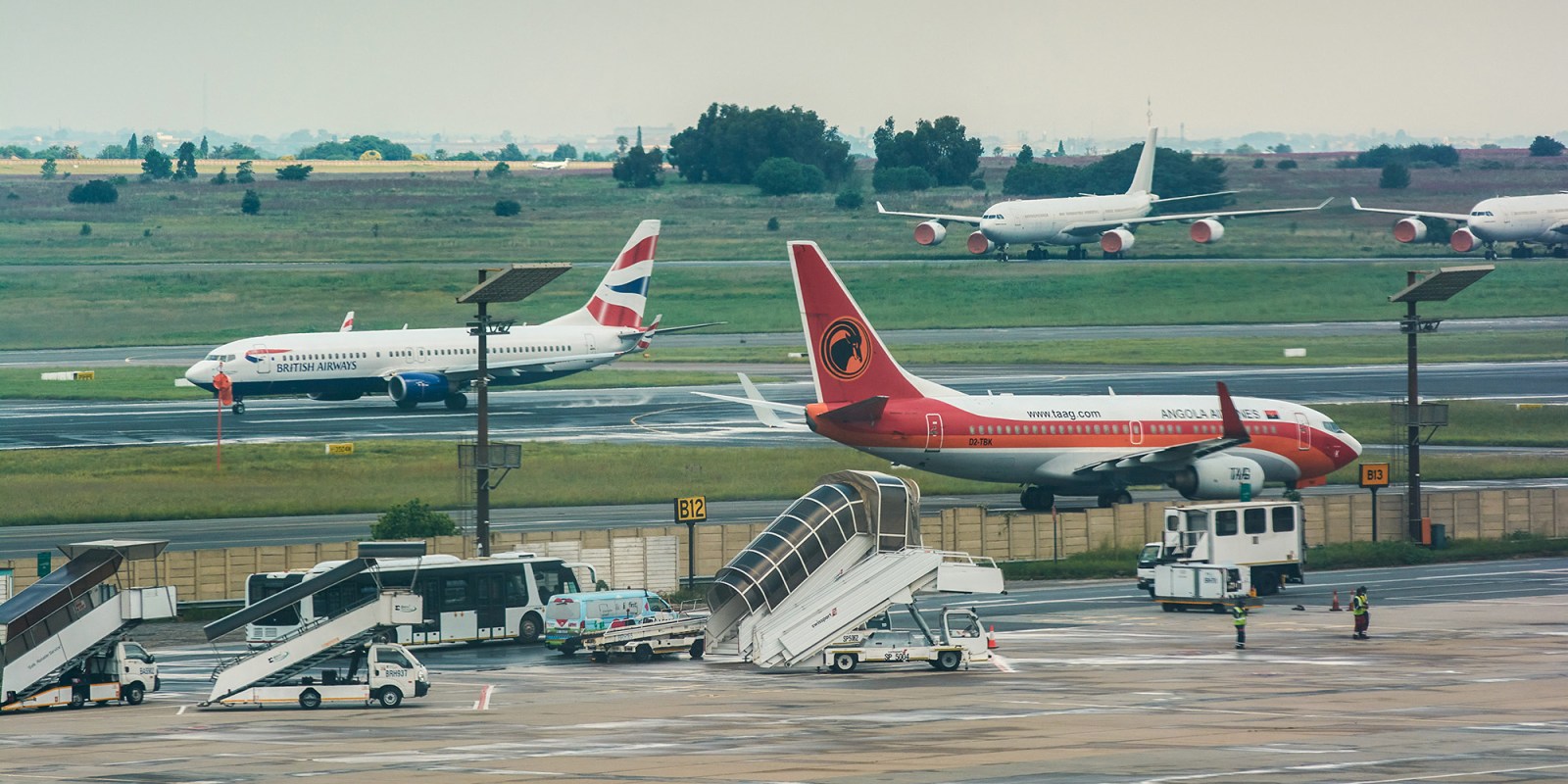 Airliners on the tarmac at OR Tambo International Airport. (Photo: Waldo Swiegers / Bloomberg via Getty Images)

Jet fuel shortages at OR Tambo International Airport continue as the Airports Company South Africa declines to confirm or deny speculation that the situation has deteriorated even further.

In the wake of jet fuel shortages reported at Johannesburg’s OR Tambo International Airport, Airports Company South Africa (Acsa) CEO Mpumi Mpofu and “other executives from different organisations that are part of the jet fuel value chain” will provide media with an update on the situation on Monday, 9 May.

The media briefing comes amid suggestions on social media that fuel supply issues at South Africa’s largest airport have deteriorated to the point that international flights have been cancelled. While this has not been confirmed, and the list of departures suggests this isn’t entirely the case, the gathering of executives suggests something serious is amiss.

Asked by Daily Maverick on Sunday whether international flights were being cancelled and whether the planned briefing was in response to fuel supply issues, Acsa spokesperson Samukelo Khambule was tight-lipped.

“We will be having a media briefing tomorrow (Monday). The purpose of the briefing is to provide an update as well as for the media to pose questions to the various executives.”

In a statement on 26 April, Acsa said: “The supply of jet fuel to airlines flying in and out of OR Tambo International Airport is stable and continues to meet the demand of airlines.” This was “in spite of disruptions to the transportation of the jet fuel value chain as a result of many factors, initially starting with the railway infrastructure damage caused by recent floods in KwaZulu-Natal.

“As a result of the floods, approximately 140 sections of Transnet freight rail lines were damaged on the route to Johannesburg. Of the 67 rail tanks en route to OR Tambo International, only 11 arrived, with 56 remaining behind.

“It is estimated that Transnet Freight Rail (TFR) will only be able to repair the damaged rail infrastructure by the 9th of June, and this has necessitated Acsa, TFR and oil companies to develop an interim plan to have sufficient jet fuel at OR Tambo International Airport.”

Acsa’s April statement explained that the airport was “currently operating on three to four days’ worth of stock, which will be sustained over the next six weeks”.

It said that the company had confirmation from the National Petroleum Refiners of South Africa of an additional supply of 14 million litres of jet fuel. In addition, Acsa said at the time, they expected a shipment of 10 million litres on 5 May, which they said would “assist in stabilising Acsa’s fuel levels to approximately three to four days’ worth of stock”.

On 5 May, a ship carrying a consignment of fuel berthed in Durban harbour, according to Transport Minister Fikile Mbalula.

In line with the Minister’s reassurance, a ship carrying a consignment of fuel arrived at the Durban Port on 5 May 2022.

The Airports Company South Africa (ACSA) has given an assurance that overall stock levels are stable. pic.twitter.com/LbzFdGEIyJ

Despite Acsa’s claims of having a stable fuel supply, some airlines have had to make alternative plans.

Fin24 reported that Boris Ogursky, Lufthansa Group’s spokesperson for Europe, the Middle East and Africa, said on Thursday that “due to the continued fuel shortage at Johannesburg, Lufthansa and Swiss had to adapt to flexible operations in order to ensure our flights to and from Johannesburg”.