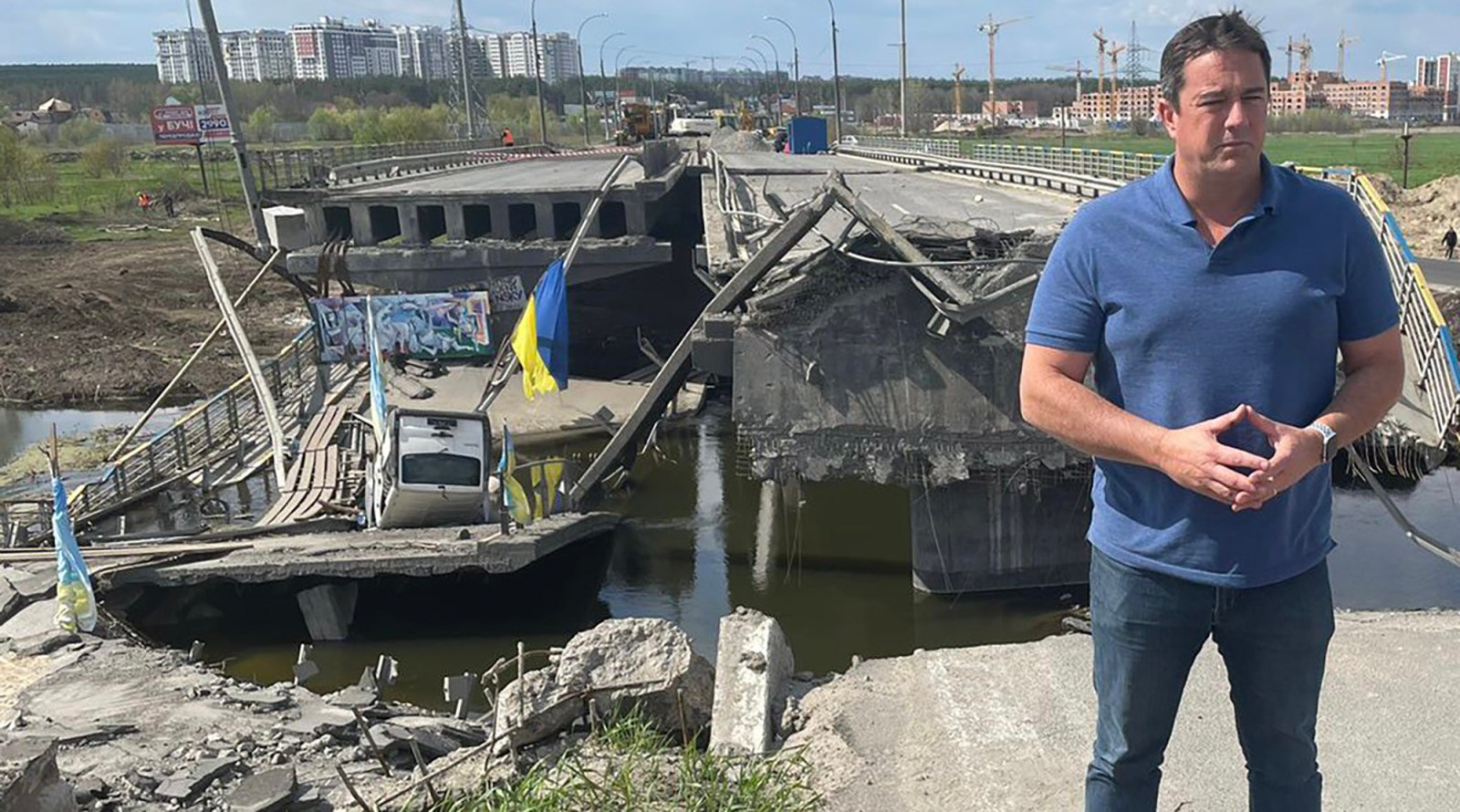 DA leader John Steenhuisen has confirmed that his six-day “fact-finding mission” to Ukraine, which ended on Friday, 5 May was funded by the Brenthurst Foundation.

John Steenhuisen will arrive back in South Africa on Saturday following a nearly week-long visit to Ukraine on a fact-finding mission.

In a WhatsApp message after his arrival in Warsaw on Friday afternoon, Steenhuisen said it’s “been a very gruelling trip to be honest”.

Steenhuisen earlier refused to disclose details about the funding of his trip or the names of his travel companions.

He said the foundation’s aim was to provide “a level of education” about international issues.

“The role of the foundation is to expose people to best and worst practices,” he said.

The foundation has funded a number of trips for politicians from across the spectrum, such as the monitoring mission during the Somaliland elections last year.  The foundation covered that trip as well which Steenhuisen declared in the register of members’ interest.

Steenhuisen came under fire this week as questions were asked about who backed the trip, but he has only been willing to disclose that it was a “private funder”.

Mills cited security reasons for the secrecy while they were in Ukraine. “When you’re in a place like Ukraine you have to be discreet about your movements,” he said. Ukraine has been under attack by Russia for over two months and a lot of the country’s civilian architecture has been destroyed.

He said the trip was tough, particularly the drive to Kyiv, which was 700km from the border. There were often long detours, he said.

“I admire John for having done this. Maybe some others will follow.”

Mills had been to Ukraine twice before in two months, and the idea for Steenhuisen to join him had come up while in conversation.

“The importance of taking John is that there is a parliamentary voice. It’s incredibly admirable. How many politicians would put themselves in harm’s way?”

At places where battles were recently fought they had to walk in each other’s footsteps because of unexploded ordnance, Mills said.

Throughout his trip, Steenhuisen emphasised the economic repercussions the war in Ukraine has on Africa, especially food prices.

The DA leader has previously criticised the government’s decision to remain neutral in the conflict since “we have clear and undeniable evidence of injustice”.

This was with reference to the destruction brought about by Russian attacks in Ukraine, of which he posted pictures on Twitter on Monday.

“This is a war for freedom,” he said in a video message on his timeline. “Ukraine has now become the new frontier of freedom in the world, in the battle against tyranny and imperialism. It is important that we understand, particularly in Africa, what the impact of this war on our continent and especially in South Africa will be.”

Ukrainian ambassador to South Africa, Liubov Abravitova said she saw Steenhuisen when he applied for a visa, but that her government had nothing to do with the organisation of the trip.

She said, however, that there was a longstanding invitation for National Assembly Speaker, Nosiviwe Mapisa-Nqakula, from her Ukrainian counterpart to visit.

Steenhuisen failed to inform the South African authorities of his travels – something that is not a legal requirement, but which the Department of International Relations and Cooperation has encouraged citizens to do when they go to conflict zones.

The DA leader said, however, that the department “has actively sabotaged meetings with role-players” before. During his last trip to the Middle East some meetings he had set up in with Palestinian authorities were cancelled due to what he believed to have been South African government interference.

Following the visit he will report back to his party, Parliament, civil society and international foreign policy think-tanks.

“I will prepare a written report which Dirco can read if [it wishes],” he said.

The Brenthurst Foundation was established in 2004 by the Oppenheimer family to build on the work of the Brenthurst Initiative, which was a programme that “instigated debate around policy strategies in South Africa to accelerate economic expansion”. DM